Peace Obi reporting from Finland
The Director-General of United Nations Education, Scientific and Cultural Organisation (UNESCO), Ms. Irina Bokova, has called on governments around the world  to stand and remain united in the pursuit of press freedom and the right to access of information. According the Bovoka, a robust journalism requires a strong environment of press freedom and well-functioning systems to ensure the people’s right to know.
She added that this is a moment for governments to stand with all journalists, to defend their safety.

Speaking during the opening ceremony of the 2016 World Press Freedom Day in Helsinki, Finland with a theme ‘Access to Information and Fundamental Freedoms: This Is Your Right,’ Bokova said freedom of expression goes to the very heart of what it means to be human and that it is essential for human rights and dignity for nations’ aspirations for sustainable development, for common determination to build lasting peace.

“At this time of turbulence and change across the world, including new challenges that require global cooperation and action, the need for quality information has never been so important – this requires a strong environment of press freedom and well-functioning systems to ensure the people’s right to know.

Deliberating on some of the key highlights of this year’s WPFD, she said: “In marking these anniversaries, WPFD this year highlights the importance of free and independent journalism for advancing the 2030 Agenda. This includes the safety of journalists.
“At a time when, tragically, a media professional is killed every five days. Over the past decades, 825 journalists have lost their lives and what makes it worse is less than six per cent of the killings have been resolved.”

Enumerating on some of the UNESCO’s efforts as a United Nations agency mandated to promote press freedom, Bokova said “guided by the United Nations Plan of Action on the Safety of Journalists and the issue of Impunity, UNESCO is working with governments around the world to create a free and safe environment for journalists and media workers everywhere.

“In Iraq, Nepal, Pakistan, South Sudan, in Brazil, Guatemala, Honduras, Mexico, Liberia, Jordan, and Somolia, we are working with governments with professional associations, with educational institutions, with justice ministries and security forces. I call today on every government, to respond to calls for information on judicial follow-up, Bokova urged.

Speaking on the three unique events that stand out the this year’s WPFD, said that the 2016 WPFD coincides with three important milestones – the 250th anniversary of the world’s first freedom of information law, covering both modern-day Sweden and Finland, the 25th anniversary of the adoption of the Windhoek Declaration of press freedom principles and the first year of 15 year life-cycle of the Sustainable Development Goals.

Stressing the need to extend the defence for the fundamental freedoms to include digital journalism, also urged journalists to remain relentless saying that “it is a moment to shine light to access and share information, to succeed, we must be relentless and outspoken, we need every voice to be heard – especially those of women, she said

In his opening remarks, the Prime Minister of Finland, Mr. Juha Sipila, noted that there was a strong link between freedom of expression, freedom of the press and democracy. Addressing journalists and other stakeholders from over a hundred countries, Sipila hinted that Finland is a model country when it comes to freedom of the press and that freedom of expression lies at the heart of democratic societies, as well as a prerequisite to democracy and an open, transparent, just and well-functioning society based on trust.

According to the Prime Minister, “Good governance means openness and transparency, and citizens must demand it. Citizens, politicians and public authorities alike have an interest in an independent and professional media. We need good journalism that is based on facts and accuracy.

Speaking further, Sipila revealed that transparency and freedom of expression are the best means to fight corruption. “Finland is one of the least corrupt countries in the world and this correlates – I believe – with the high level of freedom of the press in our society.”
Hinting that the best way to fight against the spread of misinformation and speculative reporting carried out through the social and traditional media is to ensure that the conditions under which media professionals operate allow for diverse and independent high-quality communications.

Speaking further, Sipila said, “Hosting this event in 2016 has a very special meaning for us Finns. This year, we – together with Sweden – are celebrating the 250th anniversary of our Freedom of the Press Act. Issued in 1766, on the initiative of the Finnish parliamentarian Chydenius, it was the first-ever act on freedom of information in the world.

The Executive Chair of the Namibia Media Trust, Ms. Gwen Lister in her keynote address said that while the world celebrates the 25 years of the Windhoek Declaration affirming the need for journalistic freedom and independence, the state of press freedom around the world has been in serious decline and against the objectives of the Declaration. “Twenty five years ago today the Windhoek Declaration affirmed the need for journalistic freedom and independence. Since then reversals in the overall media environment have brought much of the commitment to the brink of the abyss in terms of prevalence of repression and oppression. Now, new and extremely daunting challenges face the media in Africa.”

Pointing that about 19 countries in Africa have adopted Freedom of Information laws, however noted that many of the countries were far from the ideal as many lack the corresponding political will for its implementation. “While there are positives in the fact that 19 countries in Africa have adopted FOI laws, some of these are far from ideal and laws alone do necessarily guarantee access.
“A country like Ethiopia has FOI and yet journalists there are jailed and charged under anti-terrorism laws simply for doing their job.”

Stressing the need for independent media, Lister said that it is not only essential for the right to impart information, but it is also for the right of the public to seek and receive it. Stressing that the challenge now is how to strengthen civil society voices and deepen democracy through the entrenchment of freedoms can be better achieved, said “while the current forecast is a bleak one, it is essential that we seize on the positives to create momentum for change if media freedom is not to shift further into reverse. The answer may lie in initiatives like collaborative and cross-boarder investigative journalism, Lister said. 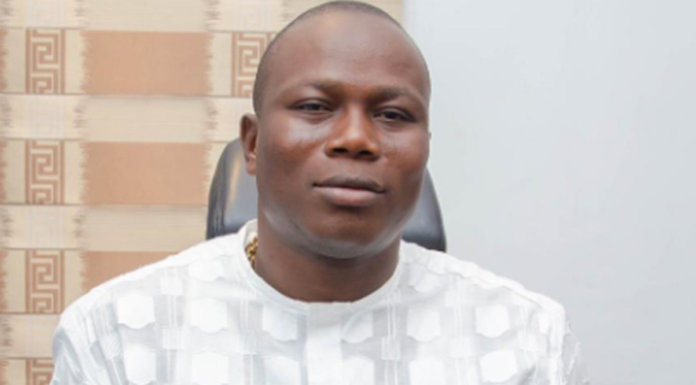