Paul Obi in Abuja
The Academic Staff Union of Polytechnics (ASUP) on Thursday threatened the federal government that it would resort to another round of industrial action should government continue to ignore its demands it reached with the union in 2012.

Speaking with journalists in Abuja, ASUP President, Usman Dutse, explained that several agreements ASUP and government signed in 2012 were yet to be implemented. He listed the agreements to include, non-implementation of CONTISS, poor state of polytechnics, underfunding of the sector and lopsidedness in funding by TETFUND, dichotomy between HND and bachelors’ degree, non-implementation of NEEDS assessment report on polytechnics, delay in the passage of polytechnic act and review of scheme of service among others.

According to Dutse, “It is expedient for us to state that this is not the first time we are bringing to the fore the challenges confronting the education sector in Nigeria, particularly the Polytechnic sub-sector and the demands our union had placed before government as far back as 2012.

“You may recall that these were some of the issues that had compelled our union to embark on a nine-month strike between October, 2013 and July 2014. That long strike was suspended owing to the intervention of the National Assembly; the passionate appeal of parents and other stakeholders in the sector; and on the promise by the federal government to resolve the 13 points demand of the union within three months beginning from July, 2014.

“Since the suspension of that strike, none of the contending issues has been resolved by government. What we have rather is the addition of new problems to the myriad of existing ones. The scenario obviously suggests that the coming years will be grim and marked by sluggish growth and total neglect of the sector.”

Dutse stated that “there is no gainsaying the obvious that education at all levels in Nigeria is on a steep and steady decline. The situation has been aggravated by the lack of moral and political will by governments to diligently pursue the execution of policies and to demand for accountability by officials and policy implementers. We have also consistently failed as a nation to draw lessons and copy challenges from other developed economies of the world and this has resulted in the deplorable situation we have found ourselves today.

“We are aware that the issues between government and ASUP have lingered for years. We are also cognizant of the fact that this government came to power about one year ago but then government is a continuum.

“What is particularly worrisome to our union is the approach of officials of government to the need of our sector and the pre-eminence of dialogue in resolving the impasse. In September, 2015 we had addressed a press conference, drawing attention of the then incoming government to these issues and proposed ways of resolving them.”

He observed that ASUP “expectation was that the re-constitution of the Federal Executive Council by Mr. President will nip the issues in the bud considering the quality of the appointees and the magnitude of the problems at hand.
“Our hope in this direction is gradually fading away as no concrete step has been taken to address the issues. Our attempts to meet government officials and to explain the urgency of the demands have also failed.

“We have been reluctant to take appropriate actions to address the situation because we believe in dialogue and we have always practiced responsible unionism. However, we are now being pushed to resort to extreme measures in resolving industrial dispute and we shall act accordingly.
“We have decided to place this position before government and the Nigerian public for the benefit of the sector and to challenge government to act now in order to avert another industrial disharmony in our polytechnics,” he said.

On the poor funding of the educational sector in the last 12 years, Dutse stated that “from 1999 to 2013, the total budget of the country was 35.133 trillion, with Education taking only 3.128 Trillion, indicating 8.28 per cent. These are the funds to be expended on 40 federal universities, 21 federal polytechnics, 22 Colleges of Education and 104 Unity Colleges, summing up to 187 ‘functional’ federal institutions that were available at that time.

ASUP also accused TETFUND of deliberately underfunding polytechnics in the country, stating that, “the gross underfunding of our sector over the years has been responsible for its failure to brace up to confront new challenges and to deliver on its mandate. This constant neglect and short-changing of the sector is always evident in the disbursement of funds, especially in areas of special and high impact intervention as well as staff development and training, particularly by the TETFund.”

“The situation has left most of the polytechnics underdeveloped and critically dysfunctional. The distribution of funds by TETfund between universities, polytechnics and colleges of education is statutory [and unfortunately] pecked in the ratio of 2:1:1 or 25 per cent: 12.5 per cent: 12.5 per cent. This ratio has not been followed despite its lopsidedness and our institutions still wallow in personnel needs and training and infrastructural decay.

“This pathetic condition of funding of education over the years has made the prescribed UNESCO bench mark of 26 per cent annual budgetary allocation to education for developing nations only but mythical and ridiculous,” he stressed. 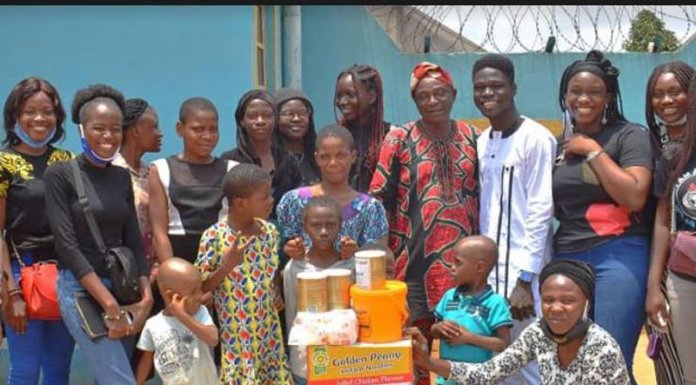