In many respects, the second anniversary of the abduction of Chibok girls has provided another poignant reminder that President Muhammadu Buhari should reset the button for operating his government. The resetting of governance is important for both the style and substance of the administration. The anxiety generated by the failure to rescue the girls yet is a proof of what is obvious: the President does not have eternity to meet the huge expectations of the people.

The rescue of these girls and other abducted persons ranks high in these rising expectations.  In several quarters where Buharimeter has been firmly erected, the sad anniversary would constitute a veritable datum in the measurement of the performance of the Buhari administration in the last 11 months. Some of those who watch Buharimeter are legitimately full of expectations. To be sure, Buhari didn’t promise magic or an El Dorado. But he told the people that he would tackle insecurity, fix the economy and fight corruption.

The continuing captivity of the hapless Chibok girls and several other persons held hostage by Boko Haram would be in the category of the security questions to which Buhari promised to find answers. Incidentally, the anniversary of the abduction has almost coincided with the first anniversary of Buhari in office. Whichever narrative of the tragedy one elects to adopt, what is undeniable is that since April 14, 2014, the Nigerian state has failed in its constitutional duty to those helpless girls and several other persons who are still held by Boko Haram. As an aside, the misanthropic views of those who have chosen to make a political career of denying the abduction of the girls should just be treated with the contempt they deserve despite the indignation engendered by their callousness.
Now, in reflecting on the bigger   issue, there must be a limit to rationalisation. The Nigerian state should be held constitutionally responsible; there have been two commanders-in-chief since the abduction took place. Every second counts in allocating responsibility in this matter. Former President Goodluck Jonathan was responsible from April 14, 2014 to May 29, 2015.

Since then it has been squarely the responsibility of Buhari, as the commander-in-chief, to ensure the rescue of the girls and other captives. This is evident from the tone of the #BringBackOurGirls campaigns   which got to a high pitch again last week. It is also legitimate to develop a sense of urgency about bringing back the girls alive after two years in captivity. This is one situation in which impatience could be a virtue in human terms.  There is the inexplicable attitude of some persons attacking the campaigners for the release of the girls. Instead of such   uncharitable acts, more voices should be added in putting pressure on government to act more effectively in rescuing the girls.

There is also a subtle class dimension to the problem.  Incidentally, it was Senator Ben Bruce who recently made allusion to this important class content of the approach of the Nigerian state to this tragedy in the last two years. If the girls were daughters of powerful members of the Peoples Democratic Party (PDP) or All Progressives Congress (APC) the approach of the Nigerian state to the problem at any period would be different. It would also be a different story if they were daughters of our billionaires. The girls are suffering the fate of the poor in this extremely selfish society.

It took government weeks to even acknowledge the abduction because they are not from upper class homes.  If they were from the homes of members of the establishment, their parents would not be doubted on the abduction. However, it is worth stressing that the people would soon get bored if this incompetence of the state becomes a standard excuse for inaction two years after the failure was recorded. There has been no evidence of any sense of urgency in rescuing the girls in the last 11 months. The approach of the security agencies and forces would not be leisurely if they were daughters of the very rich and powerful.

What is said about Chibok girls can be said about the rate of crimes, poor electricity supply, fuel scarcity, bad roads, food insecurity, non-availability of potable water, lack of social housing, under-funded schools and poorly equipped hospitals amidst other problems.   That is the bad news for the nation.

The good news is that the Buhari administration still has 37 months to make a difference in the history of this nation. In the view of some analysts, realistically the administration may be having 24 months or so for rigorous performance.  A pundit, who has been a keen student of politics and policy in Nigeria for over three decades, said something in this regard which the strategists of this administration should find remarkable.  According to him, the seeming tardiness of this administration in almost one year now is not unprecedented.  Apparently overwhelmed by the rot he met on ground, it took some time for former President Olusegun Obasanjo to find his bearing policy wise. However, the   necessary   caution in drawing these historical parallels is that Buhari might not have the luxury of failing to articulate an overarching strategy of development in four years, like Obasanjo did, because of the public hunger for action. That is why this is the time this administration should seize the momentum and show the stuff it is made of in matters of governance. As the first anniversary of the inauguration of President approaches, it is suggested that his administration should regain the momentum. This is not the time for power mongering. It is the time for activities towards rejuvenating the economy and making the nation secure.

The antidote to the incipient mass anxiety and sense of despair is action from those who got the mandate to govern. The best response to the rising expectations of the people is not official impatience. Instead of talking down on the people, members of the administration should, as a matter of accountability, strenuously explain to the people how progress is being made in revamping infrastructure, fighting poverty and tackling insecurity. Some members of the Buhari team are making efforts in this important job of explaining to the people. There is certainly room for improvement in this regard. More members of the team should cultivate this habit of defending policies.
Yet, these official explanations by individual ministers cannot be a substitute for a coherent articulation of a development strategy for this poverty-ridden political economy. There is still a huge governance deficit in this respect.

Hopefully, the 2016 Appropriation Bill would be signed into law before the end of the month. By that time the administration and the National Assembly must have ironed out their differences on the budget. The administration should see the budget as a basis to take a   leap in delivering on promises. In addition, the expected boom in economic activities to be generated by the deals signed with some countries partnering with Nigeria for development would also hopefully become manifest.

In all this, it is crucial to bear in mind that the people are going to assess the performance of the government by the improvement in the quality of their lives.  To paraphrase the question once famously posed by a western politician, a poor man would be justified to ask: “has the quality of my life improved since Buhari became President”? The assessment of the people in the scorching sun would be different from that of the experts and technocrats in air-conditioned rooms who revel in jobless growth rates, Fitch ratings, Gross Domestic Product and other arcane statistics and shibboleths. The people’s assessment would be based on their access to primary healthcare, quality education for their children and decent homes.  The assessment would be based on how many young men and women have decent jobs. Certainly, those who engage in the rituals of power-point presentations may have the luxury of lying with statistics; such a luxury is not available to those wielding placards on the picket lines. That is why the administration should be sensitive to both forms of assessment.

All told, in giving a fresh impetus to the style and substance of his administration Buhari should be mindful of his journey to power and the role of the poor in it. There must be a bias for the poor in policy design and implementation for a number of reasons.  First, democratically the poor are in the majority. If policy is aimed at the “greatest good of the greatest number” it must have discernible anti-poverty thrusts. That is why the administration should be wary of being railroaded into taking some anti-people austerity steps by those Dr. Sylvester Odion-Akhaine rightly calls “patrons of poverty” of this world. If there should be cuts, the social spending should be exempted because of its horizontal impact on the people’s daily lives.    Secondly, the poor read economic indices not merely in the graphs of “shrinking growth”, but in their empty stomachs, ignorance, disease and squalor. So the policy focus should also be on tackling the burgeoning poverty and worsening inequality. The tension out there is exacerbated by the scandalous inequality in the land to which members the elite are yet to come to terms as they exercise hegemony in all spheres of life.

In doing the stocktaking of the first year in office, the engine of the Buhari administration should gather a fresh momentum so as to meet the expectations of the people. 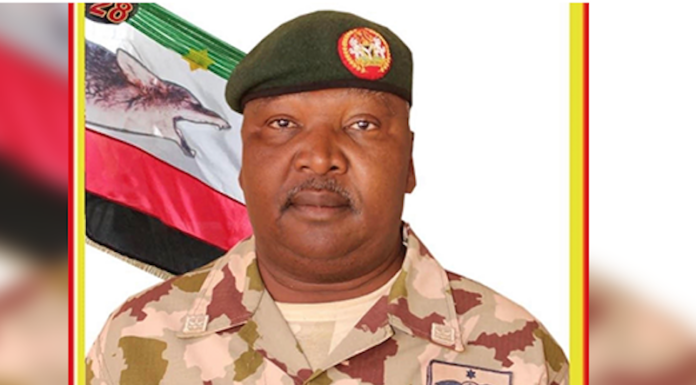