The 2014 Chibok abduction affair easily headlines the terror reign of Boko Haram in Nigeria. Like its controversial crusade against Western education, the stealing of some 200 girls from Chibok community by the terrorist sect had sparked off a fierce furore which turned out to be a distraction to and impediment to the rather tepid war being waged against boko haram at the time.

Some like Governor Ayo Fayose of Ekiti State believe Chibok was a mere political contraption to capture power by the then opposition All Progressives Congress (APC) from the Peoples Democratic Party (PDP)-led Goodluck Jonathan. Others hold the contrary view that Nigeria’s soul stays seared as long as the Chibok girls remain in the captivity of bigoted and depraved outlaws. Yet there are those that are unable to make up their minds which side of the divide to belong. But a common denominator to the various shades of opinion on Chibok is the embarrassing reality that two years since report of the kidnap episode shot Nigeria into an unwholesome global spotlight, the country is still unable to resolve the fate of the girls or the facts of the matter so as to bring the sordid affair to a definite closure. And thus whatever the truth may be is suffused in speculations sustained by the political winds which drove the 2015 hustle for presidential power. Unfortunately however, the wind of change now blowing across the land has proved to be quite impotent in bringing about a solution to the quagmire.

The fact that the Chibok girls’ narrative continues to attract global attention albeit on a cascading scale sustains pressure on the Muhammadu Buhari administration to actualize its pre-election promise to rescue the girls and reunite them with their distressed families. In spite of signals suggesting that the government is growing impatient with the relentless crusade of the #BringBackOurGirls campaigners led by the irrepressible Oby Ezekwesili, the administration is helplessly seized of the burden to free the girls. And one way or the other, it must have to deal with it. Recycled excuses would not sell sell if the issue of the girls remains unresolved.

It is perhaps within the context of the pervading cluelessness surrounding the Chibok conundrum that government found it convenient to maintain an air of blankness on the reported kidnap of some 400 women and children from Damasak, Nigeria’s North-east Borno State, about a year after the Chibok raid. And maybe because Chibok was yet trending and useful as a political weapon at the time, the world paid little or no attention to an abduction of far more morbid mortality than what took place in the sleepy Christian town of Chibok in April 2014.

It has taken a report by Human Rights Watch (HRW) released this month to turn global attention to another human heist by boko haram that made Chibok looked like a test case. According to an article in the Globe and Mail of Canada, Damasak was the kidnapping that “the world ignored.” This is how the piece described the incidence: “Denied by the authorities, overshadowed by other atrocities, hidden by its remote location, the abduction of about 400 women and children in the Nigerian town of Damasak remains unsolved and shrouded in mystery a year later. It was the biggest-ever kidnapping by the Islamist radicals of the Boko Haram group, yet it was neglected by politicians and activists who focused instead on the heavily publicized abduction of more than 200 schoolgirls from the town of Chibok in 2014.”

In its narration of the Damasak affair, the Huffingtonpost said thus: “Unlike the kidnapping of some 200 school girls from Chibok a year earlier, there was no international outcry, no hashtags, no rallies and no U.S drones scouring the Nigerian forest after the Islamic extremist group’s abductions in Damasak, in the northeastern Nigerian state of Borno.

Excerpts of the HRW report in reference states thus: “Damasak is the largest documented school abduction by Boko Haram militants. Yet it has drawn far less public attention than the group’s widely condemned abduction of 276 school girls from a government secondary school in Chibok in April 2014. On November 24, 2014, Boko Haram attacked Damasak, a trading town about 200 kilometers northwest of Maiduguri, near the border with Niger, blocking all four roads leading into the town and trapping residents and traders.

“The insurgents quickly occupied Zanna Mobarti Primary School, shutting the gates and locking more than 300 students, ages 7 to 17, inside, according to a teacher at the school and other witnesses Human Rights Watch interviewed. The Boko Haram militants then used the school as a military base, bringing scores of other women and children abducted across the town there as captives. The insurgents separated the women from the children and the boys from the girls. Some of the women held captive later told Human Rights Watch they could hear the screams and cries of the children, but they were not permitted to go to them. Over the following weeks and months, the militants forced their captives to learn the Quran. A number of women and children died in captivity after they were fed putrid food, which caused severe vomiting and diarrhea.

“Between March 13 and 15, 2015, soldiers from neighboring Chad and Niger advanced on Damasak as part of a cross-border military operation against the insurgents. As the troops approached, Boko haram fled from Damasak, taking with them the 300 children and an estimated 100 more women and children they had been holding captive there.” How a dramatic event of that nature escaped the prying eyes in the sky maintained by the US and other Western powers that claimed to have intelligence on the Chibok girls but curiously neglected to assist the Jonathan administration with such, betrays the duplicity of global powers on the fight against terror.

Recall that former British High Commissioner to Nigeria, Mr. Andrew Pocock had recently spoken of how the Chibok girls were spotted by American and British surveillance operatives but could not take any action because of the high risks anticipated in a possible rescue operation. “A couple of months after the kidnapping, fly-bys and an American eye in the sky spotted a group of up to 80 girls in a particular spot in the Sambisa forest, around a very large tree, called locally the Tree of Life, along with evidence of vehicular movement and a large encampment,” Pocock told the Sunday Times of Sunday. According to the former Envoy, “a land-based attack would have been seen coming miles away and the girls killed, an air-based rescue, such as flying in helicopters or Hercules, would have required large numbers and meant a significant risk to the rescuers and even more so to the girls. You might have rescued a few but many would have been killed. My personal fear was always about the girls not in that encampment- 80 were there, but 250 were taken, so the bulk were not there. What would have happened to them? You were damned if you do and damned if you don’t.”

But if the West and the rest of the world regards Damasak as a non-issue and have decided to turn a blind eye, that should not vitiate the responsibility of the Nigerian state to the security and welfare of its citizens. The least government can do now is to investigate the damning HRW report and take necessary actions even if belated. The initial denial that Damasak was a contrivance of the Western media and its international civil society allies is long expired. Like Mausi Segun, Nigeria researcher for HRW said in a statement released during the week, it is befuddling that “three hundred children have been missing for a year, and yet there has been not a word from the Nigerian government.” The preceding Jonathan administration may be forgiven for such askance attitude but not a government that rode to power on a celebrated condemnation of Chibok and a promise to do things differently.

Again, like Human Rights Watch said, “the Nigerian government has an obligation under domestic law as well as under international human rights law to take measures to protect its citizens from Boko Haram’s serious human rights abuses. The government has a corresponding responsibility to take effective steps to secure the release of the people Boko Haram has abducted from Damasak.”

From Chibok to Damasak, the burden doubles for President Buhari. And it certainly requires more than ‘technical’ defeat of boko haram to creditably discharge it. 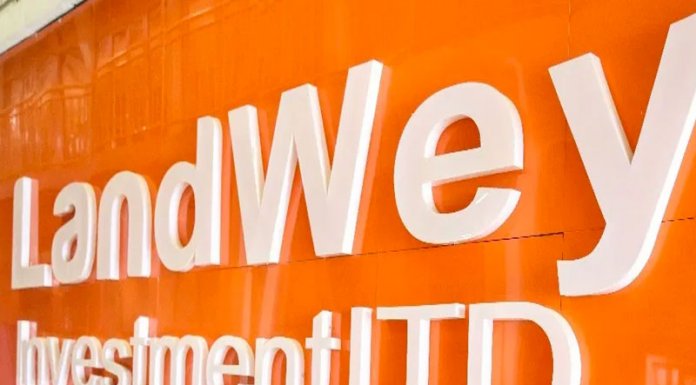