The Nigerian National Petroleum Corporation (NNPC) and private oil marketing companies are jostling to book import cargoes of petrol to take advantage of the reduction of the premium on the international market price of fuel, which will end by April 7, THISDAY has learnt.

As the last-minute rush for fuel cargoes continued, NNPC has said that the persistent fuel scarcity would ease off in about two weeks. This followed the assurance last Thursday by the Minister of State for Petroleum Resources, Ibe Kachikwu, that concrete measures had been put in place to end fuel shortages soon.
This is coming as the Petroleum Products Pricing Regulatory Authority (PPPRA) denied that it was planning an upward review of the price of petrol, saying the retail prices of N86.00 for NNPC outlets, and N86.50 for private marketing companies are not being reviewed.

THISDAY gathered that the current premium on the international cost of product was much higher than what the marketers paid in the first quarter of 2016.
The current reduction in premium has encouraged the NNPC and the marketers to book ahead of April 7, when the premium is expected to change.
THISDAY also gathered from marketers and NNPC sources that import cargoes booked between now and April 7 would be at a premium of -$15 per metric tonne, against the +$60 per metric tonne paid on some imported cargoes in the first quarter of 2016.
Some of the marketers, who spoke to THISDAY at the weekend, stated that the reduction on the premium paid on the international cost of petrol between now and April 7 would help to encourage booking of import cargoes and ease the current scarcity as planned by the minister.

“The international cost of fuel every day is the same everywhere. The premium is the money that is being charged and their own margin is there and it also includes freight. So, it is -$15 for cargoes coming around April 7. For marketers who booked about a week or two weeks ago, they are paying as much as +$60 on top of the actual cost of petrol,” said one of the marketers.
Another marketer also confirmed that April was feasible for the scarcity to begin to ease because the marketers and NNPC were placing orders so that the cargoes would come in around the said date when the premium would be -$15 rather than +$45 paid on most of the cargoes that were imported in the first quarter of 2016.
“What will happen is that all the cargoes that were imported in the last quarter, we imported them at over +$45 and if you import starting from April 7, you are going to pay -$15 per tonne. So, you are going to get additional $60 per tonne if the cargoes come between then and now,” he said.

When asked why the premium paid on the cost of product changes from time to time, he said “that is how the market works; sometimes they charge less; sometimes, they charge high”.
“But at this time starting from April 7, it will be -$15. No one knows what will happen towards the end of April,” he added.
As the crippling fuel scarcity continue, a top NNPC official yesterday said the situation will ease in the next two weeks, following the completion of repairs on the vandalised pipelines supplying crude oil to Kaduna Refining and Petrochemical Company (KRPC), which they said, was now ready to commence production.

The Group Executive Director (GED) and Chief Operating Officer (COO), Upstream Sector, NNPC, Bello Rabiu, gave the assurance yesterday when he embarked on a facility tour of the KRPC Plant.
He disclosed that the Warri and Port Harcourt refineries were also set for adequate fuel supply in the country, saying the era of shortage in supply of the petroleum product will soon be over.

“As you can see the whole country is under siege because of fuel supply, we are looking at the entire value chain to solve the problem. I come here to see the readiness of this refinery to be back on stream. We were actually having problem with the supply of crude oil to this place from Warri. It is about 640 kilometres line. That line is almost ready so that we would start pushing the crude here.

“At least in 10 days, we would bring the crude to Kaduna, and about two or four days we would make everything ready.
“We want to make sure that in the next two weeks this refinery will be ready to start producing fuel. If that is done, the entire part of this country will be serviced with fuel,” Babura told journalists in an interview shortly after touring the KRPC plant.
Babura noted that the plant was in good condition, adding that production will begin and nothing will stop it again.
“They will be ready to receive the crude soon and if the crude comes, we believe that everything will run smoothly.”
Meanwhile, PPPRA has denied alleged plans to increase the pump price of petrol, saying that the retail prices of N86.00 for NNPC outlets and N86.50 for private marketing companies have not been reviewed upwards.

The pricing regulatory body has also stated that the pump price of kerosene also remained unchanged from what it was in the last quarter and advised marketers to ensure that there is no price distortion in their respective retail outlets.
Acting Executive Secretary of PPPRA, Mrs. Sotonye E. Iyoyo, said in a statement yesterday that the agency would “continue to monitor the global oil market performances, and come up, at appropriate time, with reasonable changes consistent with the newly-adopted price modulation principles.”

She appealed to all depot owners to strictly adhere to the prevailing truck-out policy put in place by the agency, to ensure that petroleum products get to their designated retail outlets across the country.
She also warned that adequate sanctions await any depot-owner found to be hoarding products.
In carrying out its regulatory functions of sustainable supply and distribution of petroleum products into the Nigerian market, the agency also confirmed that with the approval of the Minister of State for Petroleum Resources, Ibe Kachikwu, it had released the Second Quarter allocations for the supply of petrol.
“In the latest release, the national oil company, the Nigerian National Petroleum Corporation (NNPC), has 41.73 per cent of the total allocation while the rest of the oil marketing companies got a total allocation of 58.27 per cent,” the statement added.​ 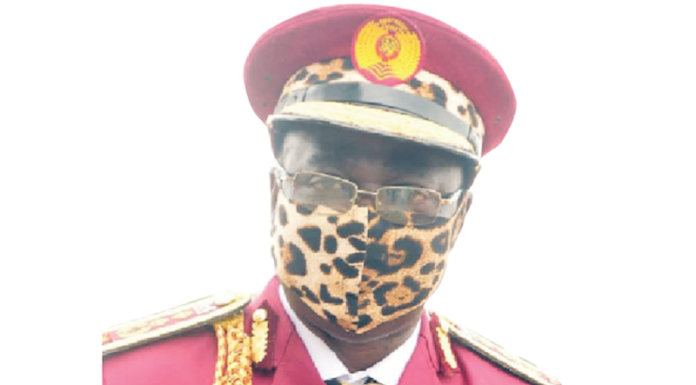