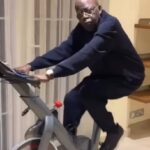 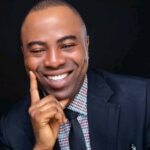 By Onyebuchi Ezigbo in Abuja
Â

Former Vice President, Atiku Abubakar has said that the country’s poor infrastructure had served as a source of discouragement to would-be foreign investors in Africa.

Speaking on the challenges faced by investors wanting do business in most African countries, especially Nigeria, Atiku said that one often had to provide his own electricity, water, and even fix roads to business locations.

“The huge infrastructure gap means that as an investor you often have to provide your own electricity, your own water, and you even fix roads to your business locations. That discourages investors. Thus small businesses that would provide ancillary services to a major establishment are often absentâ€, he pointed out.Â

The former Vice President who has been involved in setting many enterprises in the country’ including a University in his home state, Yola, Adamawa state, gave his personal experience saying: “For instance, in the same town, Yola, where we have our school system, we established a printing press, built our own hotel to carter to those who visit, established a beverage plant to, among other things, manufacture still drinking water and fruit juices”.

“We established petrol and diesel filling stations to help serve our businesses and the general public.Â  We also established a radio and television station to help publicise what we do, in addition to providing distance learning. And we have a logistics company to help provide logistics for these various entities. Â

“Because we have businesses with healthy revenue streams, we are able to access financing with greater ease than many others can. Currently the AUN contributes nearly $400 million dollars annually to the Yola economy.

“Any serious observer of Africaâ€™s development challenges will readily agree that these are indeed critical areas that need urgent and sustained attention by Africaâ€™s governments, development partners and the private sector.Â

“They speak to the challenges of infrastructure deficit; agricultural stagnation and food insecurity; lack of meaningful industrialisation and value-added production; the poor integration of Africaâ€™s economies, partly resulting from weak regional infrastructure and the legacy of colonial trade patterns; and Africaâ€™s dismal ranking in the indices of human development, including life expectancy, infant and maternal mortality, poor sanitation, high levels of illiteracy and poor access to education and skills training,” he said.