THE TWO PUBLIC LIVES OF BUBA MARWA 1 min ago 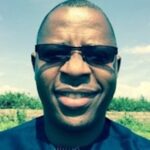 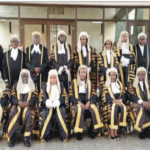 *CAN: There’re plans to plant a puppet loyal to establishment

The Evangelical Church of West Africa (ECWA) on Saturday raised the alarm about the electoral process in the forthcoming elections for the Christian Association of Nigeria (CAN) president.

Addressing journalists in Abuja on the crisis, ECWA representative at CAN, Pastor Wakili Kadima, said the process leading to the June elections has been marred by some ‘illegality’ and ‘impunity’ with the aim to exclude some persons from participating in the elections.

The allegation came amid controversy trailing the exclusion of Tarayya Ekklesiyoyin Kristi A Nigeria (TECAN) ECWA nominee, Rev. Jeremiah Gado as the consensus candidate of the TECAN ECWA block in CAN.

Gado’s emergence at the thick of the kidnapping of Dr Emmanuel Dziggau has been perceived as a grand plan to exclude Dziggau from the TECAN ECWA nomination process.

Contrary, the National Director of Christ Redeemers Union, Dr. Ebenezer Olusola Abednego, dismissed the allegation describing it as lies from the pit of hell.

But speaking to journalists, Kadima said: “We have called you to rarely let you know that the process is flawed with irregularity, the exclusion of a candidate who was duly nominated has been block by so much impunity, so much violation of very clear constitutional provisions.

“And we not only reject what has happened but will certainly use every legal constitutional means within CAN  and if possibly outside of CAN to challenge the illegality and urge that the right thing be done to save CAN from embarrassment and the perpetuation of impunity and illegality that is threatening to tear CAN into pieces.”