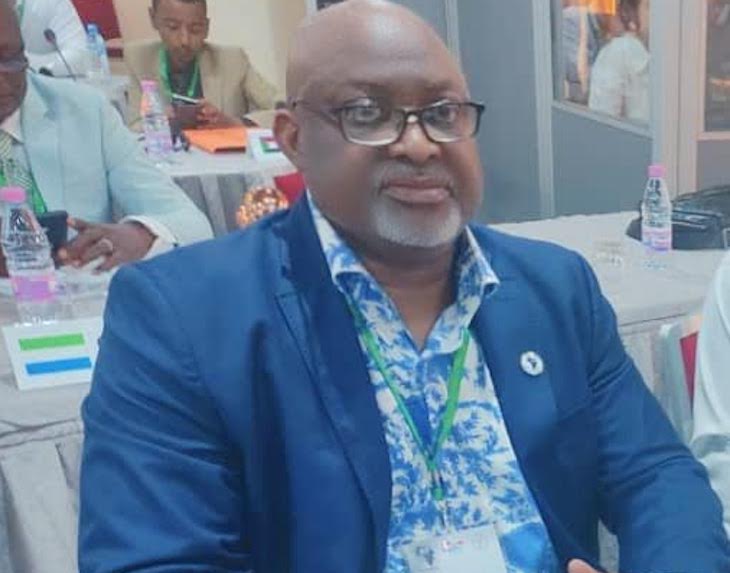 Barely  two months in office as the Director of Africa Boxing Confederation (AFBC), the Vice president  of the Nigeria Boxing Federation (NBF), Hon. Azania Omo-Agege Siena, has added another feather to his cap as he has been elected Vice president of the continental body.

In a keenly contested election held  in  Maputo, Mozambique last week, Hon. Omo-Agege Siena  polled  11 votes out of 13  to emerge vice president of the AFBC.

President of the International Boxing Association (IBA), Umar Kremlev and the AFBC President, Bertrand Mendouga, in their congratulatory messages at last week’s IBA extraordinary Congress held Armenia,  said they were not surprised at Omo-Agege’s victory having paid his dues in boxing and wished him the best .

Reacting to his victory, Omo-Agege Siena,  thanked the President of the Nigeria Boxing Federation, LT. Gen. Kenneth Minimah (rtd) for all his encouragements and support as he dedicated the victory to  entire Nigeria boxing family.

Omo-Agege promised to use his new position to develop boxing in the country by  ensuring that Nigerian boxing Referees, Judges and Coaches attend  International courses as well as strive for them to be appointed into AFBC committees.

He however pleaded for patience, stating that a journey of 10 thousand miles starts with a step. Omo Agege hinted that the equipment donated by IBA President to Nigeria will arrive the country in December this year.