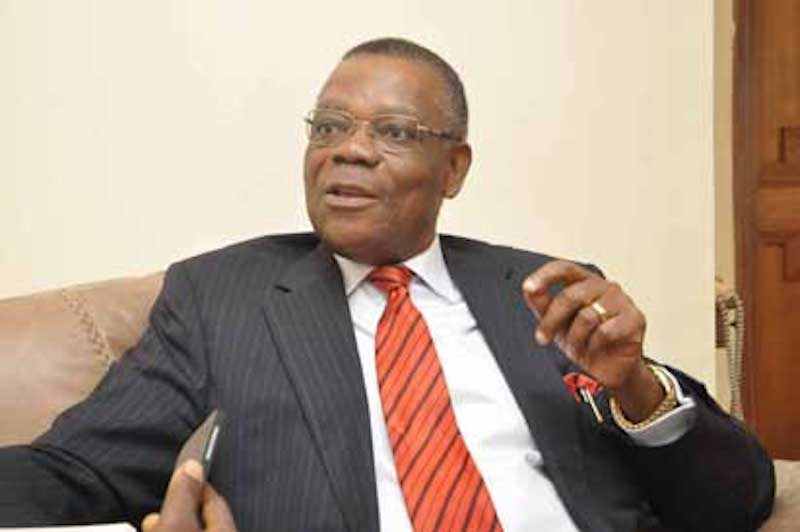 Etiebet, a member, Board of Trustees(BoT) of the APC had few days ago threatened to ensure that Akpabio loses the 2023 senatorial election if he refuses to step down.

The  Director of Media and Publicity of the group,  Mr Joe Iniodu, who spoke on its behalf,  said Etiebet was instigating a revolt against the APC and Akpabio’s senatorial aspiration.

In a statement titled “Etiebet’s Gloomy Prognosis”, Iniodu said it is regrettable of the action of Don Etiebet, which is against the interest of the party he is a BoT member.

“Much as these views are his entitlements and within the limits of his rights, they have the likelihood to rankle and arouse public sensibilities in manners that are not consistent with our age-long values,” the group noted.

He said it is condemnable the position of the former petroleum minister that a disgraceful and shattering defeat awaits Akpabio in the 2023 Senate election.

“His proposed option which categorically states that the whole Abak 5 has resolved to back a candidate from Abak/Etim-Ekpo/Ika Federal Constituency from any party to win if APC must field a non Abak 5 candidate leaves much to be desired being a respected party man.

“Our dear father and elder statesman has harped on the need for peace and justice. Every society with respected father figures like him is considered to be in advantage especially when it comes to the quest for these desirable values; peace and justice,” he said.

In his reaction,  Etiebet said the country is now in campaign mode, hence he has decided to stand on the path of truth, justice, and equity.

“Politics is not only power play but consensus, sacrificing actions to achieve desired goals in peace and harmony.

“In 2007 when we fought a very keenly contested election for Godswill Akpabio to succeed Obong Victor Attah as Governor,  we Annang leaders had to force Abak-5 senatorial aspirants, because it was their turn, to step down for Senator Aloysius Etok from Ini/Ikono Federal Constituency, so that Ini/Ikono can produce a Senator which was impossible ordinarily in order for them to vote for an Annang man, Godswill Akpabio, to succeed Victor Attah as Governor as he didn’t support him.

“That was a sacrifice for Godswill  Akpabio. Abak/Etim Ekpo/Ika Federal Constituency has sacrificed their turn three times since 1999- in 2007 to Senator Aloysius Etok, in 2015 again to Senator Godswill Akpabio and in 2019 to Senator Christopher Ekpenyong. It is only expedient and good naturalness that we should allow them to go this time. That’s the stand of Abak-5,” he stressed.