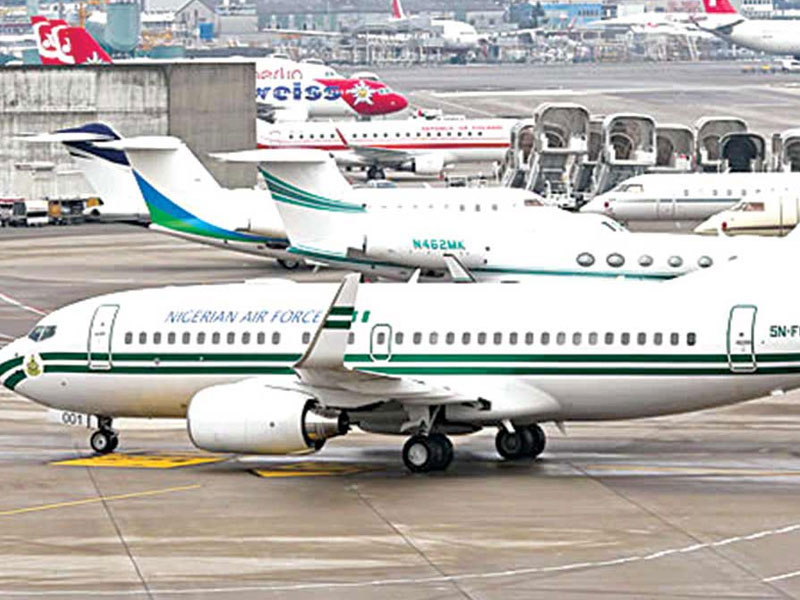 In 62 years the aviation industry recorded progress that was mired by policy summersault, economic crunch, even though the industry has held on to safety in the last nine years, writes Chinedu Eze

Before independence in 1960, Nigeria along with some West African countries had one national carrier, the West Africa Airways Corporation (WAAC), which started in 1946 and went under in 1958, when the Nigeria Airways Limited was established.

The deregulation of the airline sub-sector by the federal government in 1988 brought private investors into the air travel market. The airlines like Okada Air, ADC Airlines, Kabo Air and many others competed with the national carrier, Nigeria Airways Limited (NAL), till its liquidation in 2004.

Unfortunately, except for Kabo Air, all the aforementioned airlines have gone under and new ones birthed like Air Peace, United Nigeria Airlines, Green Africa, Dana Air and others.

Former Chief Operating Officer of Aero Contractors, Captain Ado Sanusi, said that in the 1970s and 1980s, there was spurred growth of the aviation industry and during the period there was massive infrastructural development of airports and other ancillary facilities but over the years these infrastructure have suffered deficiency because of lack of or poor maintenance.

“We liberalised the industry to create more jobs, we established more airlines but we are yet to have strong airlines with maintenance facilities. So we need to look inwards and take aviation where it ought to be. We have made progress but we are not where we are supposed to be. Most of our airlines are struggling. The infrastructure development and maintenance is deficient. The regulator needs to pay more attention to ensure that the airlines survive,” Sanusi said.

But many Nigerians concerned about the aviation sector believed that huge opportunity has been missed, from the failure of the country to be a hub in West Africa because of its advantageous location, the high passenger traffic, which is the highest in the sub-region and the skilled manpower available or could be deployed at short notice.

They also regretted that despite the nation’s huge opportunities, the country is not able to have major aircraft maintenance hangar, a major airline that could dominate at least West Africa and an industry that ought to contribute significantly to the Growth Domestic Product (GDP).

But the good news in the area of facility is that the federal government has completed the new terminals at Lagos, Abuja, Kano ad Port Harcourt airports and the state-of-art facilities, which have been put into use, have relieved the stress in the old facilities.

NCAA is the bedrock of the aviation industry, which performance determines the fortunes and misfortunes of the sector. The agency has strongly regulated the industry and that explains why there is improvement in safety. But years ago Nigeria was experiencing air crashes, sometimes twice in a year, but after the accident involving Associated Aviation in October 2013, Nigeria has not recorded any accident involving schedule passenger flights.

The General Manager, Public Affairs, NCAA, Sam Adurogboye, said in the last three years under the saddle of Captain Musa Nuhu, as the Director General, there were lots of improvements, especially in the area of safety.

Since 2010 when Nigeria obtained its first Category one status from the US Federal Aviation Administration (FAA), Nigeria has sustained the standard, which enabled FAA to continue to retain the country on that status. Category One Safety Status enables US airlines to fly to Nigeria. Within the period (2010-) many countries have lost their certification.

“Nigeria is a Category one nation, meaning we are among what a one-time Director General termed as “the Premier League of nations” with sound safety records. It is not a mean task that this has been sustained over the years at a time others are losing theirs,” he said.

Adurogboye attributed this to hard work, training and re-training of personnel; recruitment of qualified, skilled, and experienced hands “in our inspectorate divisions”, which constitute the livewire of any aviation regulatory organisation.

“The quest to attract and retain qualified personnel in sufficient numbers made Capt Nuhu to go all out seeking for enhanced and competitive salary package for deserving personnel of NCAA from the approving authorities,” Adurogboye further said.

One of the drawbacks in the Nigerian aviation industry is that the country is yet to have very strong airlines that could operate and compete with international carriers. Although the airlines have been striving but one of the major challenges they face currently is foreign exchange, which is very scarce. The second challenge is the high cost of aviation fuel, which tend to retard the growth of the sector; then policy summersault that seem not to fare the home carriers most of the time. But on the flip side, Nigerian airlines have been modernizing their fleet, which are more fuel-efficient equipment and save them money for frequent maintenance, which old equipment demands.

Leading the pack on modern aircraft acquisition is Air Peace, which has five brand new aircraft out 13 it ordered. Speaking on the benefits of modern equipment during the delivery of one of the planes, the Director General of NCAA, Captain Musa Nuhu said: “Today is another milestone and it is a paradigm shift in the aviation industry in Nigeria. Not since the days of Nigeria Airways quite as a young man when I started my career have I seen any Nigerian airline purchase brown new aircraft. It is not only ordering a brown new aircraft but the right size aircraft for the Nigerian market. That right size is as critical as being brown new because it further enhances the airline economics, you break even with much lower passengers, the operating cost are lower, your maintenance cost are lower, it is much easier.

“In addition to that, another factor we don’t realise; this new aircraft are environment friendly, less noise, less pollution. I am really proud to be the DG of NCAA when this change is coming. I see a paradigm shift for other airlines, like the chairman of Air Peace prayed, I also pray that other airlines also will buy brown new aircraft and the right size, so that the air transportation industry can grow much better. If it grows much better it means more job, more income and the contribution of the industry to the GDP will grow.”

About two weeks ago the federal government announced that it would partner with Ethiopian Airlines for the establishment of a new national carrier, Nigeria Air. The Minister of Aviation said that the project has gained high momentum and would soon start operation, first with three aircraft and in the near future it would acquire more and start international operation. The new airline would buoy the image of Nigeria and would grow to become a strong carrier.

The Asset Management Corporation o Nigeria (AMCON)’s foray into the aviation industry and taking over the management of Aero Contractors and Arik Air did not get to the desired end, which is to revive the airlines and may be sell some stakes and recover its debts owed it by the two airlines.

Although the Corporation helped to sustain the airlines, especially Aero Contractors for some time, but the growth trajectory of the two airlines was halted due to the managerial style of AMCON. So it made Arik Air stagnant and left Aero Contractors moribund.

Former senior official of the airline and now the Managing Director/ CEO of 7 Star Global Hangar Nigeria Limited, Isaac Balami, told THISDAY that AMCON tried to rescue Aero Contractors when it took it over. It injected billions of naira in the airline and Arik Air, but after some time the agency felt it would not continue to inject fund into the airline, recalling that during that period the federal government and the then Minister of Aviation were worried and wanted to safeguard the jobs of the personnel and that explained why it continued to operate till the recent shut down; although there were times it stopped operation temporarily before it was revived in 2017.

“But now all the airlines are struggling. Nigerian airlines are really trying but the problem is the high cost of aviation fuel. Aero management is wise enough to know when to stop; realising that because of high cost of Jet A1 and high cost of forex, they have to shut down so that when they come back people can trust them,” Balami said.

One of the greatest achievements of the Buhari administration was the completion of the aforementioned new airport terminal in Abuja, Lagos, Port Harcourt and Kano.

The Minister of Aviation, Senator Hadi Sirika, during the unveiling of the Lagos new terminal in March this year said the terminals in Abuja and Port Harcourt had been completed and commissioned already, while that of Kano has been completed and would soon be put on stream. Facilities in the terminal include five baggage collection carousels, 16 Immigration desks at arrival, 28 Immigration desks at departure, eight security screening points, two food courts, four premium lounges, 22 guest rooms and spa, 16 airline ticketing offices, visa on arrival and port health facility, as well as praying area, more than 3,000 square metres of duty free space, approximately 5,000 square metres of lettable utility space, amongst others.

He said the new terminal was expected to generate about 3,000 direct and indirect employments for Nigerians, as well as enhance passenger facilitation and comfort at the Lagos airport.

“We have also complemented these robust initiatives with specific fiscal policies to drive aviation infrastructure renaissance. These include the designation of four airports name Lagos, Abuja, Kano and Port Harcourt as free trade zones in which Customs duty does is not applied. Removal of VAT on all forms of shared transportation including air transportation and exemption of commercial aircraft and spare parts from VAT payment. Similar projects at both Nnamdi Azikiwe International Airport and Port Harcourt International Airport were completed and unveiled by this administration and our people have since been benefitting from the positive economic impact of these magnificent terminals. The one in Kano has also been completed and will be commissioned soon while work continues to complete that of Enugu shortly. I therefore congratulate all Nigerians on the successful completion and commissioning of the terminal building of the MurtalaMuhammed International Airport Lagos, our premier airport,” he said.

Industry stakeholders said one of the banes to growth of the aviation industry was policy summersault. They said that government was not consistent with its policy and this discourages foreign direct investment and long term plans by the airline operators and other service providers in the aviation industry. The canvassed for policy consistency, noting that a new Minister should not jettison what the previous Minister has done, but should  rather continue with the implementation of the existing policies.

While it could be said that there are many things to cheer in the aviation industry but there were opportunities missed and the industry has not grown near its possibilities.