At Lagos Rally, Atiku Pledges Devolution of Powers 15 hours ago

May 29, 2023 Handover Date is Sacrosanct, Buhari Assures Nigerians 15 hours ago

APC’s Adamu and the Burden of Leadership 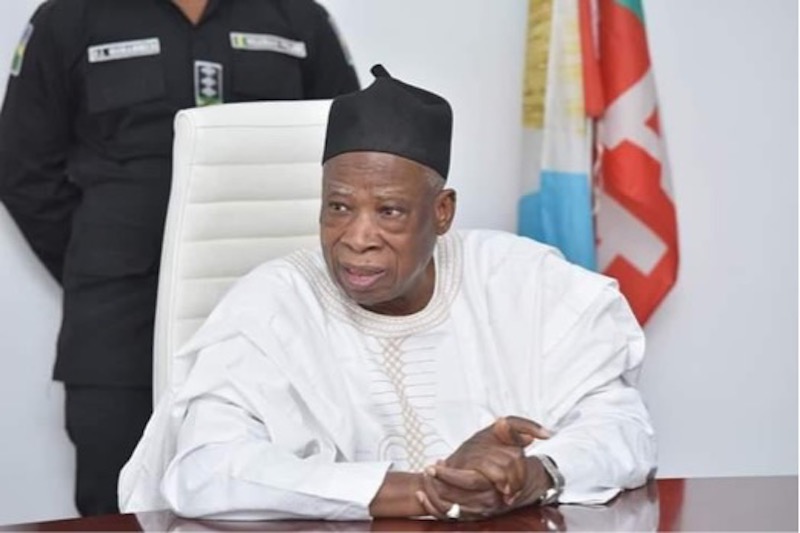 when Senator Abdullahi Adamu emerged as the National Chairman of the All Progressives Congress during its March 2022 national convention, the party was approaching the lowest point in its eight-year history.  From a leadership crisis that lasted almost two years to backlashes from the public for some of its government’s policies, the party had lost substantial ground from the enviable and popular position that saw it win Nigeria’s last two presidential elections.

With the next election less than a year away, the party needed to get the question of its leadership right. It required a leader who could steady its ship, prevent it from disintegrating, and position it for regaining the grounds it had lost. And that’s what it got in Senator Adamu.

If the words of Martin Luther King, Jr. that “a genuine leader is not a searcher for consensus but a moulder of consensus” are anything to go by, then Adamu’s emergence is one testament to his leadership acumen. Even though he was the last to join the race, declaring his interest barely one month before the convention, he still emerged winner by consensus, with six other contestants yielding ground for him. Perhaps, that demonstrated his wealth of experience as a player in the Nigerian political space.

“A month ago, I didn’t know I would become the Chairman of APC. Here I am today, receiving the instrument and authority from the outgoing chairman. Only God can do this. It is not my wisdom or my charisma. It is not by my personal doing. There may be elements on the way but all these were made possible by the endorsement of Almighty God,” he said at a ceremony marking his official take over of the party’s national secretariat in Abuja.

Adamu’s foray into politics began four and a half decades earlier when he was elected to the Constituent Assembly that drafted the constitution for Nigeria’s second republic. One year later, he was a founding member of the National Party of Nigeria, where he became the first secretary-general of the Plateau state secretariat and subsequently its chairman until the 1983 military takeover.

In 1994, the General Sani Abacha regime appointed him to the National Constitutional Conference. One year later, he was named the Minister of State for Works and Housing, a position he occupied until 1997. Adamu was also a founding member of the People’s Democratic Party (PDP) in 1998. On the party’s platform, he ran successfully for the governor of Nasarawa state, becoming the first-ever elected governor of the state. He would later become the first person elected by popular mandate to serve twice as governor of Nasarawa state when he won the gubernatorial race again in 2003.

Upon leaving office as governor, he became secretary to the Board of Trustees of the PDP, and he contested and won the Nasarawa West Senatorial election in 2011. He remained in that position till his election as APC’s national chairman.

Adamu’s successes have, however, not been limited to the political realm. He also made giant strides in business, chairing the Board of Directors of Benue Cement Company, Gboko, and also sitting on the board of the Nigerian Television Authority at various times. While he has been at the helm of the party’s machinery for only five months, one can already see evidence of his extensive administrative and executive arsenal at work in the party.

A keenly contested primary election for the party’s presidential slot that many commentators predicted could tear the party apart has come and gone. Still, the party stands. While the elections threw up a fair share of controversies, Adamu has so far succeeded in using his calm demeanor and political wit to steady the party’s ship.

The successful conduct of the party primaries is no mean feat in a volatile political climate where cross-carpeting is a regular phenomenon. Even the major opposition party is still struggling to keep its camp from imploding following similar controversies around its presidential primary elections. But just as Adamu predicted during the take-off of his chairmanship, it has not been easy, and it will not get easier anytime soon.

The party may have suffered minimal casualties in its presidential primaries, but it has lost some members to other issues at the state and local levels. According to a national newspaper report, as of June, eight senators, including the senate majority and minority leaders, and 25 lawmakers had defected from the party.

Reacting to the development, Adamu said: “It is an unfortunate development when it happens. But this is a season for all behaviour in the political space.

“No responsible leader would not worry about losing one member, not to talk of two, three. At the moment, we are faced with the stark reality of the problem. But we are committed, with my colleagues in the National Working Committee, to face the problem squarely, to see if the problem is solvable, and solve it by the grace of God.”

The party suffered another setback in its build-up to the 2023 general elections when its candidate in the 2022 gubernatorial elections in Osun state, Gboyega Oyetola, lost to his PDP counterpart, Senator Ademola Adeleke. But that was preceded by a victory in Ekiti that ensured that the state would remain under the control of the ruling party until at least 2026.

In July 2022, a national newspaper reported that about 30 cases had been instituted against the APC in the aftermath of primary elections in northwest Nigeria alone. There have been similar developments in other parts of the country.

If nothing else, these developments underscore the need for more concerted efforts to recapture the cohesion within the party’s ranks, which saw it wrestle power from the then ruling party on the first try in 2015.

One can, however, argue that no one within the party is better qualified to help the party reach its immediate and long-term goals than its current chairman. Apart from his impressive CV as a politician, before he was elected the party chairman, Adamu led a nine-member national reconciliation committee whose task was to engage with “identified groups in each state where there are disputes to bring about genuine reconciliation and establish lasting peace and unity in the party.”

Having traveled through most states of the federation, engaging relevant party stakeholders, Adamu has a first-hand understanding of what ails the party. And his experience, garnered over almost half a century in the political spaces, means he’s most likely to have the remedy the party needs. Little wonder he has been listed as one of the most telling influences for the 2023 elections.

Many aggrieved party members have already withdrawn their lawsuits against the party following internal mediation. And one can expect many more of such to follow in the days to come.

“We will work day and night. We have less than 12 months to face the general election. So, everybody should buckle up. The little I have heard about the President is that he has a complete allergy to failure. So, failure will not be in APC from today. We will work for success together.”

Those were Adamu’s words when he resumed office in March. If he knew the enormity of the task back then, there’s no doubt he now truly understands what is at stake as the general election approaches. And his party will be hoping his winning streak, against all odds, would rub off on all its candidates.

Adefeko writes from the FCT, Abuja.