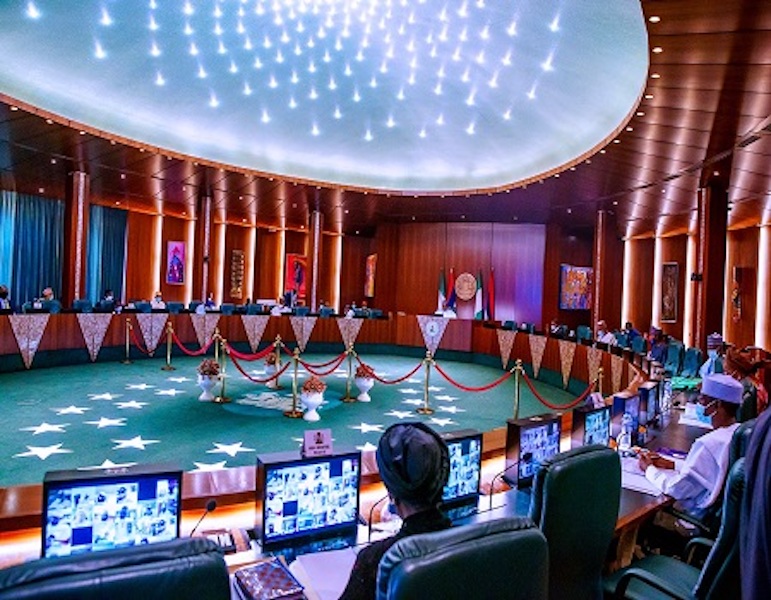 The Federal Executive Council on Wednesday approved a total sum of N580.5 million for the purchase of four armoured personnel vehicles for the use of the National Drug Law Enforcement Agency (NDLEA).

The approval follows heightened attacks on personnel of the NDLEA, an agency under the supervision of the office of the Attorney General of the Federation and Minister of Justice.

The FEC meeting presided over by President Muhammadu Buhari at the State House, Abuja, also reviewed the successes recorded by the agency, where it was briefed that between January and July 2022, the Brigadier-General (rtd) Buba Marwa-led parastatal arrested over 18,940 suspects. Including securing 2,904 convictions from the court within the period, a development that has led to unprecedented reprisal attacks on its personnel.

The agency was in the news this month when it seized cocaine worth about $278 million, which in Naira value translates to about N194billion.

“The purpose of the memo was to seek the approval of Council for the award of contract for the supply of 4 customized armored security vehicles or 14 seater model vehicle for the NDLEA in favour of Devcom Integrity Services Limited and the contract sum of N580,500,000 only, inclusive of the 7.5 Value Added Tax.

“It has a delivery period of 16 weeks. It is common knowledge to all that in recent times the NDLEA has been repositioned and arising from the support in terms of capacity building hardware and associated things, they have recorded an extra ordinary unprecedented success.

“Of recent and still in our memory is a seizure of cocaine having a market value of about $278 million, which in Nigeria Naira translates to about N194 billion naira and in terms of volume is about 1.8 tonnes. So with all these successes recorded, it is only logical that the criminals and criminal syndicate are now devising means, inclusive of attacks on the personnel of the NDLEA.

“So it is with that in mind that a memo was presented to FEC seeking approval of the Council for the procurement of armored vehicles for the agency.

“The memo was taken and at the end of the day, it was approved, contract for the procurement of 14 seater armoured personnel vehicles which was approved. The delivery period for the vehicles to the NDLEA is 16 weeks from today. And the company that has been granted the contract is Devcom Integrated Services Limited.

“We are happy with the successes being recorded by NDLEA for the purpose of further information. I think it is relevant to state that NDLEA has succeeded in many ways.

“Between January and July 2022 it has  succeeded in arresting over 18,940 suspects. They have equally secured 2,904 convictions within the period, which has led in effect to the unprecedented reprisal attacks on officers. So with the progress being recorded, it becomes necessary that the agency be supported with armored vehicles and Council has considered and indeed approved accordingly”.

FEC also approved the sum of N27.233 billion for the rehabilitation of 30-kilometer Idoani-Otuo road linking Ondo and Edo states and N1.85 billion for the construction of a 27-kilometer retaining wall at the Salt Lake in Ebonyi state.

Briefing newsmen, the Minister of Information and Culture, Alhaji Lai Mohammed, who stood in for the Minister of Works and Housing, Babatunde Fashola, said the Ondo-Edo road rehabilitation contract was awarded to Mothercat Limited with a completion period of 36 months.

Also briefing, Minister of Mines and Steel Development, Olamilekan Adegbite, disclosed that the N1.85 billion Ebonyi Salt project was a direct intervention by the President.

According to him: “We import our salts from abroad, spending annually, something in the region of about $88 million. Now by this project, it will mitigate that. It will not satisfy local demand, but at least meet some of the local demand and save us the Forex.

“The salt is in Ebonyi State, of course, naturally, but it cannot be mined without this infrastructure that we’re about to do. We’re building a retaining wall because water comes in and washes the salt away every time.

“So, after the environmental impact analysis was done, the report suggested that we needed to build a retaining wall. This retaining wall is about 27 kilometer long and about 2.9 meters high. It’s being funded directly from the Presidency, it was awarded to Reinforced Global Resources Limited, at the sum of N1.85 billion for the retaining wall.”