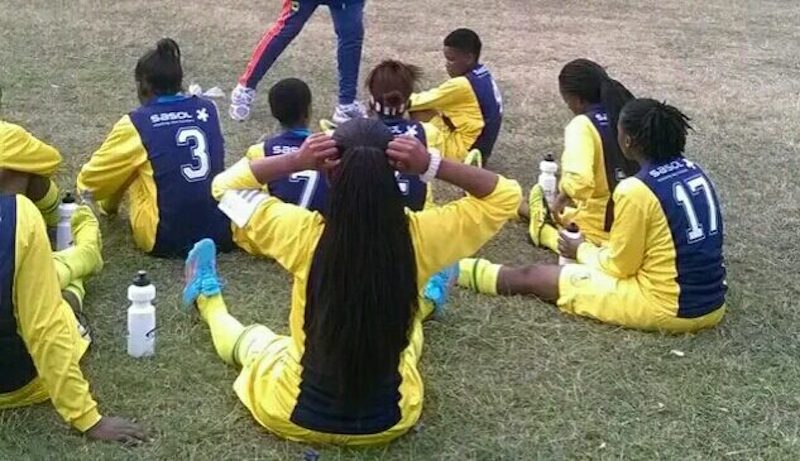 Six grassroots female footballers have reportedly been kidnapped by gunmen in Urhonigbe, a border community between Edo and Delta states in Orhionmwon local government area of Edo State.

It was gathered that the footballers were kidnapped around 6pm on Friday while returning from a football  competition at Owa-Alero in Ika North-East Local Government Area of Delta State.

A source in the community said the kidnapers have contacted some families demanding a ransom of N5million for each of the victims.

He said: “They (footballers) went to Owa-Alero to play football match, so, on their way back, they were kidnapped at Uronigbe area, the boundary between Delta and Edo states.

“The victims include Mrs Precious Agbajor, one Abraham, Nancy, Beatrice including the driver. They are six in number that are in kidnapper’s den. The matter have been reported to Urhonigbe police station.

“The kidnappers have contacted the family of Agbajor and asked them to pay N5 million for his wife.”

However, his Edo state counterpart, Chidi Nwabuzor said from the record available at the State Command, there was no information about the incident.

He said: “You know we transmit our records to Force Headquarters everyday. There is no such record before us. From the Command’s record, no such incident happened yesterday (Friday) so the police will not give account of anything unreported.

“It is only when an incident is reported that the police can act on it. In most cases citizens are not aware of the powers to report incidents. So the record I have from the Command is that no such incident happened yesterday (Friday), today (Saturday) and even day before yesterday (Thursday).’