Palace ‘Coup’ at the Apex Court 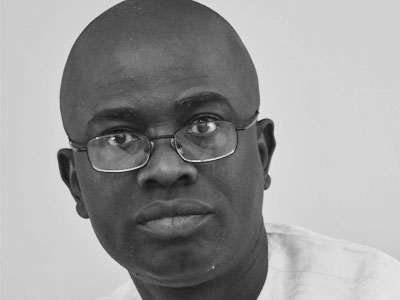 Justice Tanko Ibrahim Muhammad, who resigned as Chief Justice of Nigeria (CJN) on Monday, is a living proof that it’s always difficult for anybody in the public space to get a second chance to make a first impression. Right from the unfortunate spectacle of his Senate confirmation hearing on 17th July 2019, many Nigerians had lost faith in his capacity to lead a judiciary that would advance the rule of law and public good. That perhaps explains why when his colleagues went to town last week with an unprecedented public letter that was, for all practical purposes, designed to oust him from office, Justice Muhammad received little or no sympathy.

After raising several welfare issues they claimed were left unattended while the former CJN reveled in luxury with his family, the aggrieved 14 Supreme Court Justices then called to question the integrity of their senior colleague in a rather aggressive tone: “We demand to know what has become our training funds, have they been diverted, or it’s a plain denial? Your lordship may also remember that the national assembly has increased the budgetary allocation of the Judiciary. We find it strange that in spite of the upward review of our budgetary allocation, the Court cannot cater for our legitimate entitlements. This is unacceptable!”

It is instructive that all the 14 Justices, without any exception—and representing all ethno-religious divides in a country where the elite hardly agree on anything except their personal privileges—signed the protest letter. And for effect, they also adopted the Obasanjospeak of ‘with all due respect’ (whenever the former president wants to assail someone) to drive their point home: “Your Lordship, with all due respect, this is the peak of the degeneration of the court; it is the height of decadence, and clear evidence of the absence of probity and moral rectitude…this act alone portends imminent danger to the survival of this court and the judiciary as an institution which is gradually drifting to extinction.”

From the moment that letter became public, it was almost certain that Justice Muhammad’s days in office were numbered. It was not only an indictment on the character of the former CJN but also a vote of no-confidence in his continued leadership. So, what followed exactly a week later was quite predictable. In most countries, including where powerful people can easily get away with all manner of infractions, judicial officers who stray out of line hardly survive such mutinies, especially when in this instance it was from within. It was therefore very convenient that Justice Muhammad needed to go and attend to his health, as we were told.

Given his embarrassing performance at the senate hearing in July 2019, it had always been clear that Justice Muhammad was incapable of providing any credible leadership for the Supreme Court. Now that he has resigned, the critical public interest is the future of the apex court whose reputation is now tainted and the judiciary in Nigeria that has lost public confidence. On Tuesday, President Muhammadu Buhari swore in Justice Olukayode Ariwoola as the acting CJN, pending senate confirmation whenever his name is sent. But Justice Ariwoola must know, as we all do, that he bagged the elevation not on account of any landmark judgement he has ever delivered but rather because he is the most senior of the remaining Justices of the court. He merely rose through the ranks. That he is a beneficiary of the joint ‘coup’ against Justice Muhammad will also not be lost on critical observers.

Shortly before he developed the “health grounds” that ended his stewardship, Justice Muhammad described the behaviour of his colleagues as “akin to dancing naked at the market square”. In debunking the allegations against him, he also made the critical point that Judges “in all climes are to be seen and not heard,” which he then claimed informed why he refrained from joining issues with his colleagues “until a letter, said to be personal, is spreading across the length and breadth of the society.” That is a very important point that we should not miss in the euphoria of the moment, no matter how we feel about the stewardship of the former CJN.

The 14 Justices of the Supreme Court who signed the protest letter that upended the tenure of Justice Muhammad may feel that the end has justified the means. But in private moments, they must also ask themselves whether they could not have achieved the same purpose without bringing the apex court into disrepute as they have collectively done. If they could not resolve their own internal dispute without resorting to what can be described as a desperate mob action, then they call to question their own temperament and capacity to resolve complex public issues. Besides, if they will be honest with themselves, the challenge of justice administration in Nigeria today goes beyond the welfare of people on the bench. Nor can we put the blame for all the problems at the apex court solely on Justice Muhammad. All the other Justices are complicit in whatever we can accuse the former CJN or the Supreme Court of regarding the (mal)administration of justice in Nigeria. That of course does not exonerate the former CJN from what we can describe as an uninspiring legacy.

Under Justice Muhammad’s watch, the Supreme Court delivered some controversial judgements that have not advanced our democracy and the rule of law. For instance, at the 2019 general election, the All Progressives Congress (APC) candidate won the gubernatorial election in Bayelsa State. But he was sacked by the Supreme Court 24 hours before swearing-in ceremony just because his running mate presented questionable credentials and was therefore disqualified. The state was then awarded to the defeated Peoples Democratic Party (PDP) candidate on account of the infraction committed not by the candidate but by his running mate. That judgement, based on legal technicality, could not have been more contemptuous of the votes cast by Bayelsa electorate. There was also the case of Imo State where the governor elected on the platform of the PDP was removed by the Supreme Court after seven months in office. In its ruling, the apex court declared the APC candidate who came fourth in the election as the winner, resorting to some ‘Wuruwuru’ arithmetic without recourse to the Independent National Electoral Commission (INEC) that till today stands by its original (and evidently credible) result.

However, whatever may be our misgivings on those judgements and few others that are equally contentious, they were not, and could not have been, the act of just one man. They were collective decisions of the Supreme Court whose Justices must begin to deliver substantial judgements that are rooted in justice and equity as in the past. But to the extent that the competence of Justice Muhammad had been called to question right from when he assumed office, critical stakeholders have also been advocating a reform in the manner appointments are made to the bench. And there can be no better time to institute such reforms than now. We have reached a situation in which ethnic and religious considerations as well as political affiliations and family ties are now being used to determine suitability for appointments into, and promotions in, the bench. This is not only sad, but it also bodes ill for the rule of law in Nigeria. In the interest of our country, we must begin to enthrone meritocracy, especially in the appointment of judicial officers.

The role of the courts as the interpreter of the law, resolver of disputes and defender of the Constitution, requires that those appointed to the bench be knowledgeable and above board. This same point was made in October 2020 by Vice President Yemi Osinbajo at a webinar with the theme, ‘Selection and appointment of judges: Lessons for Nigeria’ organised by Justice Research Institute (JRI). “If we leave it to the system that is going on at the moment; we are clearly headed in the wrong direction because interest—whether the private, political or group—influences how judges are appointed”, said Osinbajo. “We must agree to an objective process to rigorously examine, test and interview all of those who want to come forward as judges.” Sadly, the administration Osinbajo serves has not gone beyond preachments on the issue.

Meanwhile, despite the resignation of Justice Muhammad as the CJN, the Senate on Tuesday resolved to go ahead with their inquisition into the circumstances that warranted the public letter by 14 Supreme Court Justices against him. “Seeing that petition on social media and eventually in the mainstream media, I was taken aback because it is unprecedented,” said deputy senate president, Ovie Omo-Agege. But I don’t know how the Opeyemi Bamidele-led committee will handle their assignment without running into a constitutional problem given the principle of separation of powers on which the presidential system of government rests. But I agree with the senate president, Ahmad Lawan that the problem of the judiciary goes beyond the issue of funding.

There is a growing concern that this Supreme Court is relying too much on technicalities to decide important cases. Yet, even from the definition of the term given by the late Justice Niki Tobi who also sat at the court, it is obvious that legal technicality neither promotes the end of justice nor advances the good of any society. That was the import of the question posed to Justice Muhammad at his senate confirmation hearing three years ago which he bungled. “A technicality arises if a party quickly takes an immediately available opportunity, however infinitesimal it may be, to work against the merits of the opponent’s case. In other words, he holds and relies tenaciously unto the rules of court with little or no regard to the justice of the matter,” according to Justice Tobi who, like other distinguished former Supreme Court Justices, including the late Christopher Aniagolu, frowned at using technicality to pervert the course of justice.

As I stated earlier, the letter writers at the Supreme Court knew that by assailing the integrity of Justice Muhammad, they were dealing him a mortal blow. But in an unintended manner, they have also raised the bar of public probity on themselves and others who man the temple of justice in Nigeria. That may be good for the system. In upholding the compulsory retirement of a District and Sessions Judge of Madhya Pradesh in 2004 on what would ordinarily be dismissed as a minor infraction, the Indian Supreme Court held that the standard of conduct expected of a judge is much higher than that of an ordinary citizen. “A judge, like Caesar’s wife, must be above suspicion. The credibility of the judicial system is dependent upon the judges who man it. For a democracy to thrive, every judge must discharge his judicial functions with integrity, impartiality and intellectual honesty,” the Indian apex court held.

While 14 Supreme Court Justices may have used ‘Aluta’ to oust their senior colleague as CJN, they must also now know that they have set a precedent. If they don’t mend their ways by beginning to deliver judgements that advance the course of justice and public good, the next career-ending letter about their conduct may not come from within!