Olusegun Odunaiya: On the True Mark of Leadership 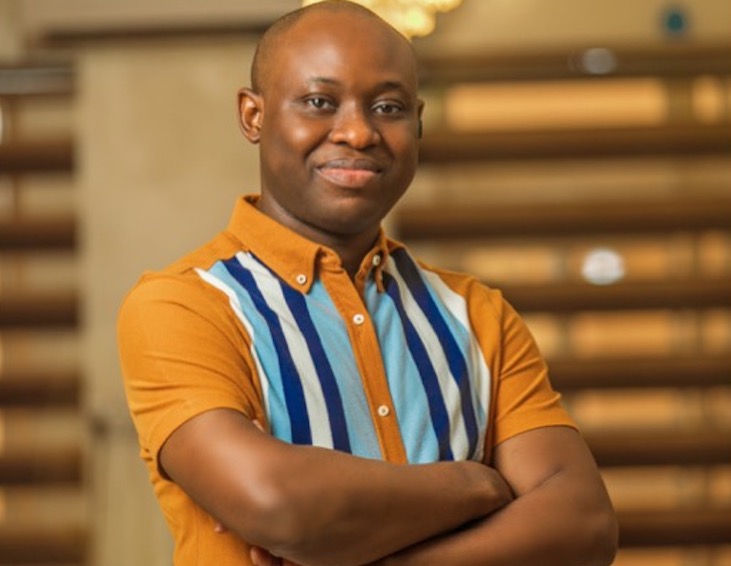 At 40, Olusegun Odunaiya has demonstrated exceptional leadership skills as the CEO of Havenhill Synergy Limited, a clean-tech micro utility organisation that he founded 12 years ago. He leads a team of innovative and committed young people in providing clean, cost-effective, and sustainable solutions to curb the electric power crisis in rural and urban Nigeria using solar energy. Passionate about improving lives, Odunaiya in this interview with Vanessa Obioha, reveals the kind of leadership that Nigeria truly needs

Getting Olusegun Odunaiya for a physical meeting was going to be futile, his publicist warned. His unavailability was not a trait of arrogance, rather the CEO of Havenhill Synergy Limited, a clean-tech micro utility organisation, was always on the move. As the leader of a company that takes pride in providing sustainable solutions to curb the electricity menace in rural and urban Nigeria using solar energy, Odunaiya is always looking out for partnerships and funding from numerous international and local organisations that will continuously steer his organisation in the area of impact. For instance, last May, the company received grant funding from Power Africa for the electrification of 50 primary healthcare facilities in Oyo State.

As a key player in the power sector, Odunaiya and his team of innovative and committed young people strive in providing clean, cost-effective and sustainable solutions to the epileptic power supply in Nigeria. This is in line with the United Nations Sustainable Energy for All initiative whose core objectives include ensuring universal access to modern energy services by the year 2030. Odunaiya through this company is keen on deploying mini-grids to last-mile rural communities and clean energy solutions to homes and institutions in urban areas. His target is to electrify one million households in Nigeria by 2025. Compared to the population of the country today, one might argue that his target is like a drop in an ocean but Odunaiya, during our phone conversation, explained that the process of reaching is not magical.

“The project requires significant financial investment and raising funding for projects of this nature takes time. Even when you raise the funds, you have to do procurement. Most of the components are imported. So it takes time for the shipping and clearing.”

These households are mostly in the rural or underserved areas that do not have access to the national grid. In the urban areas, however, the social entrepreneur from Ogun State offers companies solar energy as an alternative.

“Instead of them taking 100 per cent of their consumption on diesel or national grid or a combination of both, we bring in solar. So they take 70% of their consumption from solar which is cheaper. Some of our clients are beginning to save up to 40% on their energy cost.”

Odunaiya’s interest in renewable energy was spurred at Bowen University where he studied Physics and Solar Energy. Hearing his lecturers talk about how the sun can power a continent piqued his interest so much that when he left school, he carried out extensive research on solar energy.

“I found out that solar was expensive,” he said.

However, in 2001, Odunaiya had an encounter.

“We usually read stories of how people die from explosives or generator fumes in newspapers. In this particular case, it was a young boy and his family who passed on as a result of the fumes from the neighbour’s generator. They died in their sleep.

“That single encounter changed my trajectory because when I left school, I knew I wanted to do business. After that encounter, I started distributing solar lanterns to a few rural communities. But I later found out that it wasn’t sustainable because I could hardly feed myself. The funds I got were mainly from family and friends. I decided that I need to start a company and the profit I make will be used to support communities. It was never our plan to provide electricity to communities but I believe God had a better plan,” he said.

Weighing in on the recent power outages experienced in the country, Odunaiya’s expertise in the design, construction and operation of off-grid energy systems (mini-grids) came into sharp focus. He dexterously dissected the challenges confronting the sector as well as expressed optimism that better days are ahead.

“The truth is that we are still trying to catch up. First of all, these technologies are not here. The manufacturing plants are not here. Most of these components are manufactured outside the country but I can assure you that there is a lot of traction. We’ve made significant progress in this space within the last five years, and it continues to get better.

“Another thing is that now we are beginning to see significant funding for the sector. There are so many programmes within this space, they are putting money into the sector just to catalyse the growth of renewable energy, especially solar in the Nigerian market. I always say that until we begin to see solar on the roofs of every house in a street, then we can start talking that we are making progress.”

He added that the cost of energy has also significantly dropped in the last decade and will continue to happen with newer technologies and cheaper sources of finance.

While he is optimistic that in the next five years, there will be growth in the sector, he was skeptical that the dream of having 24 hours power supply would be a reality soon.. Of course, some areas enjoy such luxury, courtesy of the mini-grids supplied by private developers like him.

He pointed out that despite the privatisation of the sector, there are issues around the framework that need to be resolved. He noted that the government has realised that the vast population of Nigeria cannot be served by the grid.

“It will take several years for the grid to get to those communities. And even when it gets to the communities, there is no guarantee of supply of power.”

The way he sees it, the best way to electrify those communities is to decentralise the energy system.

“The idea of generating power from Kainji and transporting it to other states doesn’t make sense. It is not sustainable. So we need to generate power closest to where it will be consumed. And that’s what you see with all these microgrid projects in rural communities because they are like power plants. It is just that their capacity is small, which is what is needed for that particular community. The bigger the community, the bigger the power plant. And it has its own generation and distribution right within that place. If the power is closer to the people, the fewer the distribution losses, and it adequately serves the people,” he explained.

But with collaborations and government incentives for developers, he said, Nigeria may soon enjoy stable electricity.  He further underscored the ripple effect electricity has on a community.

“When you take electricity to a community, you’re giving them the infrastructure. You can build anything on it. Rural telephony, rural banking, rural insurance. Eighty per cent of our people who live in rural communities are farmers. Even though they are subsistence farmers, how can we move them from farming for their own consumption to farming for vision? Good education is built on power. Computers, technology, they need electricity. So take electricity to a community and you will find that it is an entirely new economy you’re starting and there are a lot of things that you can layer on. And that is what we are doing as an organisation. We are not just giving them power but increasing the quality of their life. We do this through our CSR to the community by providing quality education to the children in that community as well as helping farmers,” he said.

As our conversation progressed, Odunaiya assumed a passionate tone when we broached the topic of leadership. As a fellow of the Mandela Washington Fellowship for Young African Leaders, he has demonstrated leadership skills by leading his employees to make an impact in their area of influence. The core values of the company are professionalism, integrity, general improvement and excellence. Excellence according to him is about improving what you did yesterday.

The entrepreneur’s understanding of true leadership is encompassed in one word: love, which he said is lacking in Nigeria’s political leaders. He explained it thus:

“There is no special skill. The simple and only thing needed is love for the people.

He continued: “The Dubai that our leaders visit, it was built on love for the people. We can see the development in the country over the years. So it’s not about vision; there are a lot of leaders who have a vision but don’t have love.  When there is love for humanity, you will go out of your way for your people. And that’s what’s missing in Nigeria.

“In developed countries, if a young boy falls into the well, a son of nobody, you will see the Prime Minister sit by that well till the boy is rescued. The whole nation is focused on the boy. But it is not the same in Nigeria, some of the victims of the Abuja-Kaduna train abduction are yet to be released but the train has resumed services,” he argued.

For Odunaiya, where there is no love, there can never be progress, no matter the educational qualifications or vision.

“Nelson Mandela stepped down because of his love for his people. He knew he had spent the better part of his life in prison and had a few years in power. That is love because he understood that the objective of the people is greater than his personal agenda. Until we find people who love the nation genuinely, we have not yet started,” he concluded.