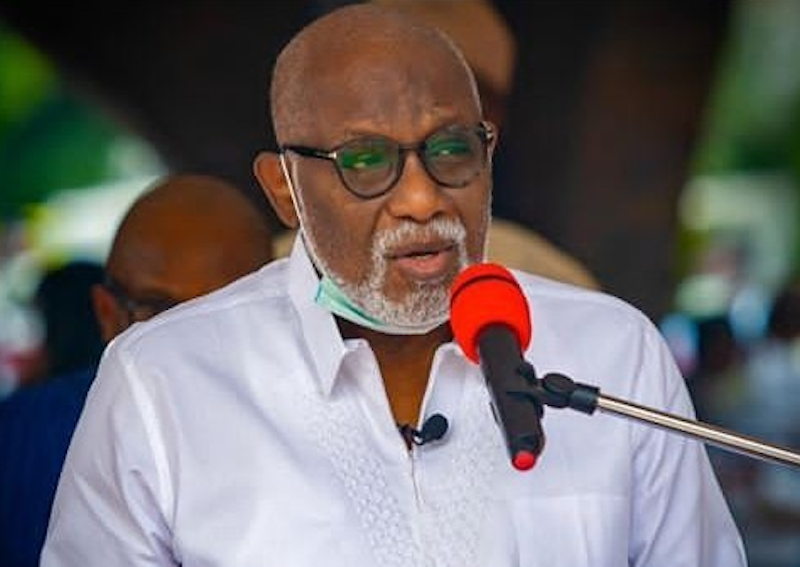 Akeredolu said that the investment would support the state’s plan and determination to improve its internally generated revenues, which agriculture has been assessed as the best sector to achieve this feat.

The governor said during the official unveiling ceremony of the new 10,000 hectare oil palm plantation in Ore, Ondo State, that “this is a farm that we are projecting to stand on a total land area of 10,000 hectares and more and this is just the first one and I believe that it will be more than this. I am saying this because we are on a path to uncover the effects of having this farm.”

He hinted that the revitalisation of Okitipupa Oil Palm that was established by late Chief Obafemi Awolowo, is encumbered by some challenges and urged parties concerned to cooperate with the government.

He added: “However, it dawned on us that we could not own the farm. Then we realised that things were not going as planned, so we decided to channel our focus elsewhere. We must all come together to plan and re-strategise so as not to render Okitipupa Oil Palm Plc dormant.”

Akeredolu expressed appreciation to the farm owner for making the state his investment destination, saying: “Today, I am super-excited to be a part of this occasion, particularly because I will be planting the first seedling on this farm. I am really honoured to be a participant and I envision that this establishment will facilitate job creation.

“As of today, we have given about 70,000 hectares to investors; about five or six of them.  We also recognise that the tree crops value chain is the one of the foremost areas where we have comparative advantage. We are committed to improving and multiplying the production of three crops such as cocoa, oil palm, cashew, rubber and coffee. These strategies are also to improve the means of livelihood of the people of Ondo State.”

Founder and Managing Director of JB Farms Limited, Mr. Ajibola Adebutu, commended the state for creating an enabling environment for investors. He disclosed that there was no inducement or demand for any form of gratification from the government officials working on to facilitate the project.

Narrating how the state facilitated the agricultural project, Adebutu said: “We have been operating out of Ogun State for quite a while and we have been looking for opportunities to expand our operations. We reached out to one or two other states but maybe they saw us as small boys and they were not interested. But one fateful day last year, I had the opportunity to meet Ondo State Governor, Mr. Rotimi Akeredolu.

“And, I prepared all my speech and I sat in front of him and I gave the best of speech I have ever given in my life, and when I finished all my story, he said ‘there is something wrong with your presentation,’ my heart sank and he said, ‘you are the one who wants to come and invest in my state, I should be the one begging you and not you begging me.’”

Also, the Governor of the Central Bank of Nigeria (CBN), Mr. Godwin Emefiele, who was represented by Head, Perennial Crops, Mr. Abdul Razak, said that the JB Farms is the only indigenous oil palm firm in Nigeria that partners with the apex bank successfully.

He said: “I can boldly say that in CBN, as of today, our greatest partner is JB Farms. We have partnered with them in other areas, especially in Ogun and Cross River States, where they cultivated 4,500 hectares while assessing CBN intervention funds. Of course, the loans have been fully repaid, and I can tell you that they are doing passionately and wonderfully well.”

The Senior Special Assistant to Ondo State Governor on Agribusiness, Mr. Akin Olotu, commended the investor for a bold step in the oil palm investment in the state.

Olotu said: “We all realise the importance of what is happening today, but I am bold to say that Mr. Rotimi Akeredolu, SAN, has brought back the lost glory of Ondo State,” through ‘Red Gold project’ and many more agro-industrial projects facilitated into the state.