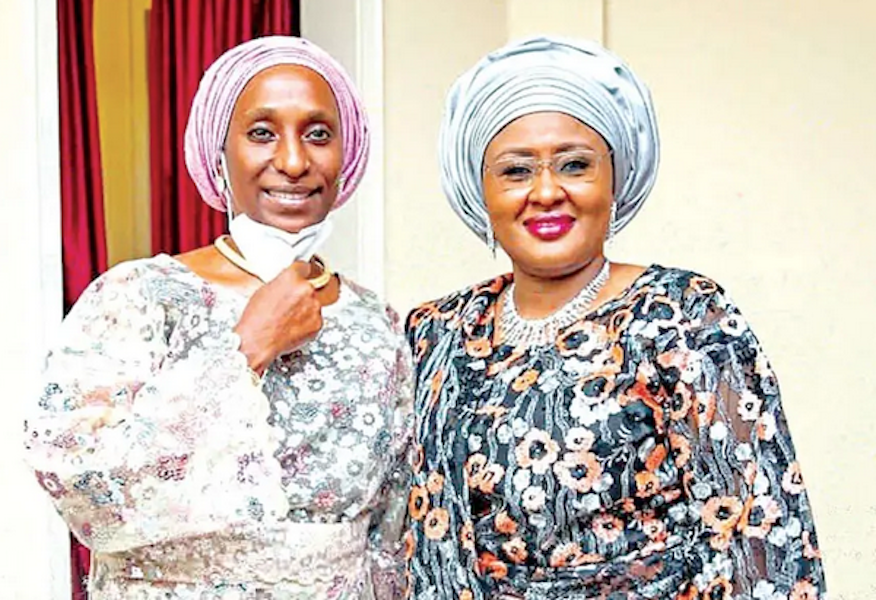 Wife of the President, Aisha Buhari, wife of the Vice President, Dolapo Osinbajo, as well as the Minister of Women Affairs, Paulen Tallen yesterday stormed the national secretariat of the All Progressives Congress (APC).

The trio arrived at the party  secretariat  around 5:30 pm when the meeting of the National Working Committee (NWC) of the party was ongoing.

They held a closed door meeting with the National Chairman of the party, Senator Abdullahi Adamu which lasted for almost an hour.

Adamu had to put the NWC meeting on hold to attend to them.

However, the reason for their visit was not made known to journalists.

Speaking,  the wife of the President said they were at the secretariat to  congratulate Adamu.

According to her, We are here to congratulate the party  chairman and to thank the whole party stewards for the work they are doing and to also seek for support for women, they should not be forgotten.

On her part, Tallen said the first lady  and her team were at the party secretariat to congratulate the national chairman for the opportunity God has given him.