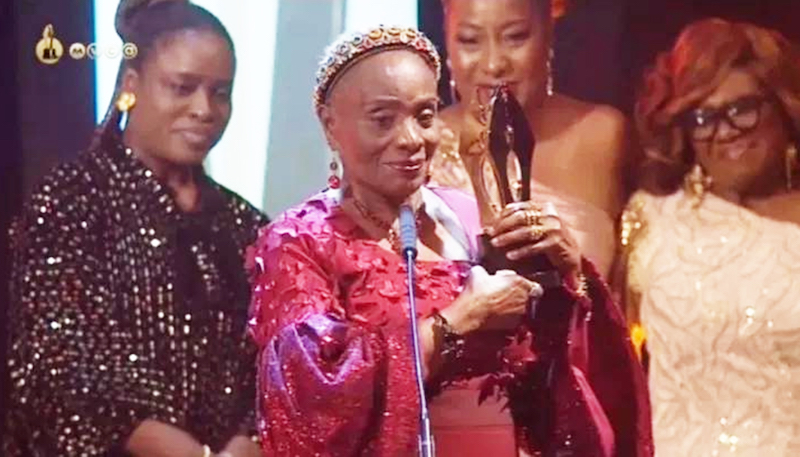 This year’s African Magic Viewers Choice Awards was not different with its tradition of keeping to time as it registered first-timers amidst major winners on the biggest and most glamorous film and television event in Africa. Ferdinand Ekechukwu reports

Returning after the pandemic year, The 2022 AMVCA celebrated African creative talents in the film, digital and TV platforms and showcased beautiful, emotional, and remarkable moments spiced by Hollywood personalities. The much anticipated  eighth edition was such a spectacle and memorable with winners announced on the biggest and most glamorous night on Nigerian entertainment.

A culmination of eight days event, timing was of essence as it is with the AMVCA tradition in association with MultiChoice and sponsored by Amstel Malta.  The beautiful night at the Eko Hotels venue, Lagos, last Saturday had barely kicked-off with Yemi Alade taken to the glittering stage for a riveting opening performance which roused the audience.

With the perennial host, IK Osakioduwa alongside South Africa’s Bonang Matheba spot on, the excitement was palpable. Some other favorite showpiece of the night was Mavin star, Rema linking up with legendary singer Lagbaja to deliver another banger! Soonest, the audience got on their feet to dance to Lagbaja’s evergreen ‘Konko Below’.

A cross-generational performance of some sort, their session was so pulsating that one had expected, and thought Yemi Alade joining the duo would have made it explosive! There were also D’banj closing performance of the award show and the Idol 2021 winner, Kingdom and the other finalists rendering a medley of songs. Also worthy of mention was their beautiful rendition of Beyonce’s ‘I was Here’ in honor of the departed stars.

It retained some of its traditions such as paying tributes to creative talents who passed away in the past two years like Ifeanyi Dike, Obama DMW, Gift Ameh, and Chico Ejiro among others.

For the second time in a row, Play Network Studios won the most awards of the 2022 AMVCA with the reboot of the 90’s blockbuster movie ‘Rattlesnake – The Ahanna Story’. The Ramsey Nouah directorial took home four awards including the top three categories in the Best Director, Best Actor and Best Actress. Best Actor (Drama) win was a first for overly excited Stan Nze and an emotionally dramatic Best Actress (Drama) Osas Ighodaro who also won the best dressed female.

It was the second time for Ramsey Nouah winning the Best Director having won in 2020 with ‘Living In Bondage’ remake. The other was in the Best Cinematographer TV Series won by Muhammed Atta. PlayNetwork Studio also won Best Lighting Design (Movie/Designer) by Mattew Yussuf with the movie ‘Nneka The Pretty Serpent’ making a total of five.

The Best Overall Movie sponsored by Amstel Malta went to Izu Ojukwu and Okey Ogunjiofor’s film ‘Amina’ which had the highest number of nominations a total of 13. In the TV series, film producer and actress Funke Akindele retained her position as winner of the Best Actress in Comedy TV Series or Movie for her role in ‘Omo Ghetto: The Saga’.

As it registered major winners so it was amidst first timers in this edition. For actor and skit maker, Samuel Perry aka Broda Shaggi, it was a first, winning Best Actor in a comedy movie for his role in the movie ‘Dwindle’. Likewise a first for actress Omowunmi Dada, winning Best Supporting Actress in a Drama. Same for Best Online Social Content Creator won by skit maker, Chukuwemeka Ejekwu – Oga Sabinus.

In the special recognition, the trailblazer award, an award for outstanding achievement by young and upcoming act went to Teniola Aladese. While the Industry Merit award for this edition went to Taiwo Ajai-Lycett. The legendary thespian received a standing ovation as she danced to the stage. She recalled that her greatest joy was coming back home and having the industry embrace her.

She also acknowledged filmmaker Rogers Ofime for bringing her back home from UK to work in the industry. The producer, Ofime, also had multiple wins in the categories; Best Television Series for The Mystic River, Best Indigenous Language Movie (Hausa) for Voiceless and Best Africa Magic Original Comedy Series for The Johnsons.