When Justices Cry Out; and INEC Makes Right Decision 27 mins ago

Buhari, Malami’s Suit on Electoral Act Struck Out by Supreme Court 28 mins ago 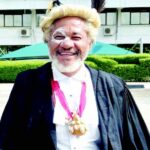 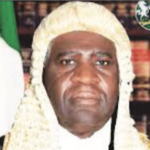 A sociocultural organisation, The Unity Group (TUG) has congratulated former President, Dr. Goodluck Jonathan, on his recent appointment as a member of the International Advisory Board of the European Corporate Council on Africa and the Middle East (ECAM Council).

Jonathan’s appointment into the Board was made known last week  through a statement by his media aide, Ikechukwu Eze, who disclosed that by the appointment,  Jonathan has become the first sub-Saharan African leader to serve on the board of the ECAM Council, which he said, is a non-profit organisation established with the purpose of promoting and developing relations between the countries of Europe, Africa and the MENA (Middle East and North Africa) region, with Italy playing a leading role.

Reacting to the development, TUG in a statement yesterday  said the appointment is another testimony of Jonathan’s ever rising profile as an international statesman and a rare personality of focus.

The Group also commended President Muhammadu Buhari for what it described as presidential and diplomatic protocols extended to Jonathan, to enable him function maximally on his international assignments.

The statement was signed by the National Coordinator of TUG, Chief Johnny Chukwudi Metchie, who is also the President General of Umueri General Assembly and the National Secretary, Bonaventure Phillips Melah, a veteran journalist and author.

“We consider it a privilege, to send you this congratulatory message, on your latest appointment as a member of the Board of the international advisory board of the European Corporate Council on Africa and the Middle East (ECAM Council).

“This congratulatory letter is a token of our appreciation to you, on behalf of millions of our members across Nigeria, for standing in the gap for Nigeria and helping to positively impact our country’s global perspective as one of the countries with competent human resources needed to make the world a better place.

This is even so, as we recall, that you are currently the Chairperson of the International Summit Council for Peace (ISCP), ECOWAS Special Envoy on Mali and Chairman of ECOWAS Council for the Wise, Chairman, West Africa Elders Forum and United Nations Crisis Manager for Africa, among many other international appointments.

“Your various international appointments and global engagements as well as credentials as a democrat, truly confirm you, as an Inspiration to the present and future generations; as have been conferred on you in the past, through awards, by many national and international organisations.”

TUG also commended President Muhammadu Buhari, under whose administration Dr. Jonathan’s image has soared to greater heights, saying it was to Buhari’s credit that the former president has been given unfettered access to information and presidential protocols to function effectively in all the positions and challenges of his various international appointments.

“We want to use this medium, to also commend President Muhammadu Buhari, for his total support to Dr. Goodluck Jonathan, as well as the unreserved deployment of presidential and diplomatic protocols at his disposal, as he shuttles from one country to the other, to carry out his global assignments of waging peace and reconciling countries and peoples in conflict, among other callings,” TUG stated.

The group therefore prayed that Jonathan may have good health and other fruits of grace to further serve Nigeria and the world as God may direct him.

“We hereby pray that God grant you good health and all other fruits of divine grace to be able to carry out the responsibilities He has placed on your shoulders and the courage to answer the call to duty, when Nigeria needs you, as may be the case this time” TUG concluded.