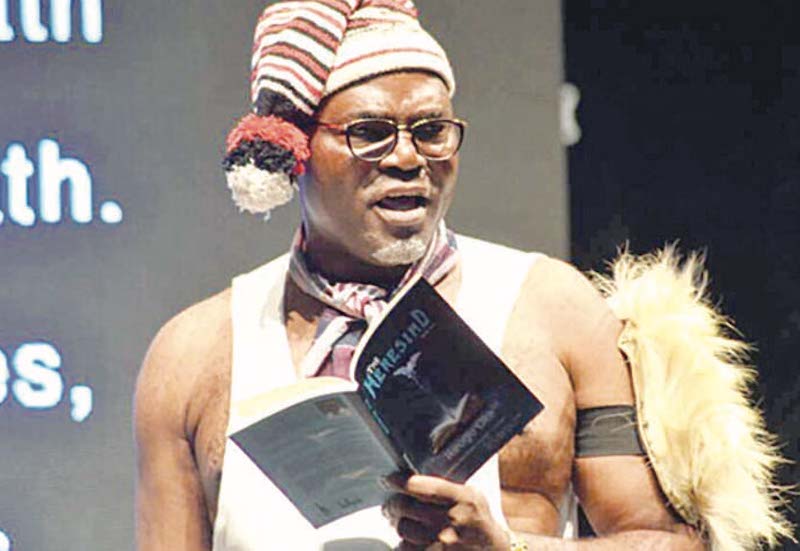 This year, poetry returns in the spotlight of the Nigeria Literature Prize spotlight, with the promise of innovations and inclusiveness. Okechukwu Uwaezuoke reports

To all appearances, it is poetry, of all literary genres, that wears the diadem as the literary community’s most favoured one. This year’s announcement of as many as 287 entries vying for the Nigeria Literature Prize’s $100,000 cash prize, as against 202 entries for prose fiction last year, seems to confirm poetry as always having had the most entries in the annals of the literary prize, which rotates annually among four literary genres: prose fiction, poetry, drama, and children’s literature. A cursory glance at the past entry figures in 2013 and 2017, for instance, shows that the literary genre had 201 and 184 entries, respectively. And these were way ahead of the entries recorded during the years when the spotlight was on the other genres.

Flashback to 2005, the year after the Nigeria Literature Prize wormed its way into public consciousness. The literary community, still sulking and chafing at its non-award during its inaugural edition, was somewhat consoled by the eventual emergence of two co-winners: Gabriel Okara (for his entry, The Dreamer: His Vision) and Ezenwa Ohaeto (for his entry, Chants of Minstrel). This was even when the expectations swirled around a single winner for the winner-takes-all $20,000 cash prize. Another non-award, as was the case in 2004, would not only have been deemed a failure by the organisers to match their words with action but also probably hurt the credibility of the prize, which was still in its toddling years.

But then, with “excellence” being the judging panel’s stated condition for the award of the prize, there was no way the non-award spectre would have been fully exorcised. Hence, the organisers were unable to stave off the doleful consequences of a no-winner verdict returned for poetry in 2009. Crushed by the fact that not even one of the shortlisted 11 poets – prematurely celebrated as the “first eleven” of Nigerian poetry by the poet and polemicist Odia Ofeimum – could win the overall prize, which was then $50,000, critics of the prize ramped up their attacks.

The din of these criticisms would eventually peter out when, in 2013, the second year of the prize’s third cycle, Tade Ipadeola, for his poetry collection, The Sahara Testaments, became the first-ever sole winner of the overall prize in poetry. By then, the prize’s cash value had been upped to $100,000. This same feat would be replicated in 2017 by the late Ikeogu Ike with his entry, The Heresiad.

With the four consecutive years that witnessed the awards of the prize for the different literary genres during the fourth cycle – in 2016, 2017, 2018, and 2019 – it would seem that the ghost of the non-award of the prize has at last been laid to rest. By now, lingering doubts and rumours swirling about the prize’s credibility would have been dispelled. Possibly, this also helped bolster the confidence of a promising new generation of writers and partially explains the increase in the number of entries.

Equally helpful for the growing acceptance of the prize this year is the inclusion of two non-academics – award-winning poet Toyin Adewale-Gabriel and notable performance poet Dike Chukwumerije – in the three-man judging panel chaired by Professor Sule Emmanuel Egya. “Be assured that their credentials are solid and they speak to their craft and contributions to the literary world,” NLNG’s General Manager for External Relations and Sustainable Development, Andy Odeh, said at a ceremony in Lagos, during which the Chair of the Prize’s Advisory Board, Professor Akachi Adimora-Ezeigbo, handed over the 287 entries to the panel of judges.

According to Odeh, the decision by the Advisory Board to appoint two out of the three judges who are practitioners from outside academia was based on feedback from various stakeholders.

Indeed, there is every reason to be upbeat about the composition of the judging panel. First, there is Professor Egya, a professor of African Literature and Cultural Studies at Ibrahim Badamasi Babangida University, Lapai, Niger State, and also a renowned poet and novelist who writes under the pen name E. E. Sule. He has written over a hundred scholarly articles and literary essays. While his first novel, Sterile Sky, won the 2013 Commonwealth Book Prize for the Africa Region, his poetry collection, which includes ‘What the Sea Told Me’, won the 2009 ANA/Gabriel Okara Prize.

As for Adewale-Gabriel, known in literary circles as “the most beautiful and outstanding voice of the new African poetry,” she is a poet and narrator who has worked as a literary critic for The Guardian, Post Express, and The Daily Times.

Then, there is Chukwumerije, who – as the brain behind ‘Night of the Spoken Word’, a live poetry show and a theatre production, ‘Made in Nigeria Poetry Show’ – is arguably Nigeria’s most prominent spoken word and performance poetry artist. An award-winning author who has published several books, he won the 2013 Association of Nigerian Authors (ANA) Prize for Prose Fiction.

There were also hints by the prize’s sponsors, Nigeria LNG, during that media session about possible innovations to make the adjudication of the prize more inclusive and all-embracing. Notable among these innovations is the NLNG’s recent launch of the website – www.thenigeriaprizes.org – as a one-point information hub for the prizes. “This site served as the submission portal for entries received this year,” Odeh continued.

The liquefied natural gas producer hopes that this new portal will make information about the prizes, process, governance, winning works, and winners more accessible to the general public.

Meanwhile, it is with bated breath that the local literati watch the big buildup to October when this year’s overall winner will be announced.

Also handed over during the ceremony in Lagos were over 87 entries received for the NLNG’s Prize for Literary Criticism. The prize, valued at N1 million, is awarded annually to the best critical essay by a Nigerian writer or critic. Uchechukwu Peter Umezurike, a Canada-based Nigerian academic, won the prize for his article “Self-publishing in the Era of Military Rule,” published in the Journal of African Cultural Studies.