•Amaechi, Malami, Sylva, Ngige, others yet to comply

•I will consult with president, my constituents, labour minister declares

•They have up till May 16 to vacate office, says Mohammed

Minister of State for Education, Emeka Nwajiuba; Minister of Science, Technology and Innovations, Dr. Ogbonnaya Onu; and Minister of Niger Delta Affairs, Senator Godswill Akpabio, yesterday, resigned from their respective positions following the directive by President Muhammadu Buhari that ministers in his cabinet who were desirous of running for elective offices should resign forthwith.

However, Minister of Labour and Employment, Senator Chris Ngige, said he would have to consult with his constituents and the president before resigning his appointment.

Other ministers affected by the presidential directive, who were yet to resign included Minister of Transportation, Rt. Hon. Chibuike Amaechi, and Minister of State, Petroleum Resources, Timipre Sylva, both of whom have joined the presidential race on the platform of the ruling All Progressives Congress (APC).

Others are Attorney General of the Federation and Minister of Justice, Abubakar Malami, who is seeking to contest the governorship position in Kebbi State; Minister of State for Mines and Steel, Uche Ogah, who is running for governorship in Abia State, and Minister of Women Affairs, Paulline Tallen, who declared her ambition to contest for a senatorial seat in Plateau State.

With few days to the party primaries ahead of the 2023 general election, Buhari yesterday ordered ministers in his cabinet who were nursing the intention to run for elective offices to resign.

However, it was gathered that Nwajiuba had tendered his resignation letter on April 28, after the purchase of nomination and expression of interest forms for him by a group. On their part, Onu and Akpabio, it was also gathered, submitted their letters of resignation to the Secretary to the Government of the Federation, Boss Mustapha.

Briefing journalists after the Federal Executive Council (FEC) meeting presided by Buhari, Minister of Information and Culture, Alhaji Lai Mohammed, said the president directed that ministers with political ambitions had up till Monday, May 16, 2022, to resign.

But presidential spokesman, Mallam Garba Shehu, in another interview, said the president’s directive to the ministers was with immediate effect.

Speaking with journalists after the cabinet meeting, the information minister said, “The mandate I have from the president is to announce that all members of the FEC contesting for elective office must resign their ministerial cabinet appointments on or before Monday, the 16th of May, 2022.”

On the fate of other political appointees, like Central Bank Governor, Godwin Emefiele, who might also be contesting the presidential election, the minister explained that the directive was likely to be extended to non-cabinet members.

He stated, “As of this moment, the mandate I have is for members of the Federal Executive Council. Subsequently, it might affect other political appointees, but that will be made known. If there is going to be any amendment or any inclusion, you will be informed in due course.”

Commenting on the issue, the presidential spokesman said Buhari, at the FEC meeting, asked the ministers with political ambitions to toe the footsteps of Minister of State for Education, who had resigned before the FEC meeting.

Shehu, who spoke in Hausa after the cabinet meeting, said, “The president has given a directive to ministers who purchased nomination forms to contest for the presidency.

“He told them to follow the example of Minister of State for Education, Nwajiuba, who purchased form and tendered his resignation. The president said anybody who bought form to contest any elective position, excluding the vice president, should immediately resign and face his ambition. That is the directive he gave.

“First of all, anyone aspiring for the presidency should not remain in position. What I want people to understand is that whether there is law or no law the president is the one who appoints and he has power to remove any appointee. He has asked them to immediately resign, so we are waiting to see what they will do.”

He added that a circular would soon be issued by the Secretary to the Government of the Federation to explain the category of political appointees to be affected by the presidential directive.

Shehu said, “I will advise that you wait for the circular that would be issued by the secretary to the government. The circular will explain in details those affected.”

While reacting to the development, Ngige said the president gave a window for those that needed clarification on his pronouncement to meet him, adding that he would meet Buhari for explanation. He added that the ministerial position he occupied was held in trust for the government and his state, adding that he would consult them before taking any decision.

Ngige said, “I have no reaction for now because the president said if anyone wants clarifications, the person should meet him.

Meanwhile, a coalition of civil society organisations (CSOs) commended Buhari’s instruction to the ministers with political ambitions to resign.

The CSOs had on Tuesday asked the president to relieve the ministers with interest in vying for elective offices of their duties or face a mass action from Nigeria.

A statement from the CSOs yesterday read, “The Civil Society Legislative Advocacy Centre (CISLAC), Transition Monitoring Group (TMG), and the Centre for Democracy and Development (CDD) commend Mr. President for taking this laudable step and listening to the call of Nigerians towards a free and fair election, following the issuance of his directives that all members of the Federal Executive Council (FEC) running for elective office must submit their letters of resignation on or before Monday, the 16th of May, 2022.”

The statement added, “We hope that this directive takes full effect pending legislation on the Court of Appeal’s decision to void Section 84(12) of the Electoral Act 2022, which made it mandatory for political appointees to resign from office before they could vote as delegates or vie for any elective position.

“It is worthy of note to mention that this action puts to bed worries of complicity in the impunity with which some political appointees have expressed their political interests ahead of the upcoming general election in total disregard for the provisions of the Electoral Act 2022 and the sensibilities of Nigerians whose collective resources have been diverted to satisfy personal political ambitions.

“These illegalities have been well condemned by the public and the president’s decision at this time is, indeed, a welcome one and reflects a responsiveness to the yearnings of the citizenry.”

The CSOs also called on all political parties to demonstrate ethical and moral standards that ensure a democratic election and avoid the commercialisation and proliferation of money politics, which disqualified patriotic Nigerians from partaking in the elections. 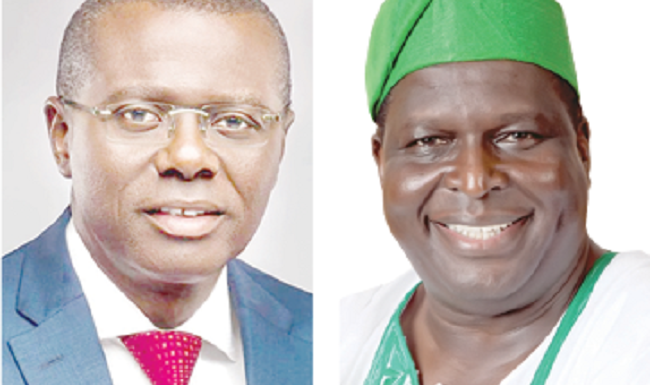