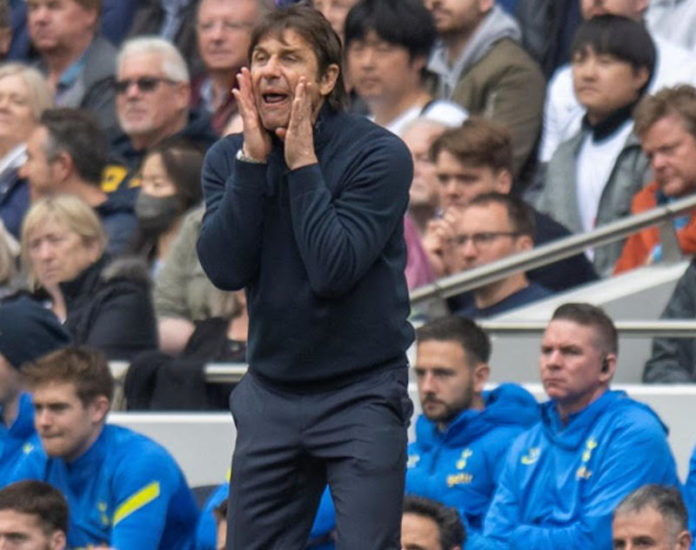 Tottenham Hotspur coach Antonio Conte yesterday warned his side against complacency as they prepare to face Arsenal in the Premier League in what could prove to be a showdown to qualify for next season’s Champions League.

Spurs sit fifth in the standings, four points behind their north London rivals with three games remaining, but with home advantage in Thursday’s derby, the Italian coach is hoping his team can get the win that would take the battle to the wire.

“I continue to tell my players to enjoy this moment, because to arrive at three games to go with an important target to play in the Champions League, it means that we are doing a good job, (but) the job has not finished,” Conte told a news conference.

“And we have to try to get three points but the answer is it won’t be easy because we are talking about a really good team, a well organised team. I think he’s (Arsenal coach Mikel Arteta) doing a really good job …

“But to stay in this position for us at this moment of the season has to give us a big push as we to try to get three points on Thursday.”

Conte said there was no change from the squad that drew 1-1 with Liverpool at the weekend, with defender Sergio Reguilon unable to recover in time.

That result drew criticism of Tottenham’s style of play from opposition manager Jurgen Klopp, but Conte said he was not bothered by the German’s comments.

“Anyone who knows me, knows very well I want to win every game. I try to transfer this thought to my players,” Conte said. “… We analysed the game the day after, and for sure if there was a team that deserved to win, it was Tottenham not Liverpool.

“In this game, I think Klopp understood he gained one point not lost two points.

Spurs face a quick turnaround after the derby, with their final home game of the season coming on Sunday lunchtime against struggling Burnley who will have had the whole week to prepare.