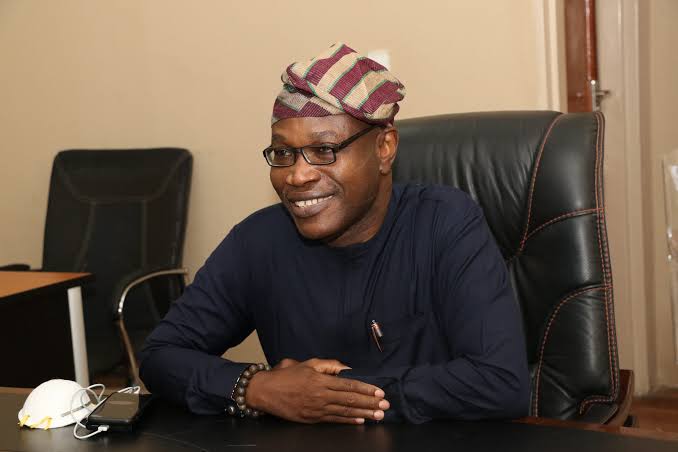 The Managing Director, Nigeria Export Processing Zone Authority (NEPZA), Prof. Adesoji Adesugba, has projected that the Lagos Free Zone is expected to generate over $461 billion in the next 45 years for the country.

Adesugba, who stated this on the sidelines of the inspection of the Lekki deep seaport by the President Muhammadu Buhari in Lagos, also stated that investment expected to be realised from the free zone would hit $3.5 billion both from the Lekki port and the free zones.

In his words: “This is one of the biggest free zones that we have at the moment. This is the first of its kind in this part of the world. The impact of this free port is that with the kind of size this deep sea port we have here, it can accept the biggest vessels in the world. 12,000 TEUs is the biggest and it is four times the size that can berth in Apapa and the multiplier effect is phenomenon. We expect from the investment that we have in this free zone upwards to $3.5b billion that is the port and the free zones. The projection is that in 45 years, we will be doing $461 billion. We are going to have thousands of Nigerians working here. The effect on the Gross Domestic Product (GDP) is going to be awesome and it will open the doors for those who want to have their factories in the free zones.”

He added: “Nigerian goods will be competitive and we will be able to employ more people in Nigeria instead of them looking for greener pastures abroad. With the free passage of goods in Africa due to AfCFTA, we need to be very competitive. Free zones are now being constructed outside the shores of Nigeria in Benin Republic, Togo and Ghana. This zone will take a lot of steam of those free zones to make us our goods more competitive.”

Also speaking during the visit, the Chief Executive Officer, Lekki Port LFTZ Enterprise Limited, Mr. Du Ruogang, expressed the profound appreciation of the company to the President for the visit and the immense support the project has received since its inception, stating that the team remains committed to delivering the project as scheduled.

Ruogang further assured that the company is working round the clock to complete the construction as scheduled by September to ensure that commercial operations commence by the fourth quarter of 2022.

“We are indeed very pleased and grateful to His Excellency, the President of the Federal Republic of Nigeria, President Muhammadu Buhari on the visit to Lekki Port today; this day will remain a memorable one in the history of this Port, we sincerely thank the President and all the dignitaries that accompanied here today even as we look forward to having them soon for the official commissioning,” he said.

On his part, the Managing Director of Lekki Freeport Terminal, the terminal oprator for the Port, Mr Denrick Moos, assured that the port operation would be a worldclass and efficient one leveraging technology in the automation of its processes.