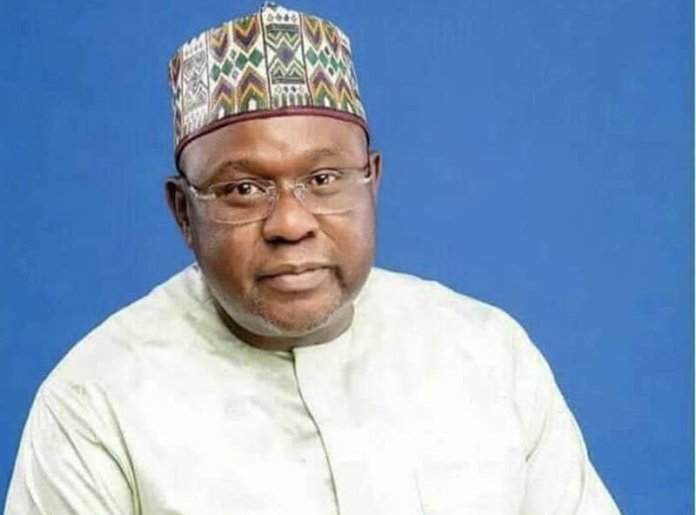 A bill seeking to give the federal government enabling powers to seize and confiscate assets acquired by corrupt public officers, money launderers and criminals involved in terrorist financing and other crimes passed second reading on the floor of the Senate, on Wednesday.

The proposed legislation is titled, “A bill For An Act To Make Comprehensive Provisions For Seizure, Confiscation, Forfeiture, And Management of Properties Reasonably Suspected To Have Been Derived From Unlawful Activities.”

It was sponsored by the Chairman of the Senate Committee on Anti-Corruption and Financial Crimes, Senator Suleiman Abdu Kwari.

Kwari said the bill was first read on March 16, 2021, and also listed as a version among the bills of interest contained in the recent Executive Communication from President Muhammadu Buhari.

He explained that the main objective of the bill is to provide for the establishment of a department in the relevant organisations to manage forfeited assets.

He said the department would provide for an effective legal and institutional framework for the recovery and management of the proceeds of crime, as well as civil forfeitures in non-conviction based sentencing.

“The bill’s other objectives are to strengthen the criminal confiscation procedure by ensuring that the total benefit from a person’s criminal activity is calculated and an equivalent amount, where recoverable, is confiscated on behalf of the Federal Government.

“It also galvanizes collaborative efforts among the relevant government agencies to implement confiscation proceedings against a convicted person in tracing and forfeiting properties reasonably suspected to be proceeds of unlawful through non-conviction based forfeiture activity proceedings,” he said.

He said it had become expedient for government to go after anyone who cannot account for how they acquired their properties.

Adeyemi said: “I hold the view that the people who have acquired their properties legally and with good funds have no cause to fear.

“Now that our nation is bleeding and our economy is in problem, we must look at how some people have acquired their properties.

“I say this with every sense of responsibility that those who have acquired properties through questionable means should be ready to forfeit them.

“If people have properties they cannot account for, the government should go after them.”

Senator Aliyu Sabi Abdullahi said: “I think the critical caution we should be making here is the issue of fair hearing.

“By the time you decide to say somebody has done something unlawful or illegal where you have not been able to prove that, and you’re already taking the steps that a law court ordinarily in our present jurisprudence should be taking, I think is like putting the cart before the horse.

“I think it is our duty to support such a law, but it must not be done in a manner that at the end of the day, when you have somebody that does not mean well, you have given him a weapon to go after his perceived enemies. I think that is where caution has to come in.”

She said: “For very brilliant senators like us, we cannot be seen to pass a bill which we haven’t thought through and that is not in line with best global practice.

“We shouldn’t play ostrich with this bill. We are going to create a situation where conflict of interest within establishments will continue to exist.

“Subjectivity in handling issues will be the subject of the day, and innocent Nigerians will be made to be victims of this law, and laws are not supposed to be like that.

The bill after consideration was referred by the Senate President, Ahmad Lawan, to the Joint Committee on Anti-Corruption and Financial Crimes; and Judiciary, Human Rights and Legal Matters.

The Joint Committee was given four weeks to report back to the Senate in plenary.

Meanwhile, a bill seeking to broaden the functions of the Public Complaints Commission also scaled second reading on Wednesday.

It is titled, “A Bill To Make Provisions For The Public Interest Disclosure And Complaints Commission (Establishment) Bill 2021.”

Sponsor of the bill, Senator Suleiman Abdu Kwari, said the bill seeks to expand the existing provisions in the Public Complaints Commission Act 1975, to enable it accommodate Public Interest Disclosure.

The bill after consideration was referred by the Senate President to the Joint Committee on Anti-Corruption and Financial Crimes; and Ethics, Privileges and Public Petitions.

The Joint Committee was also given four weeks to report back to the chamber.