A pressure group within the All Progressive Congress (APC) in Delta State, Restoration Agenda, has urged the national leadership to urgently resolve the crisis bedeviling the State chapter of the party ahead of the 2023 general elections.

The group maintained that the chances of the party would be greatly affected in the forthcoming elections if the national leadership of the party fail to reconcile aggrieved members.

A Chieftain of Delta State APC and spokesman of Restoration Agenda, Professor David Ejenobo, however, maintained at a press conference in Warri yesterday, that in spite of the internal wrangling within the party, it still stands a better chance of defeating the ruling Peoples Democratic Party (PDP) in the next governorship election in the state

He noted that failure of leaders to reconcile and work together in the interest of the party was responsible for the recent defection of some leaders including a former deputy state chairman of party, Chief Cyril Ogodo, to the ruling PDP in Delta.

“It’s the opinion of members of Restoration Agenda that the APC in Delta State is still very much alive and kicking in spite of the recent ugly developments. We affirm our commitment to the ideals of APC our neutrality in trying to fashion solutions to the prevailing circumstances.

“We therefore, call on all our teaming APC members to remain steadfast and united in achieving the aims and objectives of the party in Delta State,” the group said.

While advising Senator Omo-Agege to open reconciliation doors with aggrieved party leaders, Prof Ejenobo said: “It’s our considered opinion that the National body should come in to do all it can to bring back sanity into the affairs of the party. We suggest that the national leadership of the party should prevail on the leader of APC in Delta State and Deputy President of the Senate, Senator Ovie Omo-Agege to shift ground by accommodating major stakeholders who feel marginalized and fenced out during the last congresses.

“By so doing, genuine reconciliation will not only take place but the party will be more united. If APC is to make an impact in 2023 elections, then this is the only path available to achieving that goal,” he said.

Prof Ejenobo, while pledging APC Restoration Agenda’s continued support to President Muhammadu Buhari and unity of Delta APC, tasked Mr President to give the party direction for the selection of the presidential candidate for the 2023 elections.

“Members of the Restoration Agenda hereby affirm our total support to the leadership of our President Muhammadu Buhari. We urge him to give direction on the selection of who will take over from him as our next President because we are prepared to work with his directives.

“We pledge our willingness to work with whoever emerges as the candidate of the party for the Presidential elections”, further added. 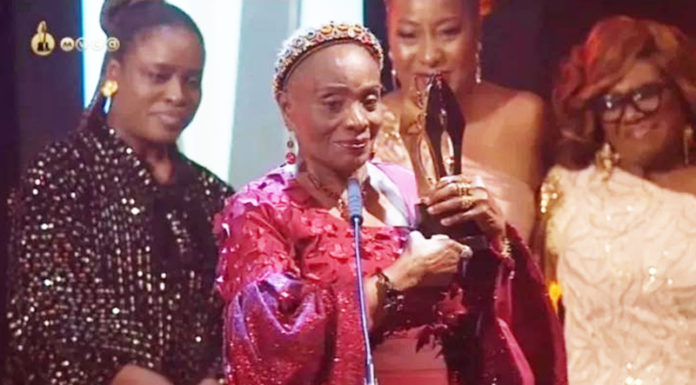