True story: I take brain-enhancing supplements. And I wanted to market them in Nigeria because of how they help me think deeply. I mentioned this to a friend who owns malls across Nigeria. He told me not to waste my time. He said if I want to make money in Nigeria, I should sell sexual enhancement.

It made me sad, but can I say he was lying? I asked some other people, and they all said the same thing to me differently.

And then I began to think deeply about this. Do we as a society value pleasure over treasure? And is that why we are almost always under financial pressure? We are multiplying our population without multiplying our remuneration. And until we reverse this, we will not fulfill our potential.

I still wanted to investigate this matter some more. My mind is analytical, and until I have empirical data, I am not sure to accept a premise.

So I thought to myself, what can I investigate or invigilate to either lend or take away credence from these assertions about our contemporary values as a people?

So, I decided to investigate the biggest YouTube channels in European countries and African nations and was shocked!

My findings showed that while other nations view wealth creation and self-development channels as a preference, we love skits, comedies, pranks, music and sexy channels. Perhaps, we do need a paradigm shift.

In contrast, in Nigeria, the biggest YouTube channel is Mark Angel comedy, and the next top five are comedians, rappers or singers.

In Ghana, the biggest channel is Sarkodie’s. He is a Ghanaian rapper. In South Africa, it is Trevor Noah, the comedian. In Ethiopia, it is Hope Music, a music group.

I found this hard to accept and reconcile with our very outward appearance of religiosity. Nigeria is perhaps one of the most religious nations on Earth.

Who are the people visiting these pornographic websites?

The thing is that we have not always been like this. Our pre-colonial culture was not like this.
Gradually, we have grown to be a people who are publicly religious and privately hedonistic.
But then again, am I sure it is so private?

I remember the 100 private jets that attended Buhari’s son’s wedding, and the day it rained private jets in Maiduguri on December 28, 2019, during the wedding ceremonies of the son and daughter of Kyari Mele, the Group Managing Director of the Nigerian National Petroleum Corporation (NNPC).

I also remember a World Bank report that said if you isolate Borno and Yobe from Nigeria, both places would be the poorest places on Earth.

Yet, that is where we saw the most obscene display of wealth one can ever imagine.
What this shows is that we as Black folk prefer to be entertained than to be educated. We have become lovers of pleasure and have thereby missed out on treasure. And until we change that, our circumstances will hardly change.

And the way to change that is to start teaching our children to value education over entertainment. It is not that we should not be entertained. We should. But it must not take priority over education.

Perhaps it is too late to change our generation, but we must not pass on these generational bad habits that have not served us well.

That is why I have always maintained that there is nothing like generational curses.

Too often, poverty is passed down from one generation to the other, and this can lead to people, even educated ones, having a mindset that leads them to believe that there is some spiritual factor behind the chain of poverty in their lineage.

It is easier to deal with poverty when you can blame it on inanimate things, rather than on yourself. And this failure to take responsibility for one’s station of life has created a huge growth area for purveyors of religious mind control.

Many snake oil pastors are now into the habit of having visions that tell many poor persons which village person is behind their poverty. It has even gotten to the ridiculous extent whereby people are told that their own children are the witches and wizards making them poor. And they believe these farcical claims.

But the question remains unanswered. Why are many people poor, especially in Africa and many parts of Asia, as well as in some other parts of the world?

It is as a result of habits that get passed down from generation to generation. How do I mean?
Consider the following:

‪Your parents had you when they had no money. And you hated it. You grew up with an inferiority complex. You resented your richer cousins, and expected their parents to provide for you. And when they naturally focused on themselves and their immediate family, you and your parents saw them as wicked.

The next thing you do after getting married and starting a family you cannot afford to provide for, is to go to church and start seeking deliverance from generational curses.

But there is nothing like a generational curse. You did not get where you are by chance. You got there by choice. You made generational mistakes! You chose to make the same mistake that your father, grandfather, and great grandfather made!

And the best way to break generational bad habits is to break out from the location where those bad habits were formed and crystallised.

Your first memory in life is of your first home and the neighbourhood where you were born. It grounds you. It is almost like a thermostat. When you stray too much from your roots, your mind readjusts your life, because most people are tied to their history and not their potential.

So, if you, as a parent, want your children to have a better chance at life than you, then relocate and dislocate those patterns of poverty that have plagued your lineage.

Move out of that low-rent neighbourhood, into a better postcode. It is better to live in a small place in a high-rent area than live in a big place in a low-rent area. Where you live affects your potential and opportunity. You co-mingle with people and become like them. That is why Abraham had to leave his hometown to prosper.

Even if you are poor, and cannot find a tiny space in a good neighbourhood, that is not the end of the world. What you can do is to occasionally take your children to classy hotels, nice malls, the cinema or just some fun hangouts. Expose them to the rich so they do not have a poverty mentality. Even if your parents did not do it for you, break the cycle and do it for them.

It does not matter if you live in a slum like Kibera, in Kenya, or Ajegunle in Lagos. Don’t pass on the poverty mentality to your children. Wake up your son or daughter one day. Have a shower. Dress well and dress them well. Then go to a Mercedes dealership with audacity and price and test-drive the latest Benz. You are expanding your children’s mind beyond their immediate environments.

It is probably too late for your mentality to change significantly, even though it is possible for it to change slightly. However, your children are a different matter. Their kinds are still pliable and they are learning much of their foundational principles. If you aim them in the right direction, you will be aiming them away from the generational habits that have led you and your lineage so far to the state of existence and consciousness that you exist under.

How many times have you received a credit alert and you got angry? No. Credit alerts make you happy. Money makes you happy. Money can buy happiness. The happiness may be temporary. But it is still happiness. When God was happy with Solomon, what did He give him? Wisdom and wealth. Only misinformed people say money can’t buy happiness. If the person that is telling you that nonsense gets an alert in front of you, you will see him showing all his 32. Don’t listen to that type of poverty-mentality talk! The only time you will ever get angry at a credit alert is when the money in the alert is not up to the money you expected. In other words, the more the credit alerts, the more the happiness. The less the alerts, the less the happiness. Money affects your happiness. If you want it to stay longer, make more money legally. 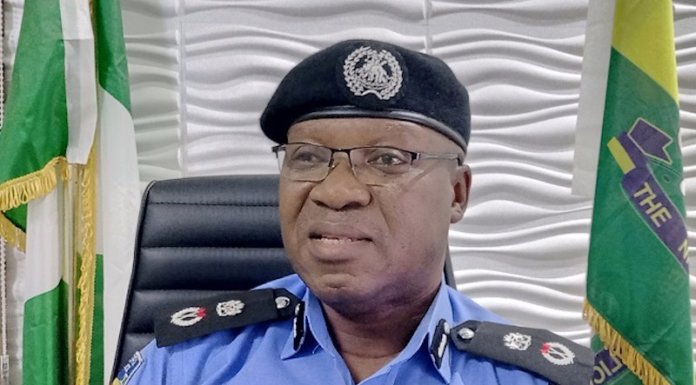