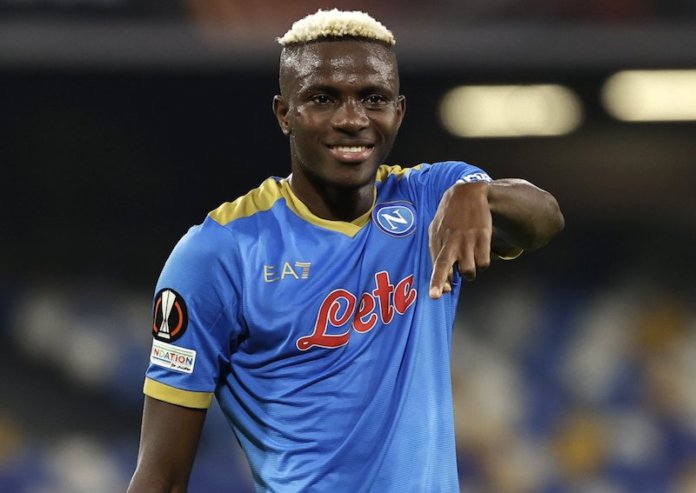 Nigerian international, Victor Osimhen, yesterday made a 64th minute appearance for Napoli for the second time since his return from the cheekbone injury. Napoli thrash visiting Salernitana 4-1 in Serie A on Sunday.

Osimhen was up against two Nigerian internationals Joel Obi and Simy Nwankwo in the Salernitana line up.

Juan Jesus opened scoring for Napoli in the 17th minute but Salernitana equalized with Obi involved in the build up to the goal.

On the stroke of half-time, Eljif Elmas dribbled into the box and was surrounded by defenders, Frederic Veseli with the ill-advised challenge for a penalty, which Dries Mertens converted to put Napoli 2-1 up.

In the 47th minute, Amir Rrahmani made it 3-1 when Zielinski flicked a header backwards, Mertens flashed his assist across the face of goal for the defender to bundle over from close range with his knee.

And in the 53rd minute Napoli were awarded another penalty which Lorenzo Insigne converted, allowing him to equal Diego Armando Maradona’s 115 goals for the club.