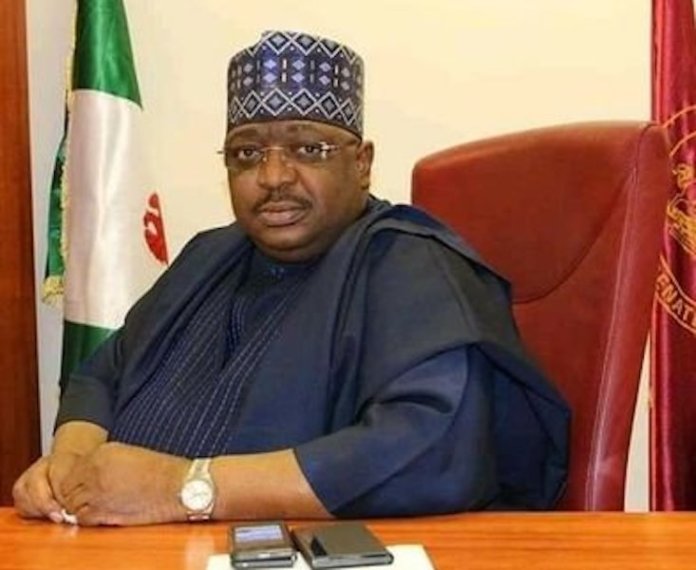 Aduda was one of the dignitaries at the final of this year’s Mark D’ Ball Women Basketball Championship held at the Indoor Sports Hall of Moshood Abiola Stadium Abuja at the weekend.

He described Mark D’Ball initiative as a positive development that will better the lot of the players in the country.

The senator promised to partner Mark D’Ball Basketball Championship organisers to improve the fortunes of players in the FCT and Nigeria in general.

Aduda said the collaboration with the Mark D’Ball championship will sustain the competition and improve the lot of the players in the country.

“There is the need to sustain this Mark D’Ball Basketball Championship and develop the game in the FCT. Sustainability is key in the development of the game.

“Basketball is a game that I am in love with because I grew up playing it when l was in Zaria alongside Skambo Morrison. So, I commend the organiser of Mark D’Ball and I will partner him to grow the game in FCT and Nigeria in general,”Aduda said.

Kada Angels of Kaduna on Friday eveningedged Sunshine Angels of Akure 68-66 to win the losers final, and prize money of half a million Naira.