CSOs, including Rule of Law And Accountability Advocacy Centre (RULAAC) and International Peace and Civic Responsibility Centre (IPCRC), called on the Independent Corrupt Practices and Other Related Offences Commission (ICPC) to expedite action on the investigation of the allegations.

In a statement yesterday, the coalition expressed concern about Buhari’s inauguration 200 Buffalo Toyota operational vehicles and other equipment purchased by the Police Trust Fund for the Nigeria Police Force through contract fraud allegation on January 13 of The coalition claimed that the Chairman of the Board of the Nigerian Police Trust Fund (NPTF) and former Inspector-General of Police, Mr Suleiman Abba, claimed he was not aware of the development since his board was not carried along in the procurement of the said equipment.

It said: “We, the undersigned members of the CSO-PTF Support and Oversight Group have received with serious concern the news of Buhari’s inauguration of 200 Buffalo Toyota operational vehicles and other equipment purchased by the Police Trust Fund for the Nigeria Police Force through alleged contract fraud.

“Our concern arises from the fact, not only that the said equipment were fraudulently purchased in utter violation of the PTF Act, but also that the equipment are currently subjects of ongoing investigation by the Independent Corrupt Practices & Other Related Offences Commission (ICPC) based on a petition alleging abuse of due process, corruption and mismanagement of funds by the PTF Management”, it said.

The coalition cited media reports of an N11 billion fraud in NPTF that triggered the petition to ICPC and wondered why the president, whose government’s anti-graft drive is known should be involved in the commissioning of equipment that was already a subject of ICPC investigation.

“Fighting corruption is one of President Buhari’s signature commitments and the mantra on which he campaigned to be elected President. Several news media reported this scandal that over N11 billion substandard equipment were fraudulently purchased for the Nigeria Police by the management of the PTF.

“The report revealed that ‘sharing formula of proceeds from the fraudulent purchase of substandard equipment led to the petition’. The Chairman of the PTF Board of Trustees, Abba Suleiman, was reported to have testified before ICPC investigators as a witness, during which he made startling revelations of fraud, abuse of due process and mismanagement of the PTF funds by the management.”

It noted that the management staff of the NPTF were invited by ICPC over the matter while it was alleged that a former Deputy Governor who is a serving Senator eyeing 2023, and a Minister were fingered in the substandard equipment purchase.

“It was alleged that the bullet proof vests that ought to possess double sided shields were found to only possess shield on one side. It was further alleged that the helmets were too small and the Toyota Buffalo vehicles procured were largely substandard.”

It maintained that it was unbecoming of the president that despite the alleged scandal associated with the procurement, which allegedly breached due process, and despite the ongoing investigation by the ICPC over the petition alleging fraud and corruption, the president went ahead to commission those equipment.

“The chairman of the board is quoted to have denied knowledge of the procurement process and that the management of the NPTF has been frustrating him from resuming work with his staff at the office provided by the Nigeria Police Force.
“Is it that the president is unaware of these facts despite being widely reported in the media or is it that someone or a group of people are misleading the President?

“We note that the president was represented at the commissioning by the Minister of Police Affairs, who was quoted to have described the provision of the equipment as part of the ongoing reformation of the Nigeria Police Force. How can the commissioning of equipment that are alleged to be substandard and capable of exposing police personnel to grave danger if faced with criminals be part of any reformation?”

It noted that the minister, who spoke for Buhari, also commended the board of trustees, management and staff of the NPTF “for meticulously and meritoriously completing the project.” We dare to ask: what can be meticulous and meritorious about an alleged fraudulent act that breaches the laws of the country? 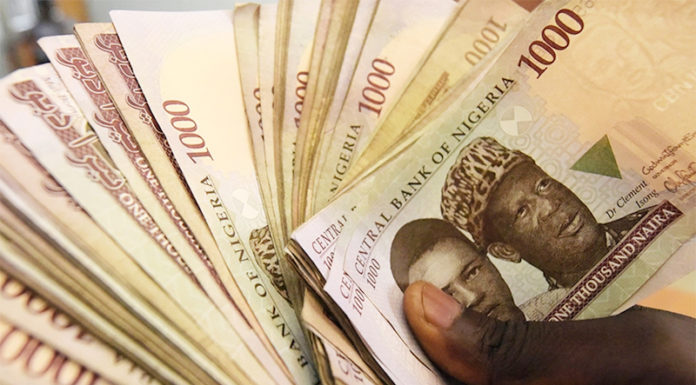