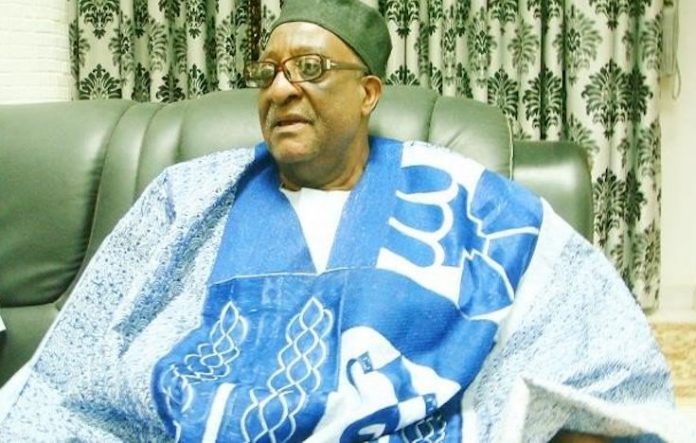 The BOT chairman also urged the governor to publicly declare his interest for the 2023 politics.

While inaugurating the hospital yesterday, Senator Jibril commended Governor Mohammed for a job well done by completing the project and equipping it within 12 months .

Accompanied by the former Senate President, who is Secretary of the PDP BoT , Senator Adolphus Wabara, Jibril said that the developmental projects been executed across the state by the Governor is a replica of his performance when he served as Minister of the Federal Capital Territory.

Senator Jibrin, who described the governor as one of the great pillars of the PDP, noted that Mohammed has been keeping his state very peaceful.

He expressed happiness that very important and useful projects are been executed by Governor Mohammed’s administration since its inception.

“Your record of excellent performance can be seen in your score card when you served as minister of the federal capital territory. I must emphasize that you have fully carried out the objectives of the PDP right from your unit, ward, local government as the whole state which is wearing a new look,” he said.

He then declared that, “All members of the BoT and the PDP family are ready to support you to succeed in whatever political office you want to aspire for in 2023. We are just waiting for you to declare your interest in any office.”

In his speech, Governor Mohammed said that his administration has since its inception of about two and the half years ago, lived up to the ideals that defined the PDP as the people oriented political party.

According to him, the PDP as a party that does not deceive or delude and has provided all the infrastructure and services in the last 20 years, adding that after PDP left, nothing has been added again.

The governor said that his administration has executed projects and programs that have direct bearing on the lives of the citizens which include the construction of roads in both urban and rural areas, hospitals, schools, among others.

In a welcome address, the Chairman of Dambam Local Government Area of the state, Alhaji Waziri Ayuba appreciated the governor for executing laudable projects not only in Dambam but the state in general.

Also speaking, the Commissioner of Health, Dr Samaila Dahuwa said before the coming of Mohammed’s administration, the health sector was in moribund condition which necessitated the governor to declare a state of emergency on health.

He said that the federal government is planning to emulate Bauchi by conducting a national health summit.

According to him, following the 2020 health summit in Bauchi, a lot of hospitals have been constructed while others are on the process.

On his part, the state Chairman of Hospitals Management Board, Sambo Mohammed Alkali commended the governor for the project, adding that the move has further bring to fruition, the governor desire to reposition the health sector.