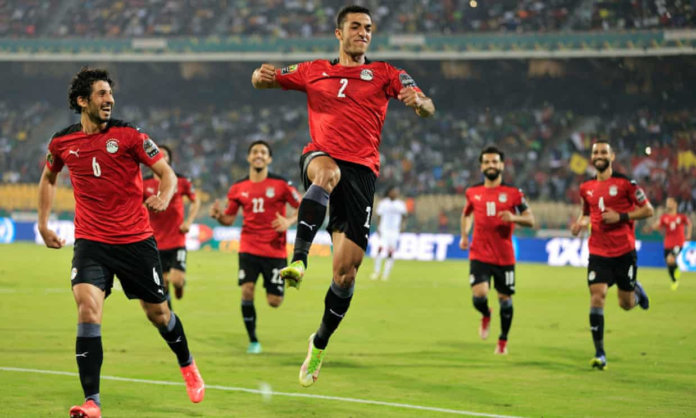 Egypt edged past Sudan to finish second in Group D and qualify for the last 16 of the Africa Cup of Nations.

Mohamed Abdelmonem scored the game’s only goal, heading home Abdallah El Said’s corner for the Pharaohs in the 35th minute.

Sudan offered little with Egypt going close to a second through a Mohamed Salah effort well-saved by keeper Mohamed Mustafa in the second half.

Egypt will face the winners of Group E on Wednesday, 26 January.

Sudan, champions in 1970 and playing in their first major tournament since 2012, finished third in the table, collecting one point and scoring just one goal.