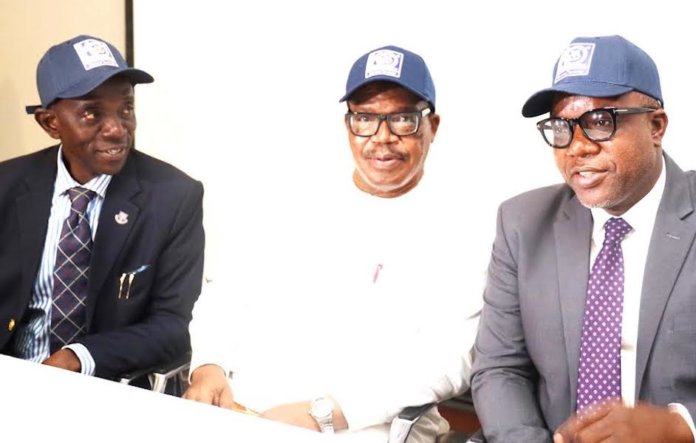 With the growing effects of inadequate funding in Nigerian public universities, the government has, at different fora, reiterated that it cannot fund education alone and that universities should consider alternative sources of revenue generation.

Some universities have heeded the charge and have set up various initiatives to boost their internally generated revenue. The proposed launch of the OAU Advancement Foundation has been described as a right step.

According to the Chairman of the Great Ife 60th Anniversary Celebrations Committee, Prof. Charles Ukeje, the launch of the foundation on December 4 in Lagos is based on the fact that all over the world, the continued existence, success and overall development of any higher institution depend largely on the financial and material benevolence of its alumni community, as well as those of friends, benefactors and other stakeholders.

Ukeje, who said this while briefing journalists in Lagos, on behalf of the Vice-Chancellor, Prof. Eyitope Ogunbodede, noted that at the heart of the project is the quest to “garner support worldwide for the overall development and real-time growth of our renown university- Great Ife.”

He said the foundation would, among other key responsibilities, help reposition the university to meet the standard of the 21st century as obtainable in other climes within and outside Africa.

“It will also help us to maintain and sustain the ideals of the founding fathers of our great institution so that OAU will be ranked first in Nigeria and Africa,” noted the VC.

Ogunbodede stated that all members of the foundation’s board of trustees are men and women of impeccable character.

He added that board membership, to be unveiled during the foundation’s formal launch, includes eminent jurist at the Supreme Court; two distinguished lawyers and boardroom gurus, a highly seasoned pan-African banker, and a renowned scholar.

“We are proud of their accomplishments and excited that they will bring their wealth of experience to bear in piloting the affairs of the OAU Advancement Foundation,” the VC added.

He stressed that the money from the foundation would not be spent frivolously but for enduring things. The board, in its wisdom, will determine priority projects to support in the university when the need arises, according to Ogunbodede.

Another high point of the upcoming event will be the recognition of 60 distinguished trailblazing alumni.

On the criteria for their selection, he said it was difficult to choose 60 people out of the many alumni who have distinguished themselves in different fields of endeavour within and outside the country.

“These are also people that, at different times, have consistently been there for us. And for me, this is also a clarion call for those who have not done so, hoping that with the celebration of these 60, they will also appreciate the need to step forward to be counted in terms of supporting the university,” Ogunbodede stressed.

Asked why it took the institution this long to come up with the initiative, Ukeje said the university had set aside resources for rainy days in the past. He said the founders were deliberate in ensuring that the university could weather the storm in a difficult time. But the circumstances of the mid-1980s, the crisis of structural adjustments with economic austerity eroded many resources across all institutions.

Ukeje said the new initiative is supposed to respond to the imperative of the 21st century and beyond.

He regretted that public universities are in such dilapidated a state because they are tuition-free, unlike the private ones that use some of the money generated from students’ fees to maintain facilities.

“When you send your child to primary school as many of us have done, and you pay so much. You send your child to secondary school, and you pay so much. Your child now goes to a public university, and your education budget goes down. Something is wrong with such a society,” he said. “So when you hear about collapse of hostels in any public university, it is what you get. What you put in is what goes out. Nigerians need to have a major national conversation about the future of higher education. If we want higher education, we must be ready to fund it.” h

He called on alumni, friends and benefactors of the university at home and abroad to contribute to the foundation.

Highlighting the contribution of the alumni, Ukeje said the university is working with the African Import-Export Bank to set up a centre on intra African trade zone. He said Ife would be the lead hub, supported by the bank for research training within the continent around trade issues.

He added that the university has benefited from the magnanimity of individuals across the country in various forms, and the 60th anniversary is an opportunity to seek more favour.

“We have invited 60 alumni to showcase one artwork each that best represents them. We received over 150 entries of artworks from distinguished artists all over the world who have affiliations with the Department of Fine Arts. It was a very difficult task for us to be able to have a shortlist of 60.”