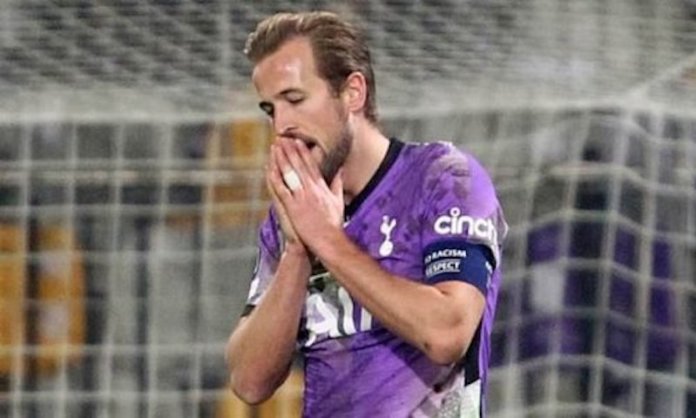 A much-changed Tottenham side endured a horror evening in Slovenia last night as they were embarrassed by NS Mura 2-1 to leave their hopes of making the Europa Conference League last 16 hanging by a thread.

Amadej Marosa’s injury-time goal sealed the result after Harry Kane looked to have salvaged a point for 10-man Spurs.

It means second place in Group G is the best Spurs can hope to achieve now with their last game.

Elsewhere, Taiwo Awoniyi played 74 minutes as Union Berlin defeated Maccabi Haifa 1-0 to boost their chances of finishing second in their Europa Conference League Group E. The German Bundesliga side are just a point behind second placed Slavia Prague on seven points. Feyenoord are the runaway leaders on 11 points.

In the Dinamo Zagreb clash with Genk, Super Eagles forward, Paul Onuachu was an unused substitute as Nigeria-Canadian, Ike Ugbo leveled scores 1-1 for the Belgian team.

Ugbo is a Canadian national team player. He was born in England but grew up in Canada and played youth soccer there before returning to England, where he played with the youth team of Chelsea