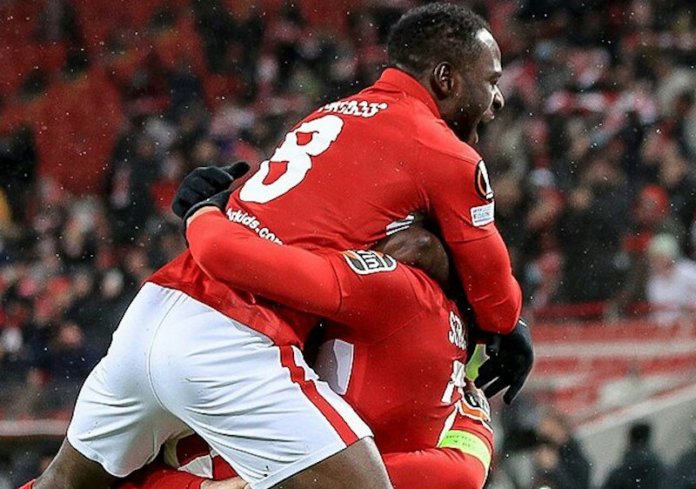 Dr Gianpaolo Tartaro, the top Italian doctor who performed the successful surgery on Victor Osimhen on Tuesday has warned against rushing the Napoli and Nigerian international back to action to avoid complications.

The Super Eagles forward injured his cheekbone and eye socket during a Sunday Italian topflight fixture with AC Milan and was promptly operated 24 hours later.

Tartaro and the other doctors that operated on Osimhen have insisted that the 22-year-old lad should be under observations for the next six weeks. The earlier the doctors think that Osimhen can be back to top level Football is after 90 days.

However, speculations were rife in Italy that Napoli chasing a third Scudetto in the club’s history is not likely to be able to wait that long and may rush him back wearing a face mask. Nigerian football authorities are equally looking forward to getting their talisman fit for the AFCON scheduled to begin on January 9 in Cameroon.

But in an interview with Tuttonapoli.net yesterday, Tartaro was vehement in restating his earlier position of no football for Osimhen in 90 days.

“I am told Victor (Osimhen), a special boy. His surgery was not a normal operation but abit complicated.”

He said with Osimhen’s kind of injury, “He can not be involved in real training contact. He will not be able to do it for eight to nine weeks. It is impossible to think that he will go to African Cup (AFCON). His face they came out distorted by the impact of that clash with AC Milan’s Skriniar.

Dr Tartaro stressed further: “I don’t know how he will respond to the fear of playing: how he throws himself and how he fights on the pitch. These are all arguments that we make as fans, but after a fracture, the psychological aspect matters a lot. It was really unfortunate, because he had a weird fracture, but a real one is facial trauma.”

He dismissed the idea of a preventive face mask for Osimhen.

“We are already thinking too far ahead of the possibility of wearing face mask but it is too soon. I am still thinking about the points and everything that will happen next.

Dr Tartaro admitted that the surgery was a complicated and difficult one.

“It was an extremely complicated and difficult operation, even the tissues, muscles, nerves and arteries and everything above the skull were compressed and from the image on the TV, we could see that he couldn’t open the eyes because the eyeballs pushed out the cheekbone going in, narrowing the orbital cavity.

The surgeon believes after the surgery begins the real process of his recovery.

“Recovery times? Now the real game for Victor begins. We only did the warm-up with the intervention. Now the second phase begins. A lot depends on him and his body. I don’t have a crystal ball and I can’t know when he will recover.

“As a Napoli fan, I would love him play tomorrow morning to win the Scudetto, but unfortunately it won’t be like that,” he explained.

Meanwhile, the management of Napoli confirmed yesterday that it has no intentions of going into January transfer market for a stop-gap striker in place of Osimhen.

“The Nigerian, as already happened in the past season, ends his second calendar year at Napoli in a decidedly unlucky way. A team that had found it attacking terminal (9 goals of the season) will now have to change something in its way of playing and being unpredictable against the opponents.

“At the moment there are no transactions on the market. Because the budgets do not allow it and because in any case the squad, especially in attack, provides alternatives that other contenders for the Scudetto do not have,” Coach Luciano Spalletti was quoted by the Tuttonapoli.net as saying yesterday.