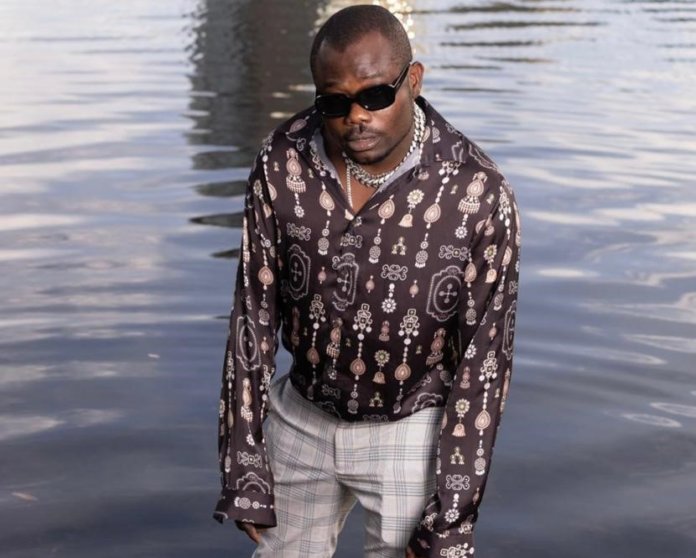 In today’s world of digital influences and music streams, running a record company goes beyond being able to recognize a hit song, but Delix has no doubt that he can pull it off. “Being the frontman for any music empire requires that you perfect the ability to create opportunities,” he explains.

Bank Money Entertainment, Delix’s self-owned record company, was officially launched in 2018 and soon after, Delix released his first EP, ‘Delix Vibes EP’ under the music imprint. “I raised enough money, and went back to the studio but I also decided that I could push myself better than anyone else can, so I became the first artiste on my label.”

On what inspired the need to create his own record label, Delix reveals that it all came down to challenges. After an extended period of sending out demos to several record companies to get them to listen to his work, Delix finally realized he was doing it all wrong. “It took me a while but I eventually realized that having my own record label is a great way to define myself, my hard work, and my legacy; I also love to challenge myself, “he added.

Defining Delix by his brand of Afro-fusion music only, would be literally putting the many-layered artiste into a box. Born Fidelix Amechi Okocha, Delix, by a series of calculated moves, established himself as much more than the music he creates. Carved from a slowly dying breed of entertainers passionate about putting African music on the map, Delix balances a growing music career with leading his very own 21st-century music empire.

12-years away from the motherland has not in any way curbed the 28-year-old artiste’s passion for African music or the musical influences that helped define his unique sound. Delix delivers a brand of Afro-fusion that is richly layered with traditional elements, a reflection of his diverse musical influences while growing up.

Delix is convinced that his role as a musician will help him negotiate his path into mainstream music and help build a strong repertoire not only for his brand but also for his record label.

“Bank Money Entertainment is bigger than me. It’s a big dream with many expressions. I am just the first artiste on the label,” Delix offers.

Delix’s release of an Afro-fusion masterpiece titled, ‘Porsche life’, a self-proclaimed hustler’s anthem, is an endorsement of this strategy. A follow-up remix of ‘Porsche life’ coming soon, featuring Teni is Delix’s way of making yet another musical statement. For the ‘Porsche life’ artiste, Bank Money Entertainment is a chance to convert some of the vital lessons he learnt in music production and sound design at the Academy of Art University, in San Francisco, California into everyday real-life situations.

“On the ‘Delix EP’ we are going the whole nine yards; starting up with an EP listening party, a press release conference and some music videos,” he reveals. Delix is the first artiste on the Bank Money Entertainment music imprint but there is a strategy in place that includes acquiring more talents in the future. On what kind of musicians he is interested in, Delix makes a list.
“Your voice, your style of music, your production is very important to me; I mean invest in your production, your personality, your passion and learn to stay humble.”

With the booming music industry back home in Africa, Delix would be within his rights to stake his claim, not only as an artiste but as one of Africa’s budding record label executives.