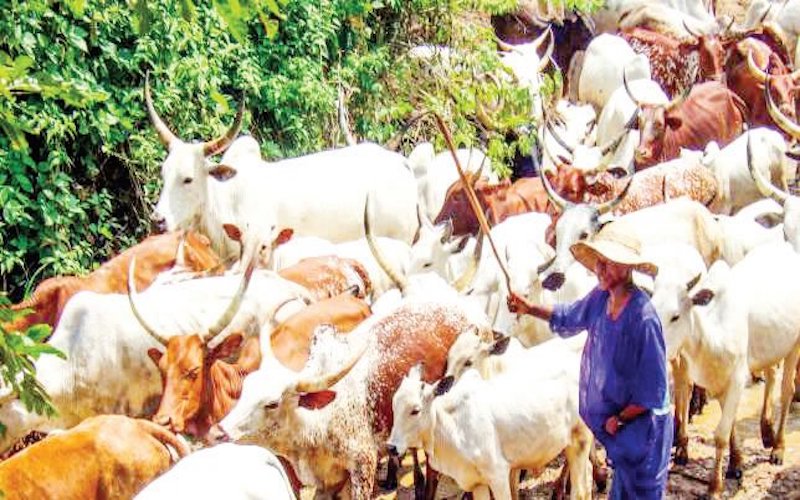 Thomas Jefferson once opined that the care of human life and happiness, and not their destruction, is the first and only object of good government. Today, we shall conclude our discourse on the above issue.

Some State Governors and Houses of Assembly in Bayelsa, Ebonyi, Oyo, Osun and Lagos States have since taken steps by getting anti-grazing laws passed by their Houses of Assembly. Indeed, Governor Samuel Ortom of Benue State has already taken proactive steps to stop being the wailing Chief Mourner of his people being murdered daily in cold blood by Fulani Herdsmen. He got the House of Assembly to enact the anti-RUGA (Rural Grazing Area) and Cattle Colony Law, called the “Open Grazing Prohibition and Ranches Establishment Law” No. 21 of 2017. He went further by challenging the Federal Government’s RUGA policy at the Federal High Court, Makurdi, in the case of AG OF BENUE STATE v AG OF THE FEDERATION. On 4th February, 2020, Justice Mobolaji Olajuwon of the FHC, Makurdi, held that any move by the FG to acquire land for RUGA or cattle colony in Benue State without the State Government, was null and void. The Judge granted an order, nullifying every action of the FG to establish RUGA or cattle colony. Many constitutional provisions such as Sections 5(6), 9(2), 20, 44(1), 58 and 315(5) and 6(b) were considered. Also considered were Sections 1, 2, 5, 6, 26, 28 and 49 of the Land Use Act vis-à-vis Section 4, 5, 6, 7 and 19(c) of the Benue State Anti-Grazing Law.

It must be pointed out that the Governor of a State is the Chief Executive and Chief Security Officer of that State (Sections 176(1) and 214-216 of the 1999 Constitution). By virtue of Section 1 of the Land Use Act, 1978, all land comprised in the territory of each State of the Federation has been vested in the Governor of that State, and such land shall be held in trust and administered for the use and common benefit of all Nigerians. Thus, a Governor of a State commands great power, in the usage of the land in his State. See the case of NIGERIA ENGINEERING WORKS LTD v DENAP LTD & ANOR (2001) LPELR-2002(SC).

Should Southern Governors Have First Consulted the Northern Establishment?

It must be emphasised that the decision of the Southern Governors, does not in actuality impede the rights of cow rearers to own cattle. It merely limits their ability to openly graze on lands that are not theirs in the first place, and inflict misery on the indigenous owners. The ban will also ignite more anti-grazing laws in other States in Nigeria.

Those Northern elite arguing that consultation ought to have been first made by Southern Governors before making such resolutions, have not advanced any plausible argument anchored on the Constitution. In fact, they ought to applaud the Southern Nigerian Governors for wilfully choosing to dialogue with their Northern counterparts, and avoiding an impending doom.

The few Northern elite have not explained to Nigerians, why they never consulted their Southern counterparts before passing and enforcing Sharia Law in their States; or passing the various Hisbah laws. Did some of these Governors not cut off citizens’ hands for various offences, to the angst and condemnation of international communities? Did they not order for some others to be stoned? Recall the unfortunate cases of Buba Jangebe (2000), Auwalu Abubakar (23), Lawalli Musa (22), Abubakar Aliyu (15), Attahiru Umaru, Sani Rodi, Sarimu Baranda, Safiya Hussein, Amina Lawal and many others for merely either stealing a cow, bull, N32,000 or committing adultery. Did the Northern Governors consult their Southern counterparts? They did not explain why Southern Governors who are the Chief Security Officers of their States should first obtain their permission (like a pupil from a Headmaster), before dealing with security matters in their various States. It only shows their mindset, of a relationship of masters and servants; conquerors and vassals; slave owners and slaves. They failed to tell Nigerians that all the Northern Governors had actually pro-actively taken a unanimous position to ban open grazing, at its virtual meeting held on February 9, 2021, presided over by their Chairman, Simon Lalong Governor of Plateau State. They had unanimously agreed that the “current system of herding conducted mainly through open grazing is no longer sustainable, in view of growing urbanisation and population of the country”. While urging all the Governors to meet over this matter, they agreed on other methods such as ranching.

These critics of the Southern Governors hid the fact that, in response to the Northern Governors’ call, the entire Nigerian Governors’ Forum of the 36 State Governors held a virtual meeting on February 11 (two days later) and unanimously agreed to end nomadic and pastoral cattle wandering, “to address the rising insecurity in the country and the activities of Herdsmen…and the need for the country to transition into modern systems of animal husbandry that will replace open, night and underage grazing in the country”. They also encouraged ranching as alternative. The Northern elite carefully screened away the fact that, Governor Abdullahi Ganduje, Kano State Governor had openly supported adopting anti-open grazing measures.

Ganduje had argued in February, 2021, during his meeting with President Buhari and other APC Governors, that such a ban would not only solve incessant clashes between Farmers and Herders, but also prevent cattle rustling. In spite of attempts by some Northern groups to cow in, Ganduje stuck to his guns.

The three-man sub-committee on Herdsmen/Farmers clashes constituted by the Buhari Government in February, 2018, was headed by the Governor of Ebonyi State, Dave Umahi. It was specifically mandated to unravel the causes of Herdsmen/Farmers clashes (wrong usage: Herdsmen’s unproven attacks on Farmers is better). It was to dialogue with relevant stakeholders, to end the killings of innocent citizens.

Umahi had told Nigerians after the NEC meeting at the Presidential Villa presided over by Vice President Yemi Osinbajo, that the Panel submitted its report to the Council which okayed the recommendation to ban open grazing, opting instead for the establishment of ranches in States affected by the Herdsmen onslaught.

Governor Umahi, who said his team visited five States Benue, Taraba, Plateau Adamawa and Zamfara, said there were three main categories of Herdsmen in Nigeria. These, according to him, are foreign Herdsmen, nomadic Herdsmen and migrant Herdsmen, whose continued activities have resulted in clashes with Farmers.

He said the NEC also agreed that the States affected by Herdsmen killings, should donate land for the establishment of ranches that will include nomadic schools and health facilities for their family members. Said Umahi:

“Niger and Kaduna have given lands, and Plateau is also giving land. We also agreed that through the Agriculture Ministry, we have to introduce new species of cows…… and to stop the further influx of foreign Herdsmen into the country”.

So, where did the Southern Governors go wrong, in reaffirming Federal Government and Northern Governors’ position? I cannot see it. Or can you?

Recall also that on September 10, 2019, the Vice President, Professor Yemi Osinbajo, SAN, had also inaugurated the National Livestock Transformation Plan at the Gongoshi Grazing Reserve, in Mayo-Belwa LGA of Adamawa State. Inaugurating the said project, VP Osinbajo said the plan was designed to run from 2019-2028, as part of Federal Government’s initiative in collaboration with States under the auspices of the National Economic Council. He said the plan, targeted at supporting the development of Nigeria’s livestock sector, was to be implemented in seven pilot States of Adamawa, Benue, Kaduna, Plateau, Nasarawa, Taraba and Zamfara.

According to the Vice President, the plan will be implemented as a collaboration project between the Federal and State Governments, Farmers, Pastoralists and private investors. He said:

“From the provisions of Section 1 of the Act set out above, it is very clear that all land in the State is “vested in the Governor” who shall hold it “in trust and for the use and common benefit of all Nigerians.” From this, it is very clear to me that the powers vested in the Governor by the Act in dealing with the land entrusted to him is a public and not private power, which he must exercise for the use and common benefit of the Nigerian public.”

Nigeria is a Federation that operates the principles of aFederalism. Under this, the FG, States and LGAs have their respective rights and spheres of influence. There are the Exclusive, Concurrent and Residual lists in the Constitution. This was why Justice Olajuwon of the FHC, Makurdi, held that since land in every State is controlled and managed by the Governor and LGs of such States, the FG cannot whimsically and capriciously grab lands in States; but must go through either the Governor or LG of such State.

“In this plan, the State Government or private investors provide the land, the Federal Government does not and will not take any land from a State or local government…Any participating State will provide the land, and its own contribution to the project. The Federal Government merely supports…It is a plan that hopes to birth tailor-made ranches where cattle are bred, and meat and dairy products are produced using modern livestock breeding and dairy methods…This solves the problem of cattle grazing into and destroying farmlands. It ensures a practical response to the pressures on water and pasture, by forces of climate change”.

From the provisions of the LUA, it is crystal clear that the President does not have any power to recover so-called existing grazing routes. Same have since transferred to the Governors of States, by the Land Use Act of 1978. The Federal Government no longer plays any role in land administration matters, except in relation to Federal land, which these grazing routes do not fall under. Consequently, it is only the Governor of a State that has the discretion power to grant such grazing routes to the President. Neither the President nor the Federal Government can forcefully and unilaterally recover old extinct grazing routes, or forcefully seize lands belonging to Farmers, indigenous peoples or States.

Surely, bootlickers misleading and misdirecting President Buhari are false, as regard his powers and limitations regarding grazing routes. The Federal Government must immediately run away from ancient and antiquated of grazing routes, and embrace modern ranching which is now globally accepted. The existence of cattle routes as fantasised by the President, only lies in his analogue mindset. It is propelled by his cronies, bootlickers, grovellers and the professional “ranka dede sir” elements. (The End).

There are two sides to every coin. Life itself contains not only the good, but also the bad and the ugly. Let us now explore this.

“Tolerance will reach such a level that intelligent people will be banned from thinking, so as not to offend the imbeciles.” – (Dostoievski)

THOUGHT FOR THE WEEK
“Government’s first duty is to protect the people, not run their lives.” (Ronald Reagan)