PressOne, 199 Others for Global Startups Competition 4 mins ago 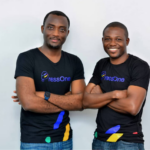 PressOne, 199 Others for Global Startups Competition

In stemming the tide of malnutrition and its devastating consequences especially in northern Nigeria, 10 local governments in Zamfara State have benefitted from United Nations Children’s Fund (UNICEF) Ready to Use Therapeutic Foods (RUTF).

UNICEF Senior LGA Facilitator for nutrition in Zamfara State, Mr. Micheal Ediemeh said the intervention which is for children between the ages of 0- 59 months has been effective with no recorded case of relapse.

He said success has been possible due to the cooperation of the mothers with the caregivers at the Primary Healthcare Centres as well as the community nutrition mobilisers who educate and enlighten mothers at the community level.

“There has been no case of a relapse because the mothers are disciplined and so not share the supplements with the children. The supplements are always available and in stock and treatment comes as of when due” he said.