The fall of Chadian President Idris Deby yesterday to the bullets of rebels marked a frightening dimension not only to the instability of his poor country, but also insecurity in the countries of the Sahel including Nigeria.

Deby had not even given an acceptance speech after his sixth election as president before he visited troops battling the rebels in the northern part of the country. He had made in the past similar appearances in the battlefield to boost the morale of the soldiers; but yesterday’s was to be his last as he died in battle.

Not a few have justifiably hailed Deby as a Commander-in-Chief who truly led the troops from the front. The 68-year old president was always proud of the Chadian army.

Only in July last year, Deby joined Chadian soldiers in a frontline assault on Boko Haram. At the end of the “Operation Wrath of Bromo,” Deby declared that Boko Haram was no more operating in Chad.

Bordered by Nigeria to the southwest, Niger to the West, Libya to the northwest, Cameroon to the southwest, Sudan to the east and Central African Republic, Chad is important in the consideration of the security of those countries.

The resonance of a national collapse of Chad would be felt among the neighbours who have their own respective security problems. What with the activities of Boko Haram, the Islamic State in West Africa (ISWA) and other terrorist groups in the region. In a sense, Chad has been a bulwark against the insurgents in the Lake Chad Basin.

As a matter of fact, in the course of his 30 years in power, Deby was at various times accused of playing some roles in the crisis in, Mali, Libya, the Central African Republic and Sudan. He was at a time an ally of Libya’s Muammar Gaddafi who helped him to overthrow his former boss, Hissen Habre in 19990.

Deby’s Chad has been a strategic ally in the fight against terrorists in the northeast of Nigeria.

In 2015, Deby sent Chadian troops to help in the fight against Boko Haram. Chadian soldiers crossed Lake Chad in armoured vehicles to drive out the insurgents from Malumfatori, a border town in in Borno State. Chad deployed air and ground forces for the remarkable assault. This was after the Chadian troops employed mortar and air strikes to fight in securing Gamboru, another border town in Borno state. The insurgents used Gamboru to launch attacks until the Chadian intervention happened.

In response to the impressive military activities of the Chadian, African union expressed support for the creation of a 7, 500 – strong force in the Lake Chad Basin.

In July last year, Deby sent troops to fight the insurgents in the Cameroon. Similarly, Chadian troops fought in parts of Nigeria and Niger.

Earlier in April last year, Deby notably sent Chadian troops to liberate a part of Nigerian territory captured by the Boko Haram insurgents. On that occasion, Deby proudly announced that the Nigerian town liberated from Boko Haram would be held for a month by Chadian troops for Nigerian soldiers to turn up to reclaim. He ordered his soldiers to prevent the troops from having access to the weapons until the arrival of Nigerian soldiers.

With one of the most formidable armies in Africa, Deby survived a lot coup plots and the activities of the rebels in the warfront.

The West respected him for the Chadian military capability in the fight against terrorists operating particular in the Sahel region.

His opponents accused him of ethnic chauvinism while marginalising members of other groups in the affairs of the state. Deby lacked the socio-political dexterity to cement national integration. So he held the country together by sheer force and demagoguery. The authoritarian streak of the administration also meant that democratic growth has been stunted in Chad.

Chad has been a battle ground for myriad rebel groups. The particular rebel group that killed Deby was fighting in the north of the country. It was founded five years ago by some disaffected officers forced out of the army. The group called Front for Change and Concord in Chad (FACT) accused Déby of political subjugation before the election which Deby won by 80%.

With a base in Libya in the Tibesti mountains located in the north of Chad and southern part of Libya, the group has sustained attacks on locations in Chad. It has fought a bitter battle with the Chadian army.

In fact, the rebels attacked border towns on the election day, but they could not advance to the national capital, N’Djamena.

Under Deby’s watch Chad began in 2003 to earn revenues from petroleum resources. However, the oil wealth has not been invested to develop Chad and improve the condition of the people because of gross mismanagement. Some critics would even say that the oil wealth has been “squandered.”

Apart from Nigeria and Chad other countries having parts of their territories located in the geographically transitional region of Sahel are Niger, Mali, Burkina Faso, Mauritania, Senegal and Sudan. In all these countries, climate change has accentuated the socio-economic and political crises plaguing their lands. With low rainfall food insecurity is an existential threat in many areas. For instance, about a third of the Chad is desert in the north. The implication is that only few people could live in the arid area.

The shrinking of Lake Chad is a crippling factor in the analysis of insecurity and underdevelopment in the region. With millions lacking access to water, poverty is exacerbated with social pressures on the streets. Chad is rated low in all human development indices – healthcare, education, food security, housing, etc. The natural tendency is that of southward movement by poor people with all the consequences for security.

Deby could not resolve the political and socio-economic crises in Chad before his death yesterday as the country slipped back into military rule. His son, General Mehamet Idris Deby, replaced him as transitional head of the military government. It is not clear if the junior Deby could be politically savvy enough to confront the demons of poverty, insecurity and inequity threatening the future of Chad.

Chad’s neighbours must be contemplating what the death of Deby means for their own security and stability.

In particular, the Nigerian defence and security authorities must gird their loins in strategically responding to the developments in the nation’s northeast neighbour. With Chad facing a greater threat of instability, it cannot just be assumed that the regional partnership established with Deby would still subsist. The dynamic of things might have changed dramatically with the fall of Deby in battle.

This should be viewed against the background of the deteriorating security situation in Nigeria.

While the battle with terrorists continues in the northeast, the wave of insecurity in the southeast is rising. Police stations are being attacked and bloodletting is reported almost on a daily basis in the zone.

The reign of bandits continues in the northwest and north central. Like other zones in the country, kidnappers and armed robbers are on the prowl on the roads in the southwest and south exacting ransom from their victims.

In this light, the development in Chad cannot be ignored. 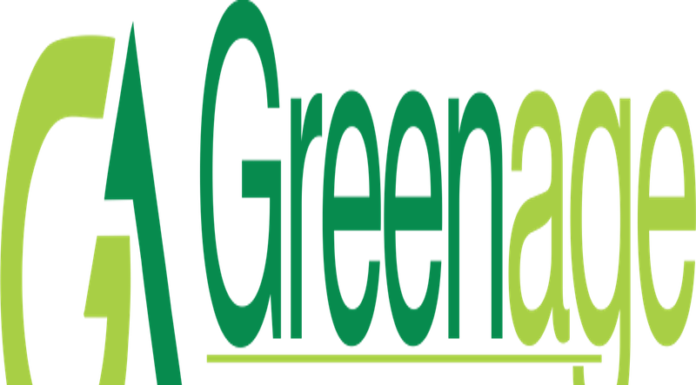