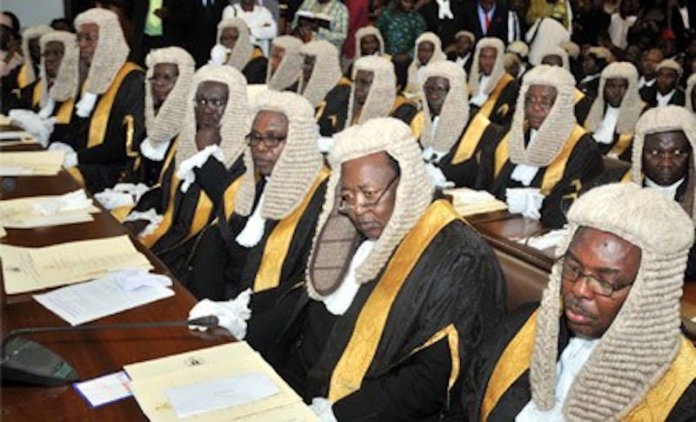 A Senior Advocate of Nigeria (SAN) and human rights lawyer, Mr. Femi Falana, has called for the withdrawal of the list of appointees into the Governing Council of the National Human Rights Commision (NHRC) for failing to meet constitutional requirements and provisions of the Federal Character Commission (FCC).

Falana, in a letter to the President of the Senate, Dr. Ahmad Lawan, argued that the appointment if allowed to stay would have an adverse effect on the issue of human rights in the country.

Falana in the letter dated April 19 noted that while the appointment was commendable for coming nearly six years after the dissolution of the last Governing Council in 2015, he expressed disappointment that the list of the members however violated constitutional requirements.

“The Governing Council of the National Human Rights Commission was dissolved by President Muhammadu Buhari in November 2015. Since then the infringement of human rights of the Nigerian people has been on the ascendancy. Hence, we have consistently campaigned for the reconstitution of the said Governing Council.

“However, we have confirmed that President Buhari has nominated 16 persons and requested the Senate to confirm them in accordance with the provisions of section 2(2) of the National Human Rights Commission Amendment Act, 2010. Having studied the list we have found, to our utter dismay, that three out of the four nominees representing the North West Zone are from Kebbi State, including the chairperson of the Governing Council, Mrs. Salamotu Hussaini Suleiman,” the letter stated.

Falana further recalled that the Senate had sometimes last year confirmed the appointment of the members of the Board of the Legal Aid Council including the Director-General, Mr. Aliyu Bagudu Abubakar, who also hails from Kebbi State.

“Curiously, the North East Zone has no representative on the list. Yet, the rate of human rights abuses in the North East Region is higher than any other region in the country because of the ongoing counter insurgency operations.

“You will agree with us that the aforementioned nominations are not in consonance with Section 14 (3) of the Constitution, which stipulates that the composition of the Government of the Federation or any of its agencies and the conduct of its affairs shall be carried out in such a manner as to reflect the federal character of Nigeria and the need to promote national unity, and also to command national loyalty, thereby ensuring that there shall be no predominance of persons from a few State or from a few ethnic or other sectional groups in that Government or in any of its agencies.

“Furthermore, the Guiding Principles and Formulae for the distribution of posts made pursuant to Section 4 (1) (a) of the Federal Character Commission (Establishment etc) Act Cap F7, Laws of the Federation of Nigeria, 2004,” Falana added.

The senior lawyer while stating that lopsided appointments had recently fuelled agitations for secession in some parts of the country by disenchanted youths and socio-cultural bodies, said that they were compelled to call on the Senate to ensure that all appointments that require Senate confirmation are in consonance with the provisions of the Constitution and other relevant laws in the interest of the corporate existence of the country.