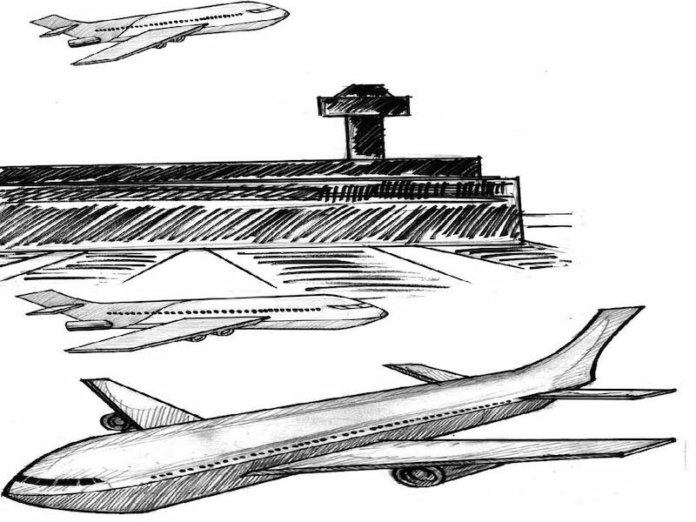 The authorities could do more to secure the airports

A recent memo from the Federal Airports Authority of Nigeria (FAAN) to some airport chiefs across the country on the need to beef up security measures is timely. The memo hinted of a planned attack on the Kaduna, Maiduguri, Sokoto, Kano, Abuja, and Lagos airports and urged the authorities to submit a list of existing and additional countermeasures to address the threat, along with their cost implications where applicable. Although the nature of the threat is not immediately known, we assume that the alert is borne out of fear that terrorist groups might be planning to hit soft targets in our aviation sector. It is a threat that should be taken seriously.

Until the latest elevated security alert, there has been intense concern about the porous nature of security at many of our airports and the ability of facility managers to curtail terrorist attacks. In July 2019, a man, later identified as a Nigerien, jumped into the engine of Azman aircraft, which was at the holding point of the runway of the Murtala Muhammed International Airport, Lagos. In the aircraft were passengers who had already settled for the Lagos to Port Harcourt flight. But as the aircraft waited for the take-off signal from the control tower, some of the passengers saw the intruder inside the right engine of the Boeing 737 aircraft, clutching a bag. What followed was a sad reminder of how just about anybody could gain access to the airport restricted areas and hide inside airplanes.

From the video clip that was taken by a passenger on the flight and made public, the intruder was clutching a bag. What could have happened if that bag contained incendiary device and the aim was to bomb the aircraft? That security breach was an indication that the huge resources spent by FAAN on perimeter fencing and deployment of CCTV in the past was a waste; it now calls for urgent provision of these critical facilities to secure the airside of the airport. It is even more urgent to protect the airports at a period when the security situation in the country is increasingly degenerating.

Meanwhile, it is still fresh in memory how a disaster was averted 18 years ago, when an Air France Airbus A330 flight with 196 passengers on board, ploughed into a herd of cows that strayed into the runway of Port Harcourt International Airport while landing. The collision with the herd not only caused significant damage to the aircraft, it also left seven cows dead, the runway soaked with their blood and the airport closed for several hours. And early last month,10 airport staff were abducted and only released after ransom to bandits, who invaded the FAAN staff quarters near the Kaduna airport in the dead of night.

The scary reality is that some of the people at our airports may be moles or members of a terror gang waiting to strike when no one least expects. Besides, many of our airports are lying too close to crowded residential areas. As a result, their perimeter fences are liable to be breached by all character of people, including subsistence farmers and hunters. Terminal buildings and publicly accessible areas such as restaurants, shopping areas, parking lots and the transport system supporting airports are vulnerable targets for potential attacks. It is therefore vital for the relevant authorities to mitigate attacks through information sharing, public-private partnership and risk assessments.

Our airport managers must mitigate vulnerabilities by embracing technology-driven, non-intrusive security measures for passengers and other airport users. We earnestly implore FAAN to improve on counterterrorism strategies, plans and procedures to protect soft targets and the travelling public.

It is even more urgent to protect the airports at a period when the security situation in the country is increasingly degenerating.

House Urges IG to Take over Investigation of Umoren’s Killing