The Human and Environmental Development Agenda (HEDA), a non-governmental organisation, has said that Nigeria could be lost between $15 and $18 billion to illicit Financial Flows (IFF) annually.

Making the disclosure in its latest report on the subject, the organisation noted that the trend had been steadily escalating, stressing that Nigeria accounts for up to 30 per cent of Africa’s total loss to illicit flows.

Quoting secondary sources, HEDA stated that in the last decade, the annual average loss by Africa increased to $50 billion, in comparison to what was a yearly average of only $9 billion for the period 1970 and 1999.

Positing that the loss would have increased in the last couple of years, HEDA noted that if the huge drain out of Africa were entirely curtailed it could save enough to reduce or entirely remove the additional $93 billion a year deficit that Sub Saharan Africa requires to address infrastructural needs.

However, the body admitted that exact calculations of the extent of damage are notoriously difficult due to differences in measurement standards and methods.

“The influential Thabo Mbeki report, of 2018 put Africa’s losses at between $50 and $60 billion per year, with Nigeria accounting for 30 per cent of the amount. Therefore, Nigeria may be losing between $15 and $18 billion every year to illicit financial flows.

“In fact, some accounts argue that Nigeria alone and not the whole of Africa loses up to $50billion yearly. At any rate, many other estimates argue that African states collectively leak IFF to the tone of approximately $60 to $100 billion each year,” the group said.

It noted that according to some reputable researchers, over the last 50 years, Africa is estimated to have lost much in excess of $1 trillion in illicit financial flows, with losses fast outstripping foreign direct investments and development assistance.

The report stated that there are significant shortcomings in Nigeria’s constitutional provisions, domestic laws and treaty obligations that contribute to the country’s susceptibility to the problem of illicit flows.

“Notably, the country has experienced restricted development due to political instability, inadequate infrastructure and poor macroeconomic management among other reasons. Corruption particularly has over time had adverse and damaging effects on the socio-economic structure of Nigeria,” HEDA noted.

According to the HEDA document, the most debilitating damage to Nigeria by illicit financial flows has been the damage caused to its administration of the justice sector.

It maintained that institutions within the administration of justice sector have suffered from underperformance or even worse, perverse performance, opining that state institutions have been severely weakened in their ability to combat corruption and illicit financial flows.

HEDA said that there are ample national, state and local legislations, standards and ethical rules and practices, which ordinarily should prevent the current high rate of corruption and IFF activities, emphasising, however, the absence of effective implementation and enforcement of national laws.

With the widespread practice of acquisition of both offshore accounts and foreign luxury properties by prominent public officers, HEDA pointed out that the ruling elite lacks political will to combat corruption and abuse of official power and functions.

The civil society group said that Nigeria has a specific problem with both domestic and foreign professional enablers of IFF, stressing that many unethical practices among professionals in various fields show how such professionals render all kinds of illegitimate assistance to those involved in conducting illegal financial outflows.

Yet the more staggering statistics, the organisation said, is that the International Energy Agency (IEA) estimated that oil theft in Nigeria amounted to 150 000 b/d. 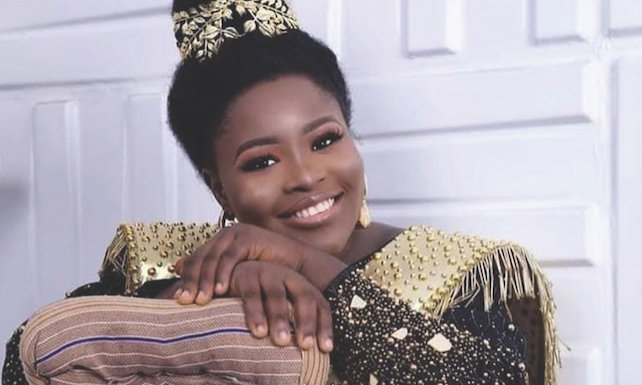 An Amputee’s Story of Deceit