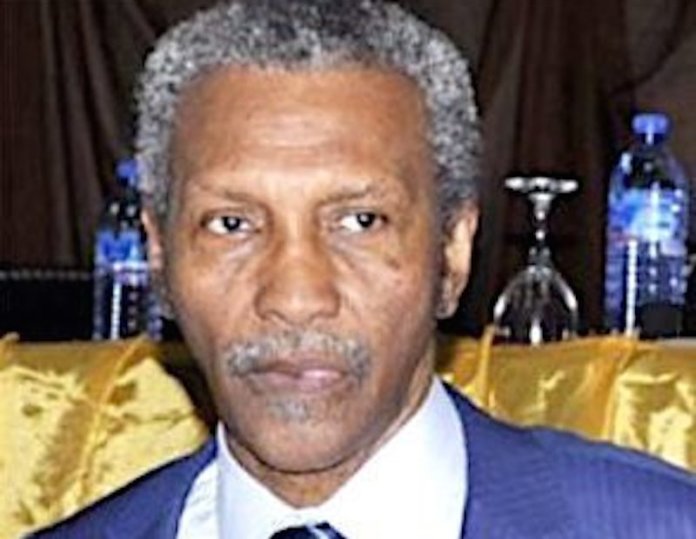 A select audience of some of the most notable legal practitioners in Nigeria gathered at the Civic Centre, Ozumba Mbadiwe, Victoria Island, Lagos venue of the book launch of the just retired Justice of the Supreme Court, Olabode Rhodes-Vivour last Thursday.

The event which witnessed the presentation of three books, had a larger attendees inking in by zoom. and was chaired by Aare Afe Babalola, SAN.

Aare Babalola described Rhodes-Vivour as never absent from work for a single day for any reason in his 11 years at the High Court, 5 years at the Court of Appeal and 11 years at the Supreme Court. He advocated for increase in the retirement age of Judges, and to allow them return to law practice after their time on the Bench.

In his remarks, Dr. Wale Babalakin, SAN said ‘if you ever saw Rhodes-Vivour in court as DPP, you’d want to be a Lawyer. He had swagger, he had panache, and the courts in their days were vibrant, unlike today where they are bugged down with frivolous adjournments.

Theformer Attorney-General of the Federation Chief Bayo Ojo, SAN who reviewed one the books said ‘It is an established fact that in the annals of human society, the burden of shaping the trajectory and path of sanity as well as building the society into an egalitarian enclave, is placed upon the shoulders of some distinct individuals more than others; and this category of men and women who have the sacred duty of serving as priests in the temple of justice, no doubt, have the higher burden of providing the right pathway for societal orderliness and harmony’.

The former Attorney-General of the Federation described Rhodes-Vivour JSC as ‘remarkable gentleman whose private and public life epitomises a beautifully woven loop that combines the foregoing three distinct threads – an outstanding man in character and nobility with an illustrious pedigree; a prodigiously blessed Nigerian, and a quintessential jurist.

‘Going by the quality of the content, its rich language of delivery and graphical easy access lay-out, I consider this book which is not a biography, but an extract of the notable pronouncements of His Lordship, as a highly commendable contribution to the deepening of the frontiers of our jurisprudence and the Nigerian society in general. It is edited by a man who, as demonstrated in the work, writes with the commanding authority and lucidity of an expert in judicial matters, as he captures the reader’s mind by drawing it evocatively into a fascinating voyage of discovery in the judicial philosophy of His Lordship, vis-à-vis his orientation, value espousals, as well as the spirit, intent and principles of law. The book elegantly chronicles the plethora of landmark rulings and judgements (748) of His Lordship during a period spanning his eventful 27 years on the Bench, particularly from his days at the Court of Appeal and through to his days at the nation’s Apex Court – the Supreme Court.

‘The book is beautifully presented in very lucid and rich language and style. Each chapter is deeply combed and interrogates every critical juncture and phase of the judicial pronouncements and actions of His Lordship, and commendably brings out the fine details in an unambiguous honest manner, without undue embellishments. It comprehensively covers almost the entire gamut of our judicial system, brings to the fore in very simple and easy to connect with language and style, the prime place of enriching and dignifying noble personal convictions in the delivery of judgements, which are anchored on the sanctity and pre-eminence of the law. It is presented in six hundred and 658 pages, in two parts and 72 chapters; Part A being the Profile of His Lordship and Part B which contains his Notable Pronouncements.

Essentially, the book as noted in the foreword by Nigeria’s foremost female Senior Advocate of Nigeria and an outstanding amazon of the Bar, Chief Folake Solanke, OON, CON, copiously highlights the formidable judicial actions of his Lordship in a most compelling, authentic and impactful manner. Simply put, the book is very rich and outstandingly deep in content. The overall quality of the work is considered superb.’

The second book was reviewed by the Deputy Vice Chancellor of the University of Lagos, Professor Ayo Atsenuwa.