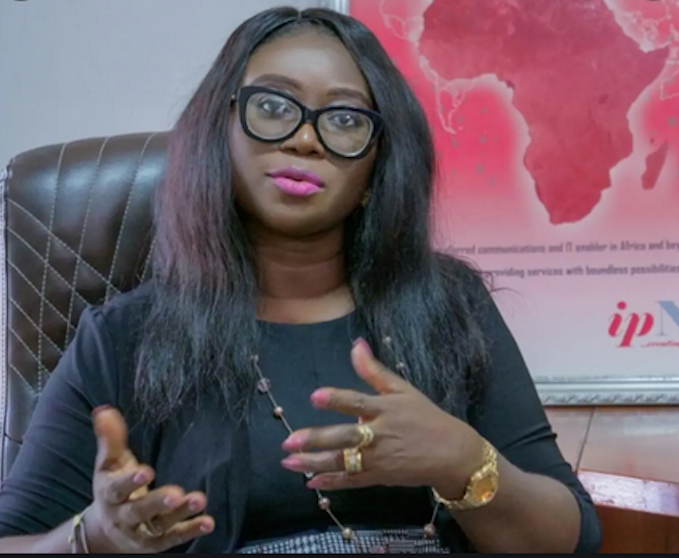 The Group Executive Director of Commercials at ipNX Nigeria, Bimpe Olaleye has called on Information and Communications Technology (ICT) stakeholders in Nigeria to pay close attention to the potential of the Fiber-To-The-Home (FTTH) sub-sector and use it to drive the country’s digital economy.

This much was stated during a virtual engagement on the new National Broadband Plan 2020-2025, organised recently by the Association of Telecommunications Companies of Nigeria (ATCON).

The National Broadband Plan 2020 – 2025, was designed to deliver data download speed of at least 25Mbps in urban areas, and 10Mbps in rural areas, with coverage available to at least 90 per cent of the population and a minimum of 70 per cent penetration rate by 2025 at a price not more than N390 per 1GB of data – all in a bid to drive the country’s digital economy.

Sharing the perspectives of the FTTH sub-sector, Olaleye said the importance of the broadband plan could not be overemphasised, and every hand should be on deck to facilitate its realisation.
According to her, “The broadband plan is a step in the right direction, particularly when its short, mid, and long-term benefits are considered. According to the International Telecommunication Union (ITU), every 10 per cent increase in broadband penetration in developing countries results in a commensurable increase of 2.5 per cent in GDP per capita. This shows how critical the plan is to build a future-proof economy and engender economic growth.”

She, however, noted that the last-mile fiber (FTTX), which will deliver the actual use cases of digital transformation such as telemedicine, virtual learnings, e-entertainment, virtual realities, among others that are imperative to closing the digital divide and bridging developmental gaps, was not given adequate focus in the plan.

“The broadband plan relies more on mobile networks that,though could quicken the rapid penetration rate, cannot provide the heavy bandwidth capacity required to drive high-end digital applications that will launch the country into socio-economic development and technological advancements. Interestingly, last-mile fiber (FTTX) could, in the immediate, enable us to tap into the wealth of experience and expertise of the advanced nations at very minimal costs, thereby conserving our scarce foreign exchange,” Olaleye said.

Commenting further on the significance of the FTTH sub-sector to the new broadband plan, Olaleye stated that the sector provides quick wins towards the attainment of the set targets.

“The FTTH sub-sector is ahead in some of the targets set out in the plan, and due to its advanced status, it holds a very critical position on the journey towards an efficient and effective digital economy. Currently, FTTH operators are providing an average download speed of over 20Mbps, and a number of them like ipNX Nigeria are providing over 100 and 200Mbps, not only to large enterprises and SMEs but also to homes. In the same vein, FTTH encourages affordability due to its fixed nature, with pricing at sub-N100 per Gigabyte. Fiber penetration, however, remains a huge setback as it is currently below 1 per cent. I urge all stakeholders to support the sub-sector to considerably increase penetration,” Olaleye said.

The Divisional CEO, ipNX Business, Mr. Segun Okuneye, while delivering a presentation on behalf of the Internet Service Providers (ISPs) sub-sector, called on government and other regulatory bodies not to see broadband infrastructure as a way to gather quick Internally Generated Revenues (IGR), rather, they should view it as a means to an end due to its potential to positively impact the country’s economy.

According to him, “As we continue to deepen broadband penetration, government needs to prioritize ease of doing business in order to motivate operators – incentives such as special waivers, rebates on taxes and duties, licensing fees, Right of Way (RoW) intervention, and other critical factors must be looked into. Additionally, access to residential communities must be completely unimpeded to fast-track the realization of the set objectives.”

Okuneye called on the state and federal governments to continue to formulate economic and regulatory policies that will propel operators to deliver on the plan.