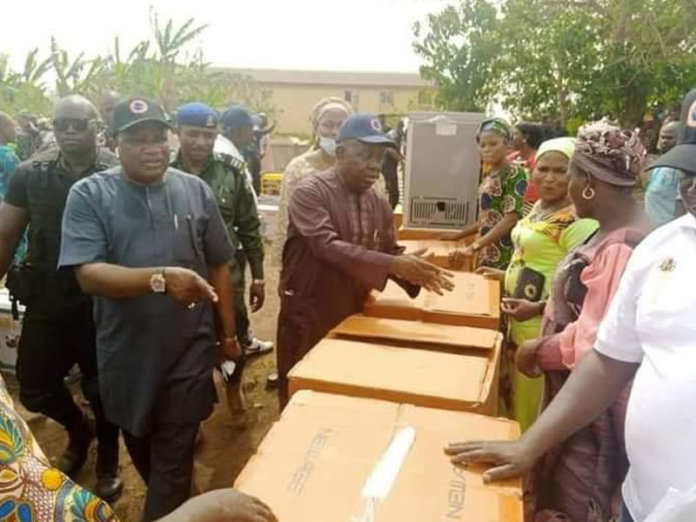 Better known as KLM, the unassuming politician has continued to walk his talk with genuine projects evenly executed across all the 22 wards in his constituency.

Known for his humility and commitment to the well-being of his people, Lawal, few days ago commissioned multiple projects which included: educational facilities, maternity centre, solar powered boreholes and other facilities1within his constituency.

The well-attended commissioning ceremony witnessed the official handing over of a brand new modern public toilet at Sabo market in Owode Yewa.

The development train moved further to Oke-Odan with the commissioning of a Block of 6 Classrooms with store, toilet and furniture at Muslim Primary School, Oke-Odan. A solar powered borehole was also commissioned to ease the burden of water scarcity for the people of Oke-Odan.

Other projects being commissioned also included a well-equipped maternity centre with borehole at Koko market, solar powered borehole at Idiroko and a block of 2 classrooms with office, store and furniture at Ipokia Local Government Primary School, Idolorisa.

Other beneficiaries of the gesture included Tube, where a modern public toilet with functional borehole was commissioned at Tube market. The people of Erinja Ile also benefited from the modern borehole project.
The people of AladigunMos, CDA in Idiroko also got a brand 500kva transformer.

Lawal who has hit the ground running since his electoral victory in 2019 also empowered ten of thousands of women and youth with various financial packages and empowerment tools which was carried out at his constituency office located in Oke-Odan.