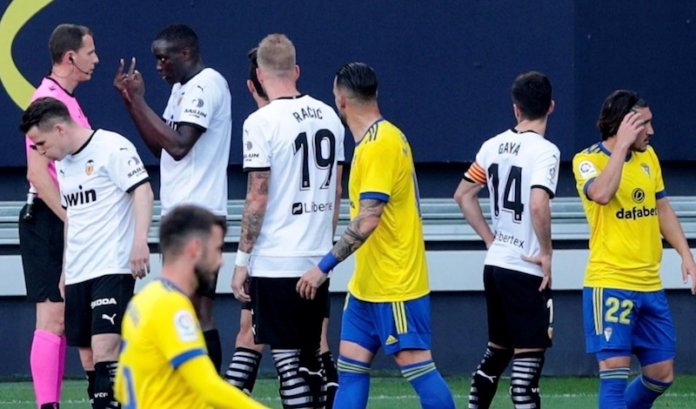 Valencia walked off the pitch during their La Liga game at Cadiz in response to an alleged racist comment, before later returning to continue the match.

Valencia’s players left the pitch in protest and the club said Diakhaby, 24, “received a racial insult”.external-link

He later asked his team-mates to return and they resumed the game but without Diakhaby, who was substituted.

“We offer our complete backing to Mouctar Diakhaby,” Valencia said.