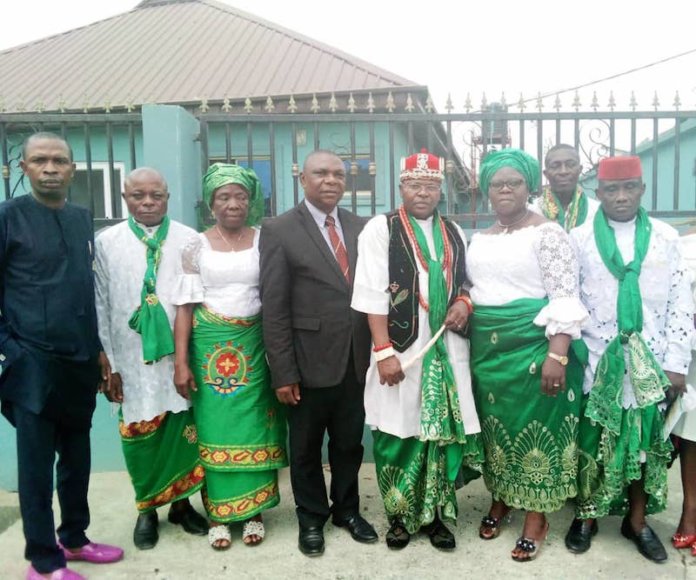 The Association of Akwa-Cross Indigenes Nigeria has expressed dismay over the seeming negligence exhibited towards the association by both the Akwa Ibom and Cross River State governments.

This was revealed during the annual thanksgiving service of the association held recently to thank God for His unwavering faithfulness, mercies and divine intervention, despite numerous challenges facing the group and country in general.

Speaking during the church service held at Preaching Deliverance Healing Ministries, Itire, Surulere, Lagos, last Sunday, the President-general, Etubom Unyime Samson, said “My annoyance today is that, as a group, the efforts we have made in promoting enduring unity and love, have not been recognise by our own states governments, but rather our efforts are being recognised and appreciated more by non- indigenes and government of other states. This is bad and sad.”

Lamenting further, Samson said, “Those that our governments put to represent them in Lagos, for example, are only working for their selfish interest.

“Things do happen to our indigenes which they are supposed to come to their aid, but they give deaf ears, they do not care and do not pass the information to the government who put them there; even to respond to telephone calls is a problem.”

Samson who revealed that the Lagos State government has so far given Akwa-Cross indigenes one hundred slots of employment, added that presently, those employed have received March salary.

“It is time to have a re-think and begin to do the needful for the interest and betterment of all,” he added.

Samson while thanking the governors of the two sisters states in particular for ensuring unity, security, peace and progress in the states, appealed to them to pay attention and listen to the plights of its people in Diaspora, Lagos in particular, and carry them along in all activities, policies and programmes of the states.

He used the occasion to call on people of the two sister states to unite in love and speak “with one voice” as a way to achieve development and peace.

Samson urged Akwa-Cross indigenes to learn from history that brought them together, to effectively tackle things that could bring disunity, hatred and lack of cooperation.

According to him, “Akwa Ibom and Cross River States were known to be one, and there is still need to promote that brotherhood as we still share things in common.”

In his sermon, which dwelt on the powers of thanksgiving, sacrifice and praises to God, minister in-charge of the host church, Evang. Victor Robert, said the mystery of expressing gratitude to God should not be taken for granted, as God honours the praises and thanksgiving of his people