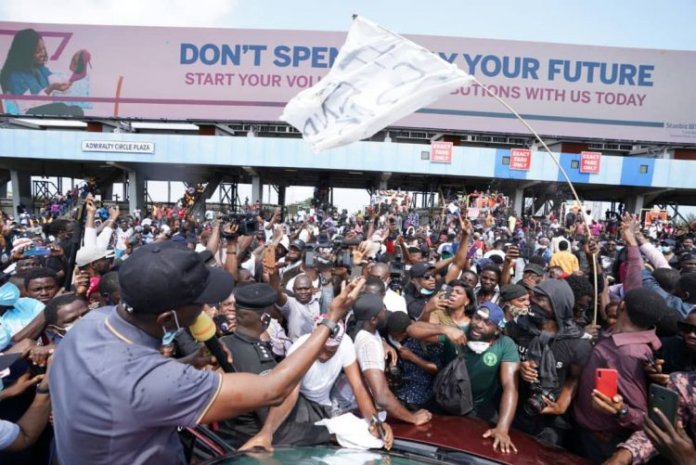 The Lekki Toll Gate incident of October 2020 involving the Nigerian Army and #EndSARS protesters has attracted the attention of the United States in its “Country Reports on Human Rights Practices for 2020’’, released yesterday by the United States – Department of State, Bureau of Democracy, Human Rights and Labour.

In the report titled ‘Nigeria 2020 Human Rights Report, Executive Summary,’ the United States declared that “accurate information on fatalities resulting from the shooting was not available,” as at the end of 2020.

The report alleged that the Nigeria police, army, and other security services sometimes used force to disperse protesters and apprehend criminals and suspects.

According to the report, police officers engaging in crowd-control operations attempted to disperse crowds using non-lethal tactics, such as firing tear gas, before escalating their use of force.

The report noted that on October 20, 2020, the security forces enforced curfew by firing shots into the air to disperse protesters, who had gathered at the Lekki Toll Gate in Lagos to protest abusive practices by the Nigerian Police Force’s Special Anti-Robbery Squad (SARS).

“Accurate information on fatalities resulting from the shooting was not available at year’s end. Amnesty International reported 10 persons died during the event, but the government disputed Amnesty’s report, and no other organisation was able to verify the claim. “The government reported two deaths connected to the event. One body from the toll gate showed signs of blunt force trauma. A second body from another location in Lagos State had bullet wounds,” the report explained.

It also noted that as the end of last year, the Lagos State Judicial Panel of Inquiry and Restitution continued to hear testimony and investigate the shooting at Lekki Toll Gate.

The report added that in August last year, a military court-martial convicted a soldier and sentenced him to 55 years in prison after he committed a homicide while deployed in Zamfara
State.