Emmanuel Addeh in Abuja
The Transmission Company of Nigeria (TCN) has installed and energised a 40MVA, 132/33kV power transformer and a new R2 75MVAR 330kV reactor at the Yauri, Kebbi state and Jos transmission substations respectively.

The company noted that the newly commissioned power transformer brings the Yauri substation capacity to 80MVA, saying that with the new transformer, the substation now has six outgoing 33kV feeders.

A statement by the General Manager, Public Affairs, Ndidi Mbah, stated that four of the feeders, including the Yauri, Koko, Zuru and Ingaski feeders are now in service, while two others are for future demand by Kaduna Electricity Distribution Company (KEDC).

She disclosed that the Yauri 2x40MVA 132/33kV substation project was awarded in 2007, saying however, that the inability of the contractor to complete the project, caused TCN to take over the project.

According to the company, the new installed transformer has upgraded the substation capacity by 32MW and consequently improved bulk power supply to the southern part of Kebbi State, through KEDC.

In the same vein, TCN said the reactor was installed at the Jos 330/132/33kV transmission substation and was also commissioned on the 18th of March, 2021 and will complement the existing R1 75MVAR 330kV in the substation.
“With two standard reactors in place at the substation, TCN now transmits stable and quality voltage to Plateau, Bauchi, Gombe and parts of Benue, Taraba, Yobe and Kaduna States.

“The Yauri and Jos substations projects are part of projects articulated in TCN’s Nigerian Electricity Grid Maintenance, Expansion and Rehabilitation Programme (NEGMERP), and TCN intends to continue to ensure the diligent implementation of the projects which is geared towards putting in place a robust and very efficient grid,” Mbah said.

FHA Begins Payment of Contractors
Emmanuel Addeh in Abuja
The Federal Housing Authority (FHA) has disclosed that it had begun the payment of contractors who have completed their jobs after verification, especially contractors handling the Zuba and Guzape sites in Abuja, Nigeria’s Federal Capital Territory (FCT).

A statement from the Public Affairs Department of the organisation recently, which was signed by Mr. Kenneth Chigelu, noted that the development was in keeping with a resolution reached at the meeting held between the management and the representatives of the contractors on Tuesday, 16th March, 2021.

“It is important to note that the authority under the leadership of the Managing Director/Chief Executive, Senator Gbenga Ashafa remains committed to the dictates of public accountability which require the verification of work done, before projects are paid for,” the statement added.

The FHA management assured stakeholders and partners that the authority would continue to hold in high regard the existing strategic partnerships in order to deliver on its mandates to the Nigerian people.
Earlier, the Ashafa-led FHA had explained that payments were delayed because of the organisation’s regard for due process in the auditing of the contractors.

“Since assumption of office, the new management, under the leadership of Senator Gbenga Ashafa, has made it a priority to adhere strictly to the ethics of public accountability in the payment of every contractor that has delivered on the agreed milestones, as it relates to the housing projects currently under construction.
“The delay in payments that resulted in the recent demonstration by contractors working on some of the authority’s projects was largely due to the extent of painstaking verification.
“This had to be carried out via rigorous auditing, on-site verification and physical inspection, quality control and compliance with global standards – all in a bid to ensure that the Nigerian people and prospective home owners get value for their money,” the FHA stated.

Why assuring every contractor, many of whom the FHA said it had enjoyed a long and healthy relationship with, the authority restated its commitment to pay off every outstanding debt owed to those who have completed their projects and have met with all agreed Key Performance Indices (KPIs).
The contractors had said they had not been paid for the Abuja Mass Housing Project in Zuba totalling N1.5 billion as well as the Apo housing project awarded in 2011 and completed since February 2020. 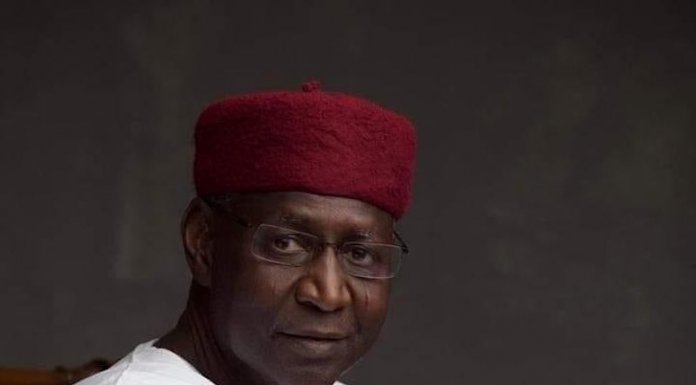