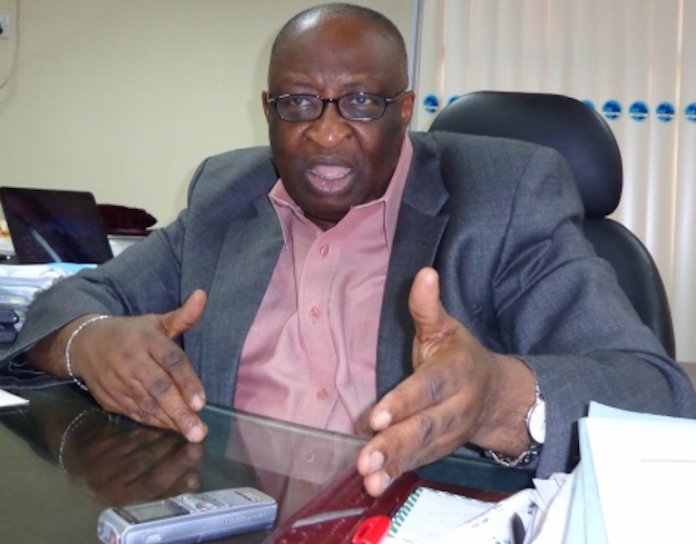 The federal government has been advised to embrace developmental state economic philosophy that would concentrate on poverty reduction for the benefit of every Nigerian citizen.

This advice was given by a Professor of Economics and Public Policy, University of Uyo, Prof. Akpan Ekpo, in a chat with THISDAY where he stated that the current economic framework of the government cannot achieve President Muhammadu Buhari’s desired objective of lifting 100 million Nigerians out of poverty.

Ekpo, who is also the Chairman, Foundation for Economic Research and Training, stated that, “the trickle-down economics the country is practicing could not reduce and eradicate poverty in a record time and leapfrog the country into prosperity.”

“But a developmental state economic philosophy will concentrate on poverty eradication for the benefit of us all and enable governments to perceive poverty as a priority and a development challenge and tackle it headlong and not as an appendage to development programmes,” he added.

The former director general of the West African Institute of Financial and Economic Management said poverty in Nigeria was getting worse due to many factors, such as, “rising unemployment, especially among youths, is a major contributing factor to poverty in recent times.”

His advice coincided with the recent release of the National Bureau of Statistics (NBS) report for Q4 2020 that showed that 23.19 million Nigerians are unemployed compared to 21.77 million recorded by the NBS as unemployed in Q2 2020.

The report indicated 33.3 percent unemployment level compared to 27.1 percent in the previous period in Q2 2020.

Ekpo said Nigeria needed a double digit economic growth that would be sustained for a period of at least 15 years to have a dent on poverty reduction.

He also stated that the poverty situation in the country has become worse due to the growing and widening inequality as “there are those who have jobs but are still poor because they are unable to meet the necessities of life.

“If poverty is to be reduced and/or eradicated, the widening inequality must be narrowed. In years past, there was poverty, but the country had peace.

“The growing tension in the society today is due partly to the growing inequality. Go to Lagos and Abuja airports and see the number of private jets in a country where more than 83 million live in abject poverty.

“The intense primitive capitalist accumulation is unprecedented in our history. It is, therefore, not surprising that President Buhari intends to move 100 million Nigerians out of poverty in ten years. However, the present economic framework cannot achieve his aim.”

He stated that government policies meant to address poverty were only effective on paper but their executions always end dismally.

He said: “Another factor contributing to poverty in Nigeria is bad governance. If the resources of the country are efficiently and effectively managed poverty no matter how it is defined would have reduced over time.

“Rather the elites have captured the state using it to enrich themselves and their cohorts.”