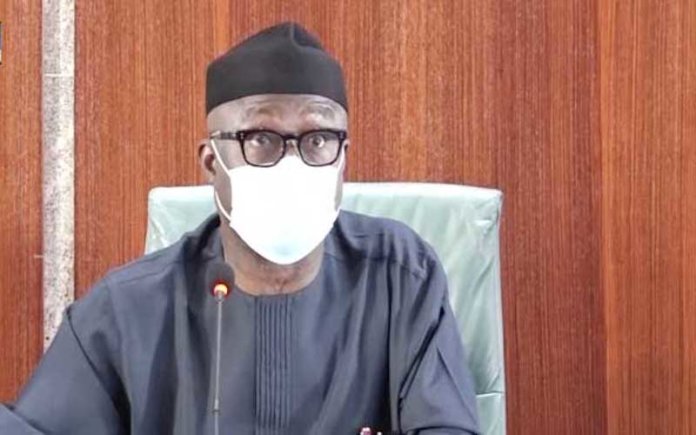 The Minister of Industry, Trade and Investment, Mr. Niyi Adebayo, has assured that the country will by 2023, be ranked among the first 100 countries in the global ease of doing business evaluation.

Speaking at the virtual Nigeria-Britain Trade and Investment Expo with the theme: “Unlocking the Future of Anglo-Nigerian Trade”, he drew a correlation between ease of doing business and economic prosperity of the country.
He pointed out that given the strong nexus, the country believed in the value of proactive investment facilitation in encouraging domestic and foreign investments into the country.

Adebayo said the consistent efforts of the Presidential Enabling Business Environment Council (PEBEC) in collaborating with the relevant private and public sector institutions had resulted in the steady improvement in Nigeria’s position in the World Bank Ease of Doing Business ranking.

He said already, the country had recorded improvements in its business environment especially in the last five years, based on the World Bank’s assessment through its Doing Business Index.

According to him, Nigeria’s ranking stood at 131 of 170 countries in 2020, up from 170 of 189 countries in 2016 adding that “We have also recorded improvements in the World Bank’s Sub-National Doing Business assessment.”

Speaking on efforts to attract investors to the country, the minister disclosed that Nigeria had revised its bilateral investment treaty (BIT) model with the provision for investment facilitation inserted to institutionalise the principle of supporting investors to actualise their investments.

He said:”We are optimistic that Nigeria will move further up and maintain a rate of improvement of 10 places per annum to become a top 100 contender in 2023.

Adebayo said President Muhammadu Buhari remained committed to improving the implementation of various trade facilitation programmes at all levels, pointing out that the National Trade Facilitation Committee (NTFC) is conferred with the mandate of resolving issues affecting trade facilitation at domestic and WTO level.

He said:”With its five-year framework for trade gacilitation reform, the committee is dedicated to ensuring simplification, modernization and harmonization of trade documents and procedures for easy flow of goods and services in International Trade.”

In a statement by his Special Assistant on Media, Mr. Ifedayo Sayo, the minister also stated that efforts are ongoing to modernise and upgrade the One Stop Investment Centre (OSIC).

He said the initiative which is currently at pilot stage seeks to achieve a speedy resolution of investors’ problems by bringing together the investors and government agencies required to resolve their issues into a “laboratory” until the issue is resolved.